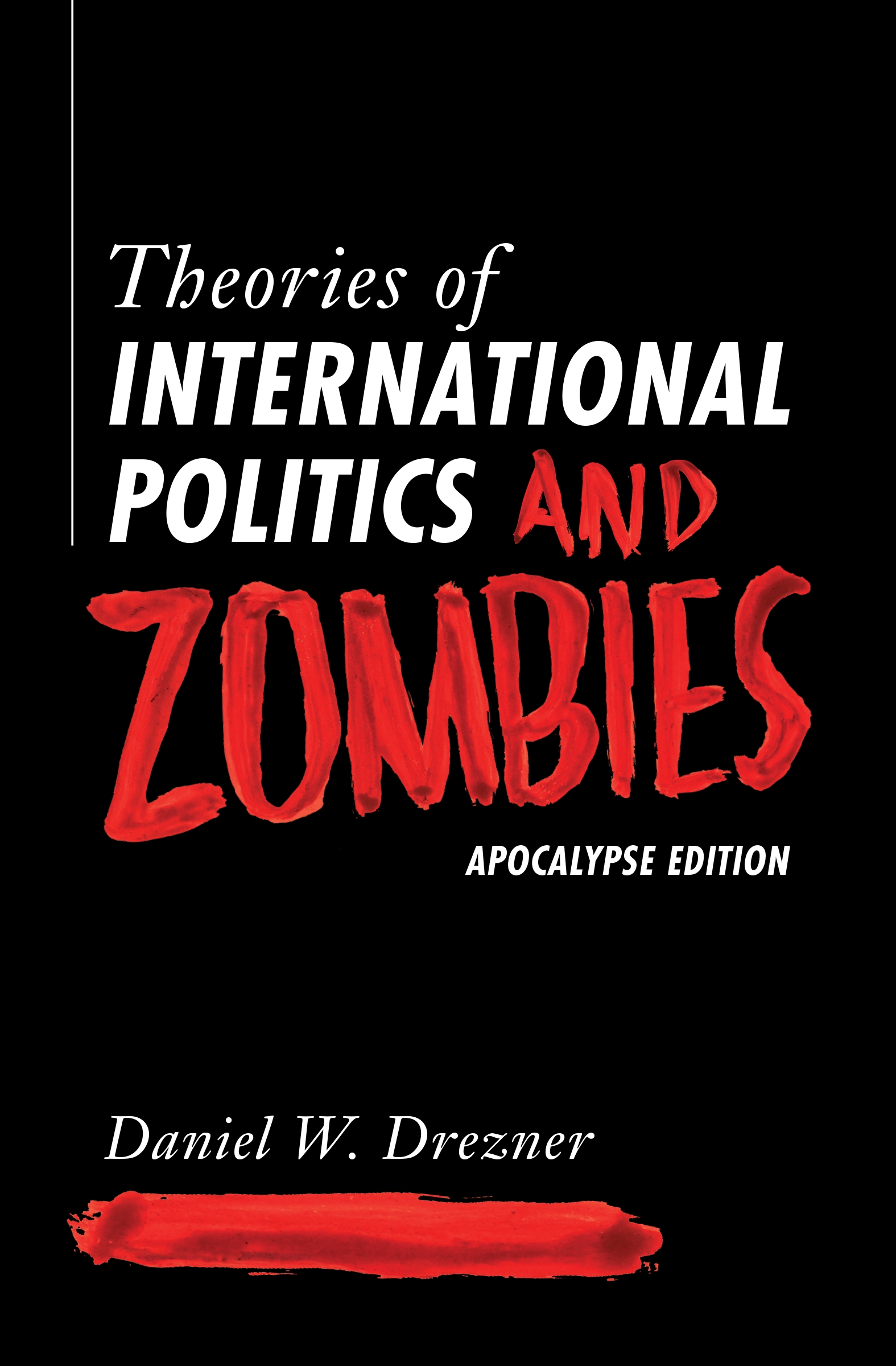 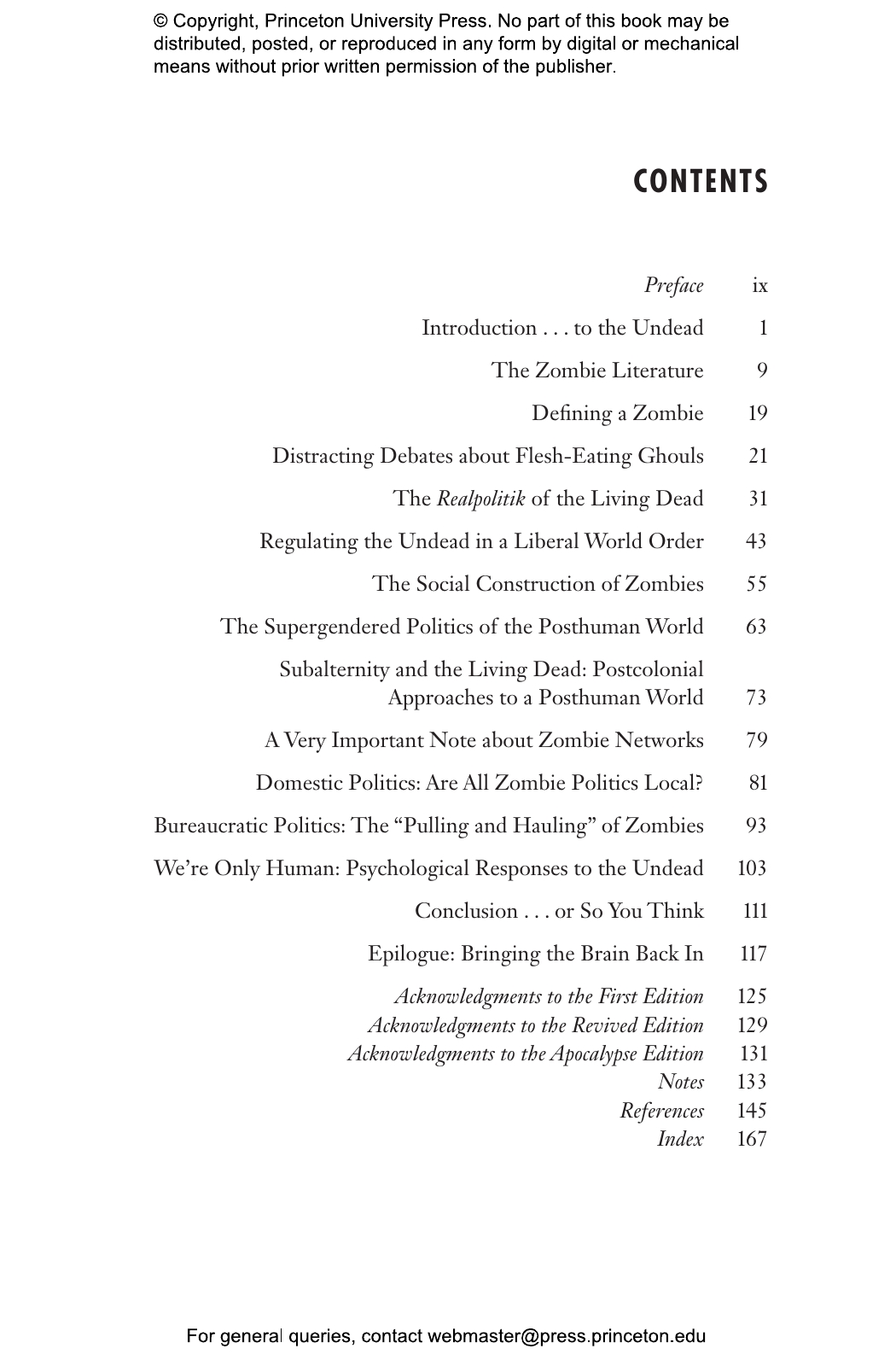 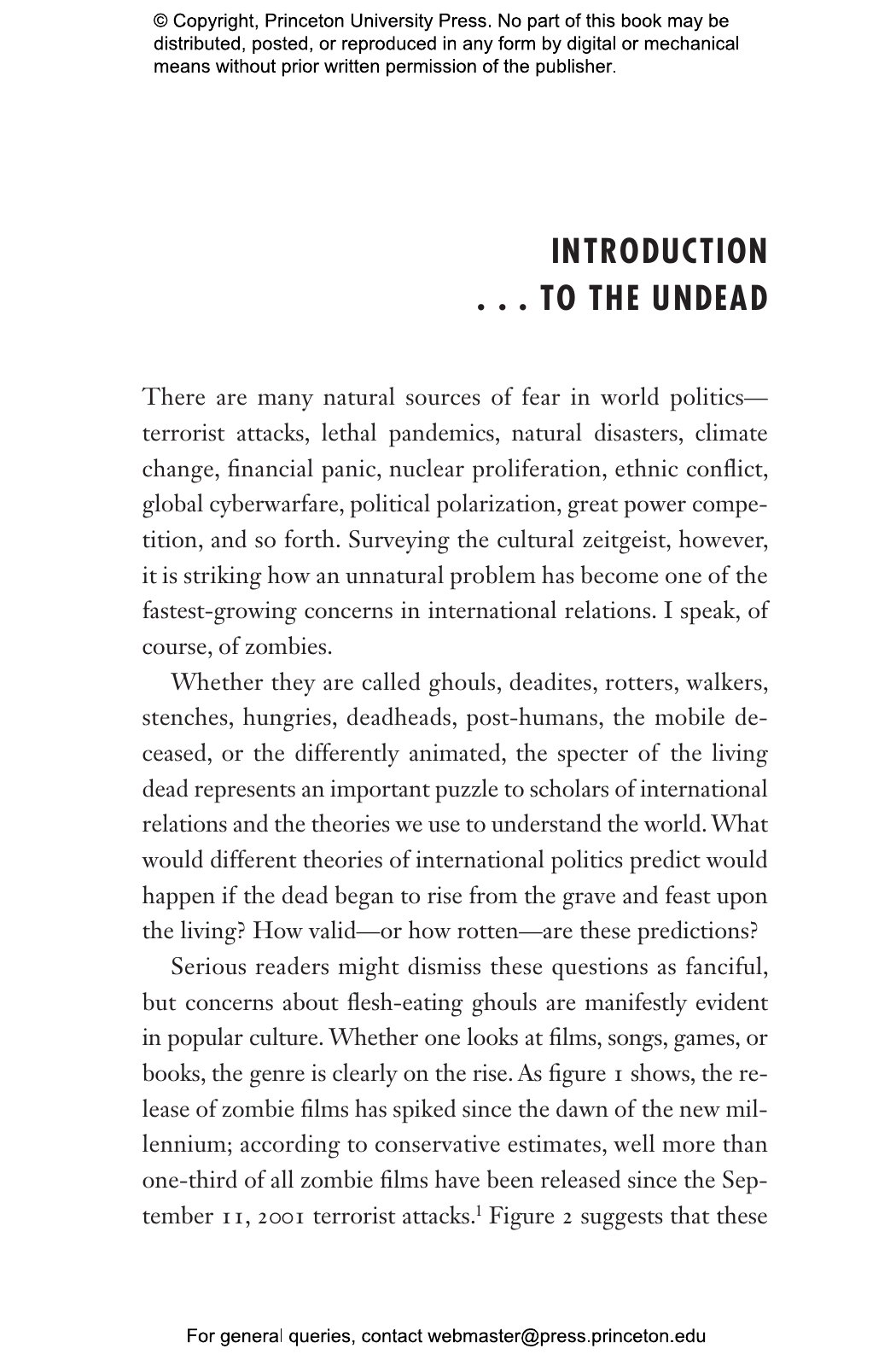 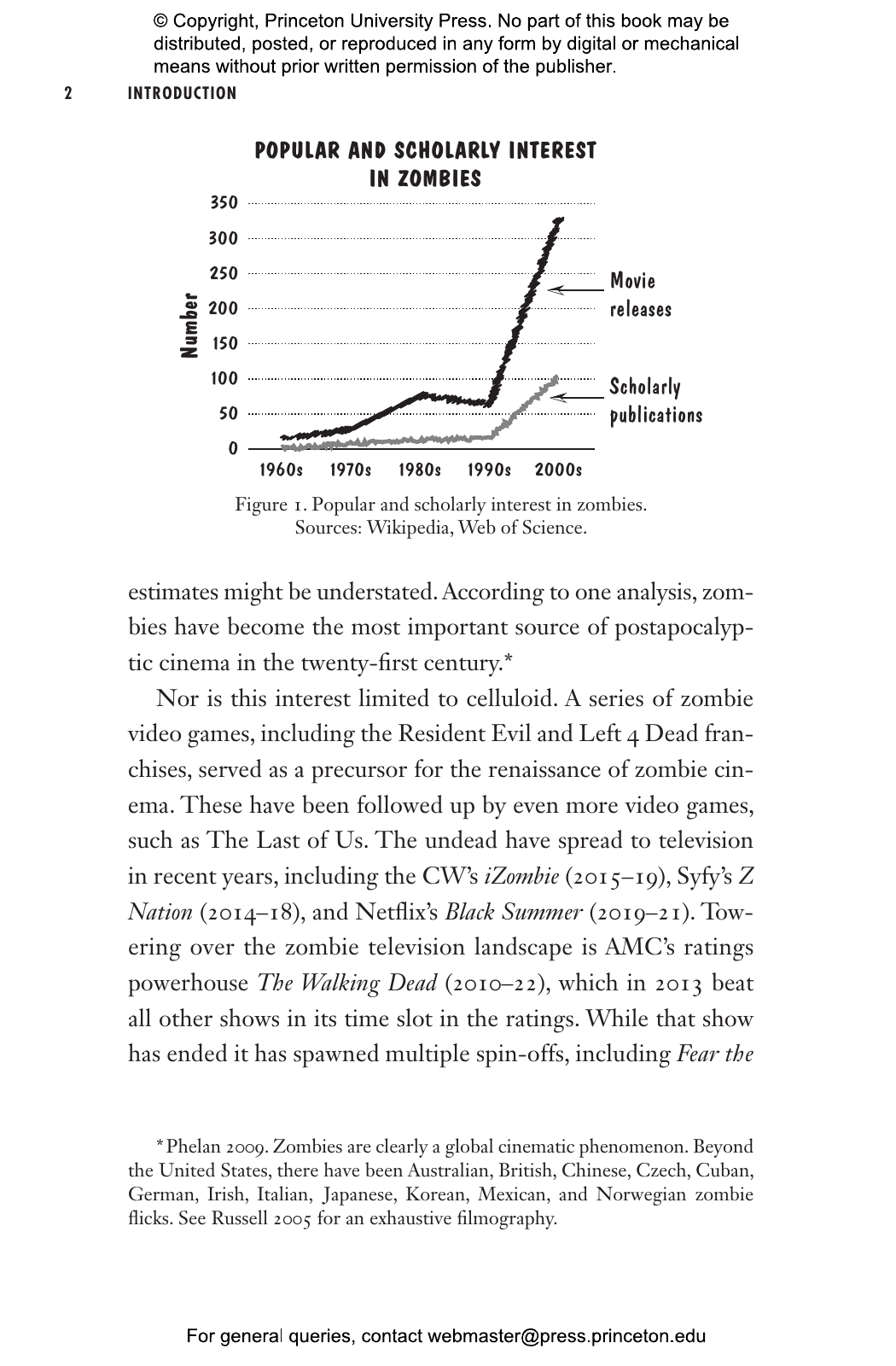 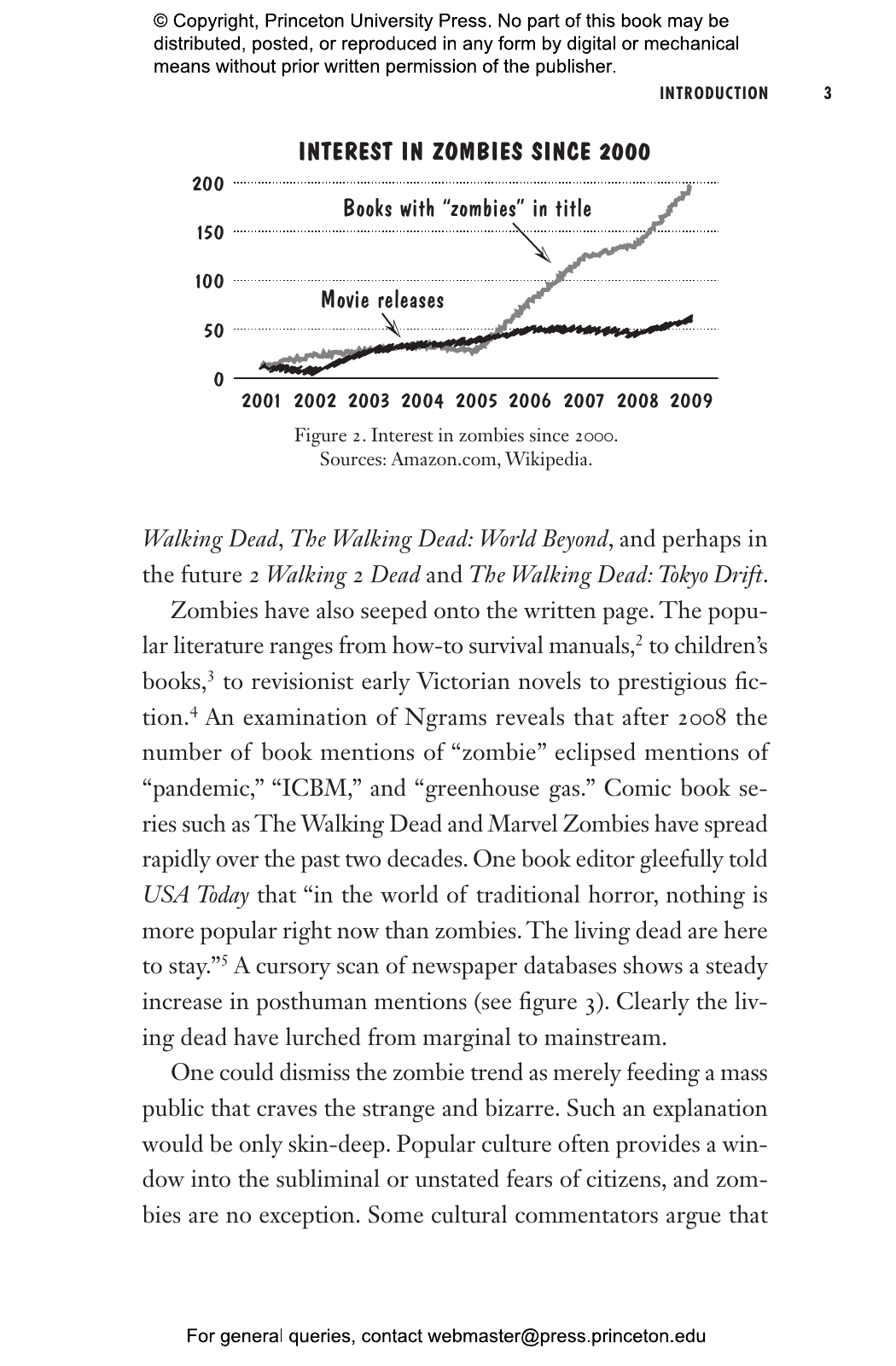 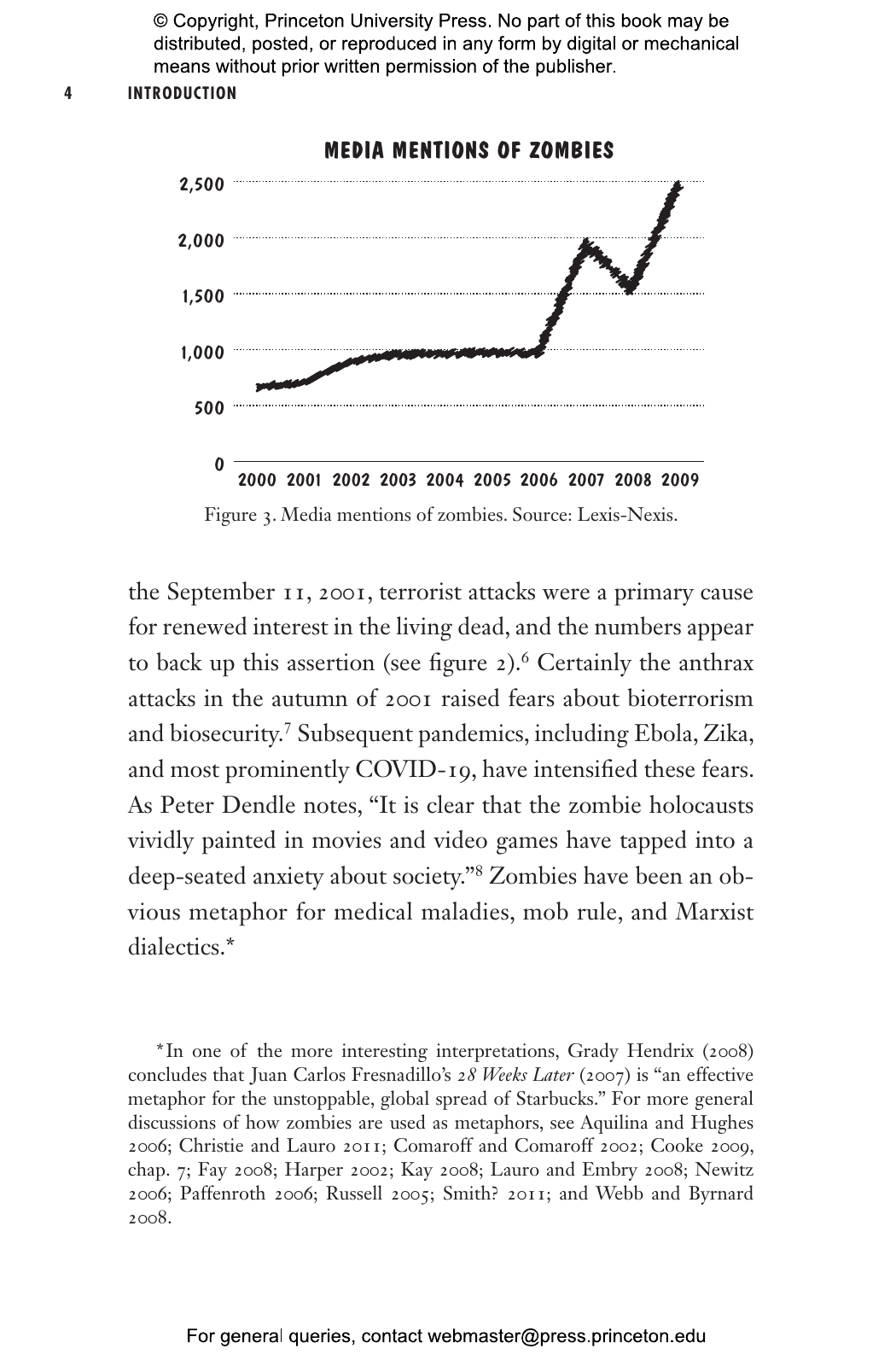 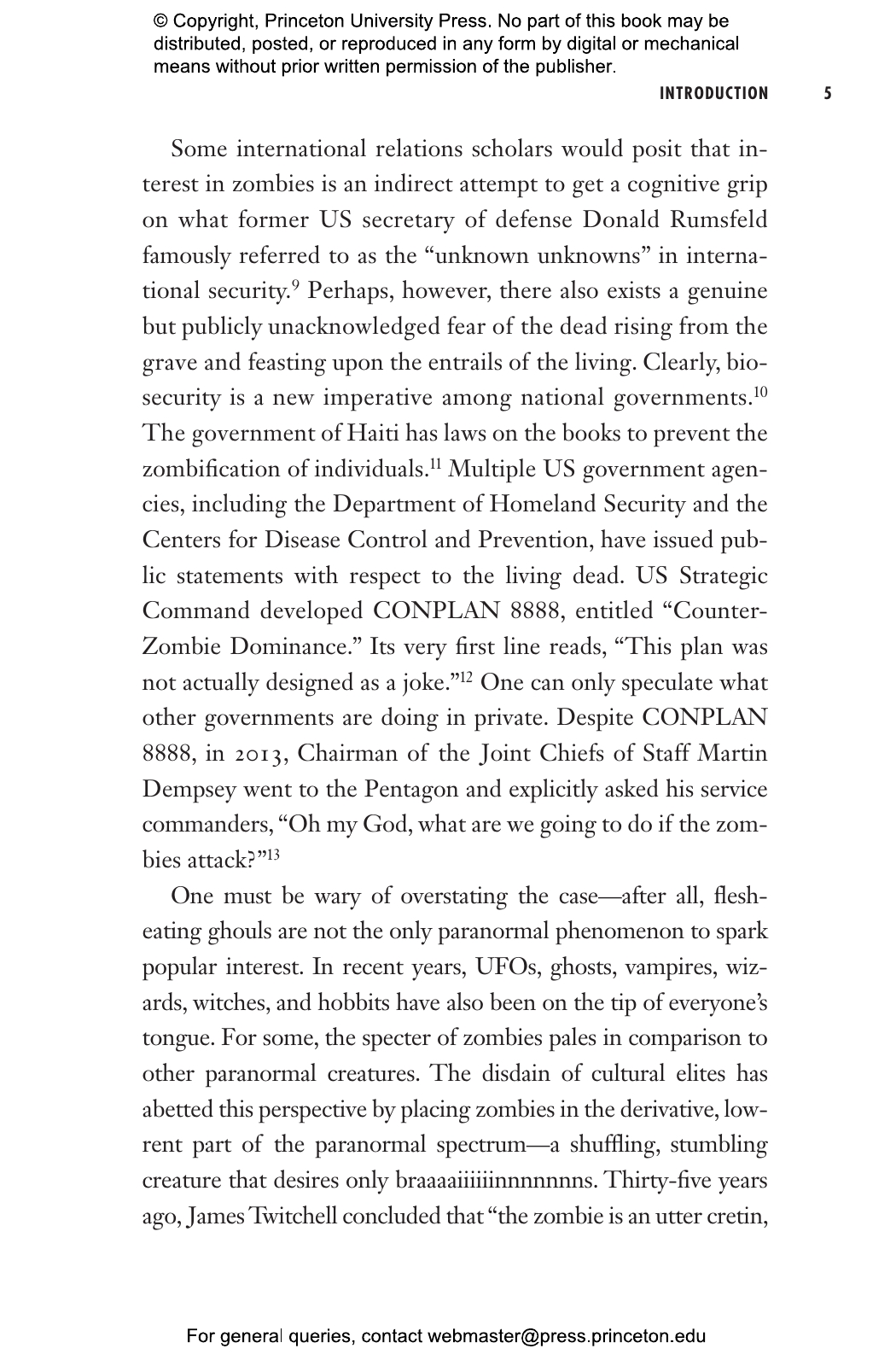 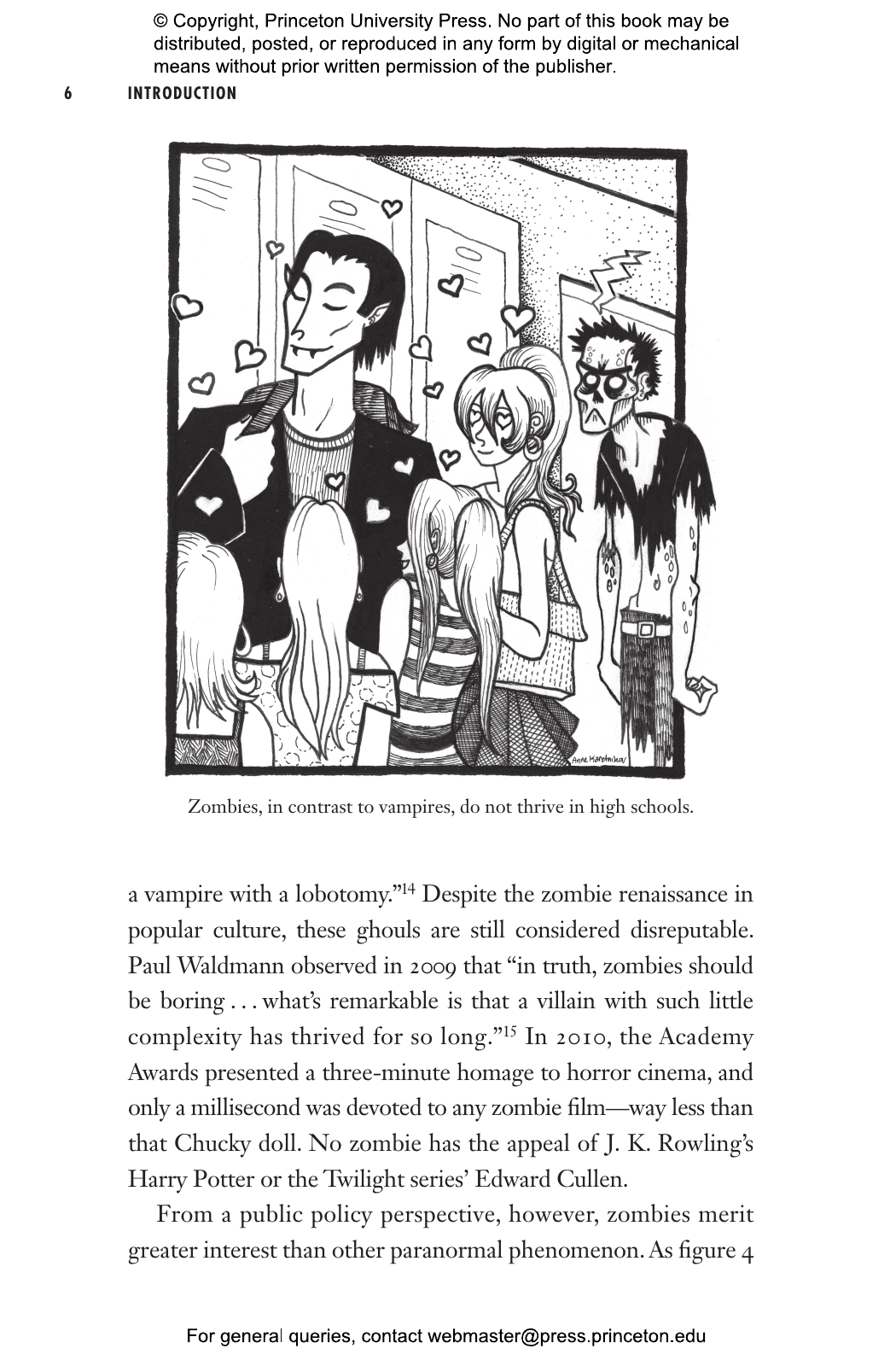 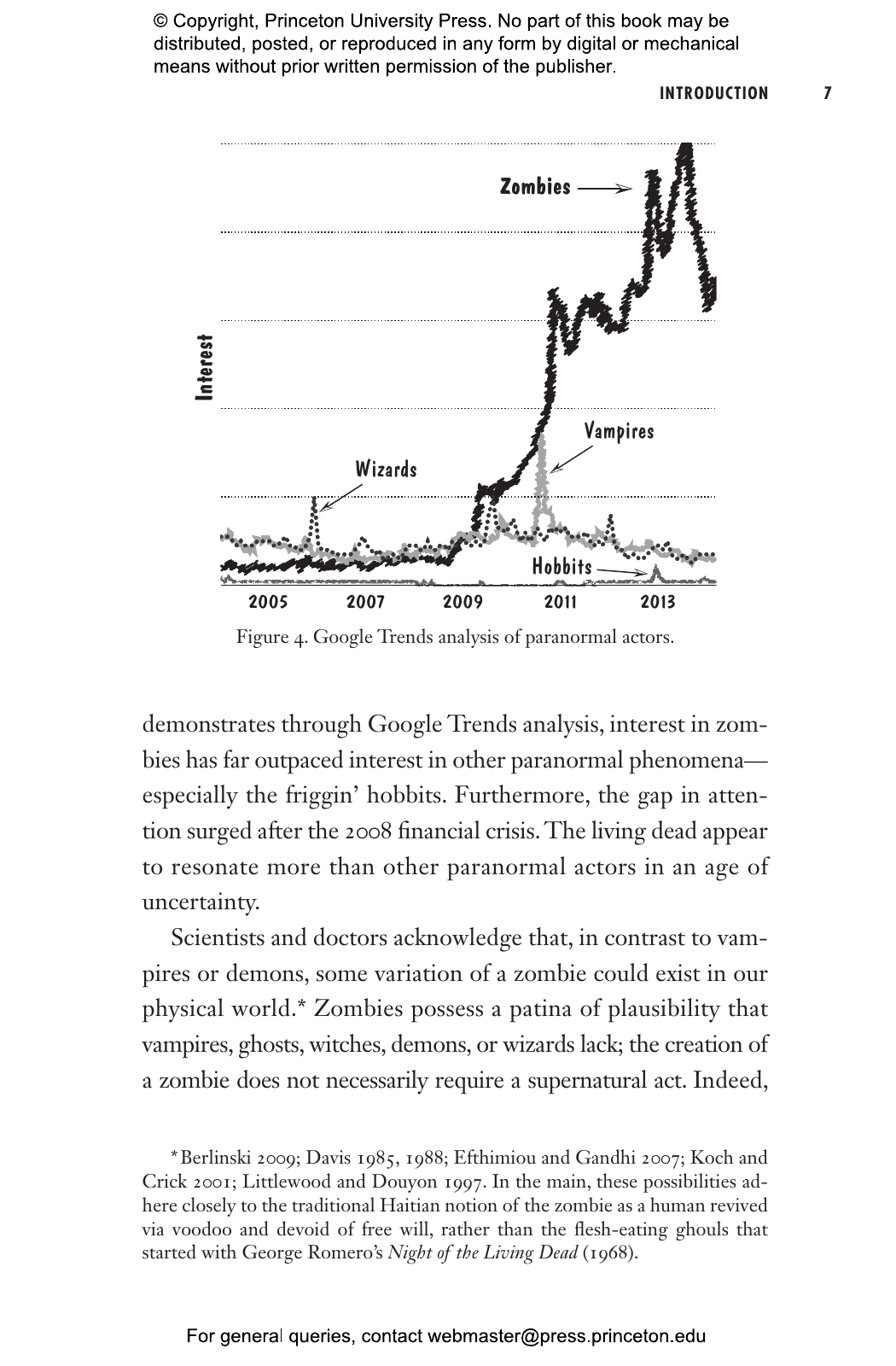 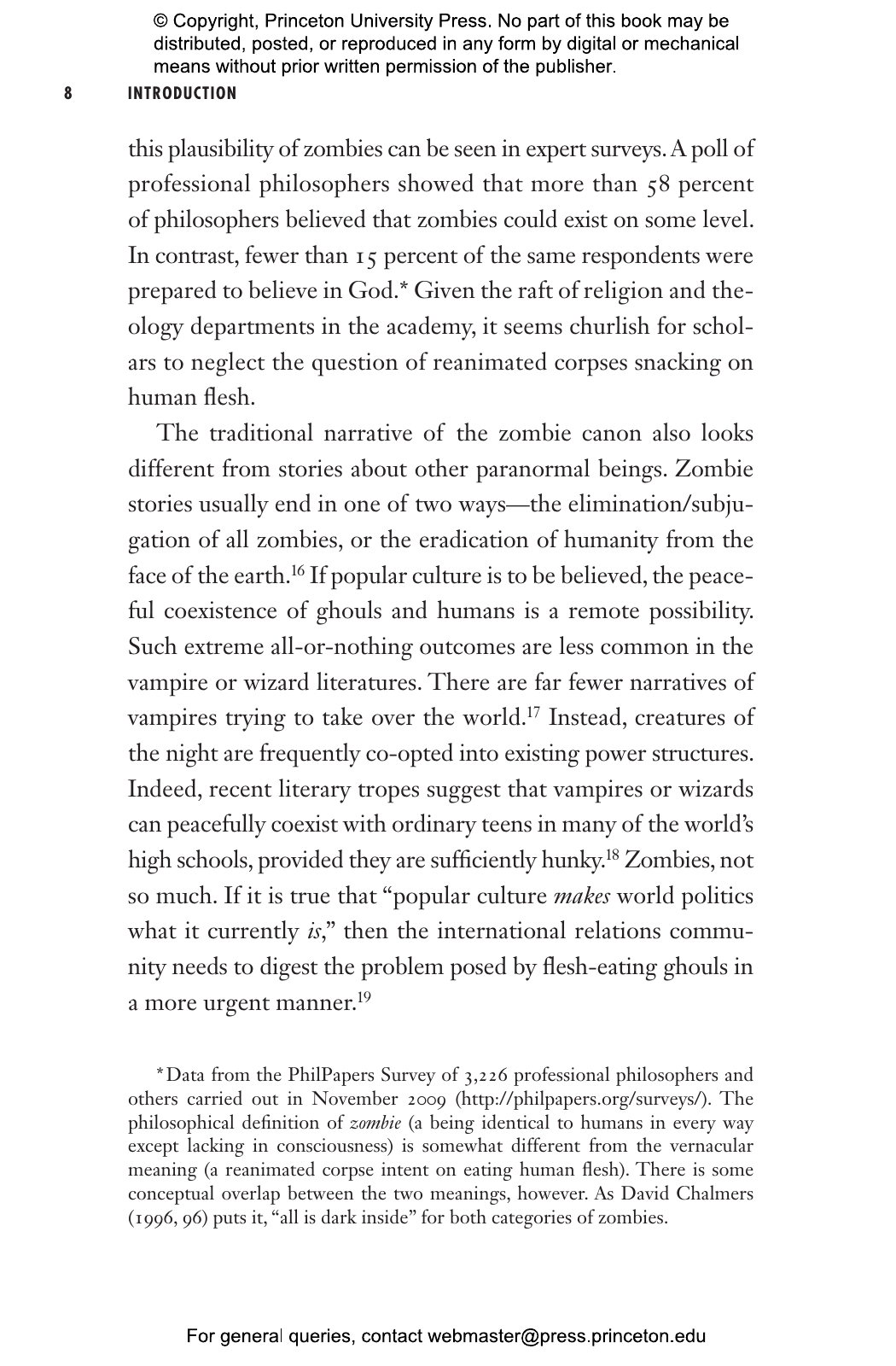 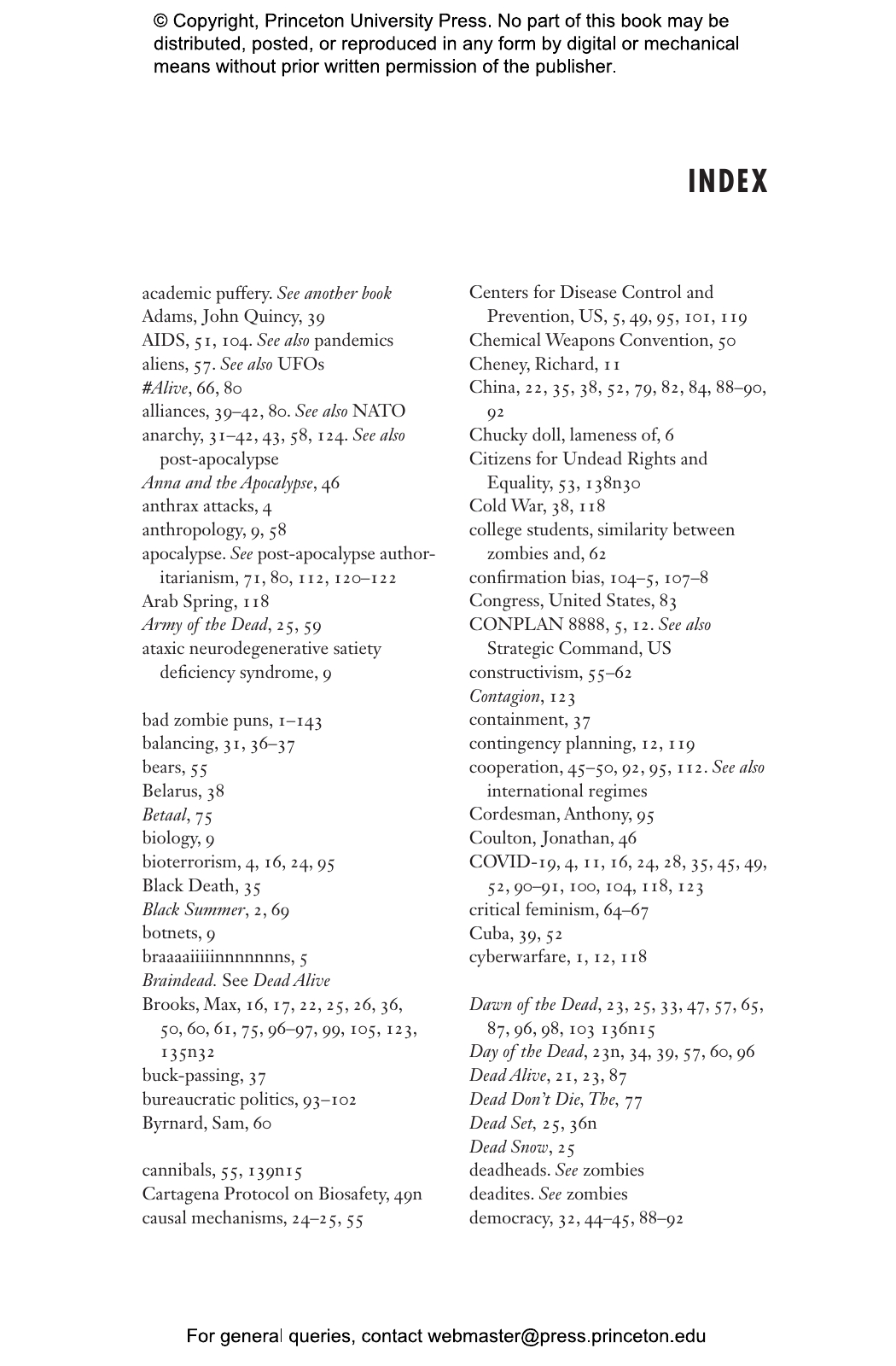 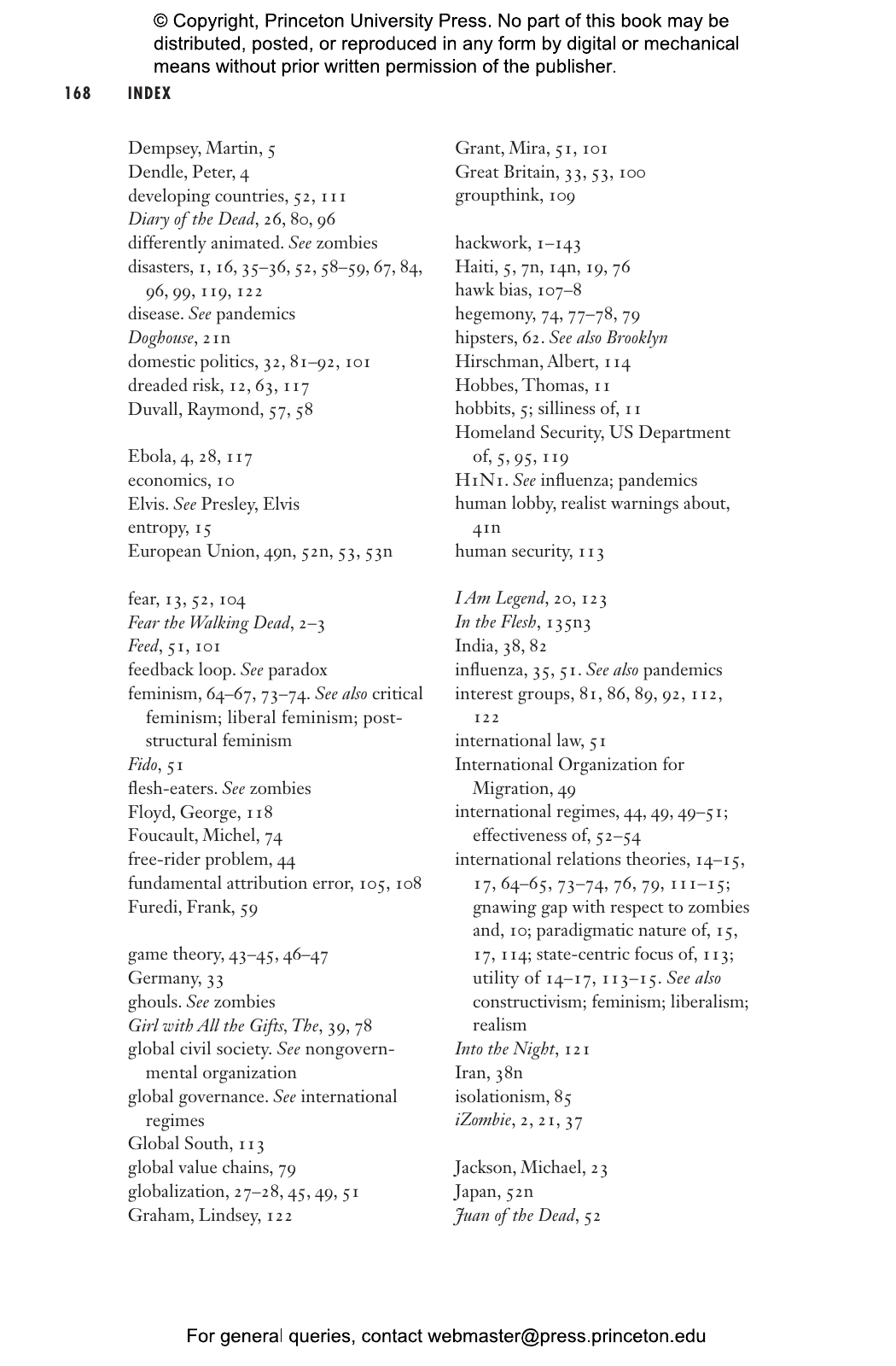 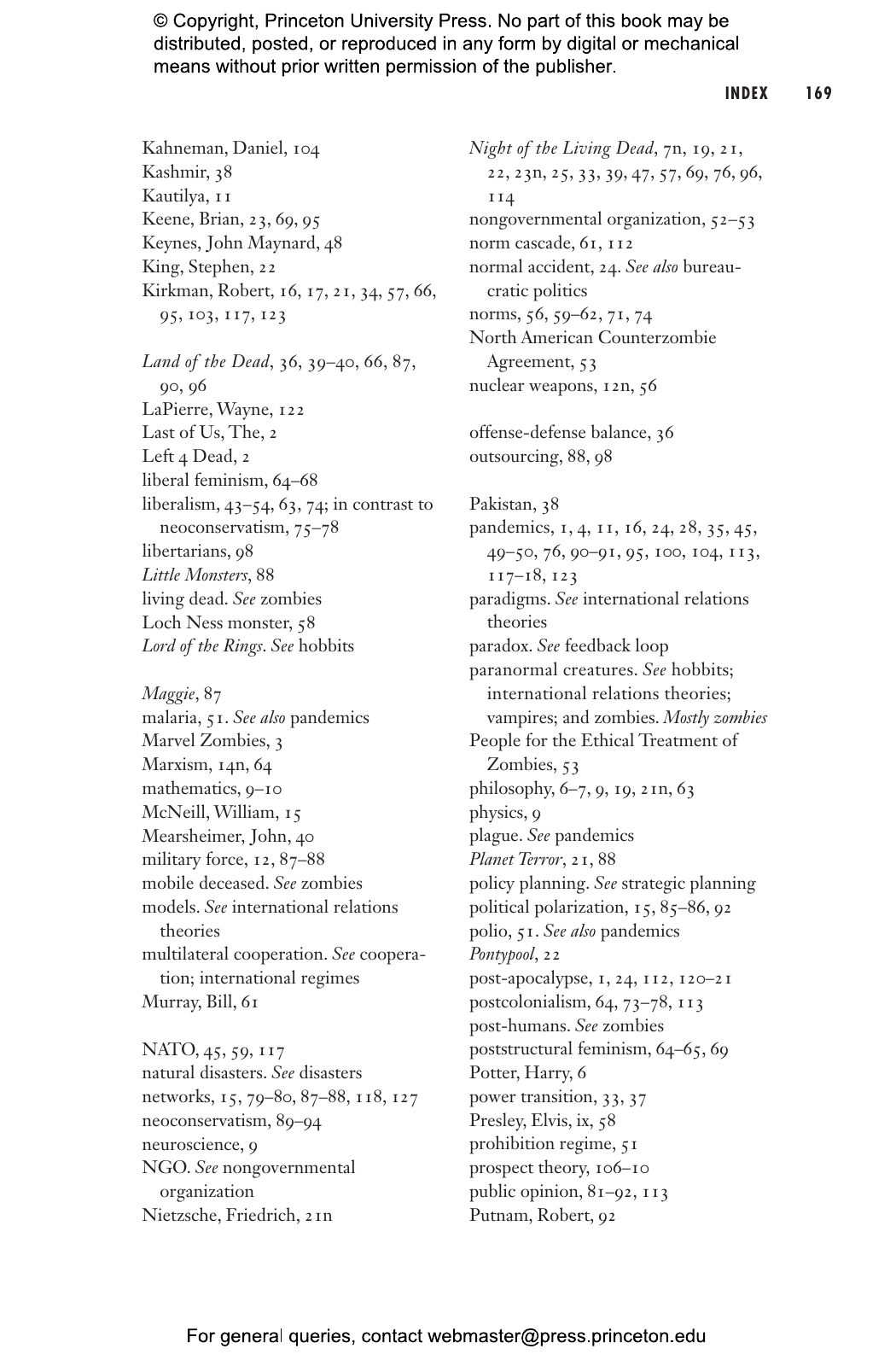 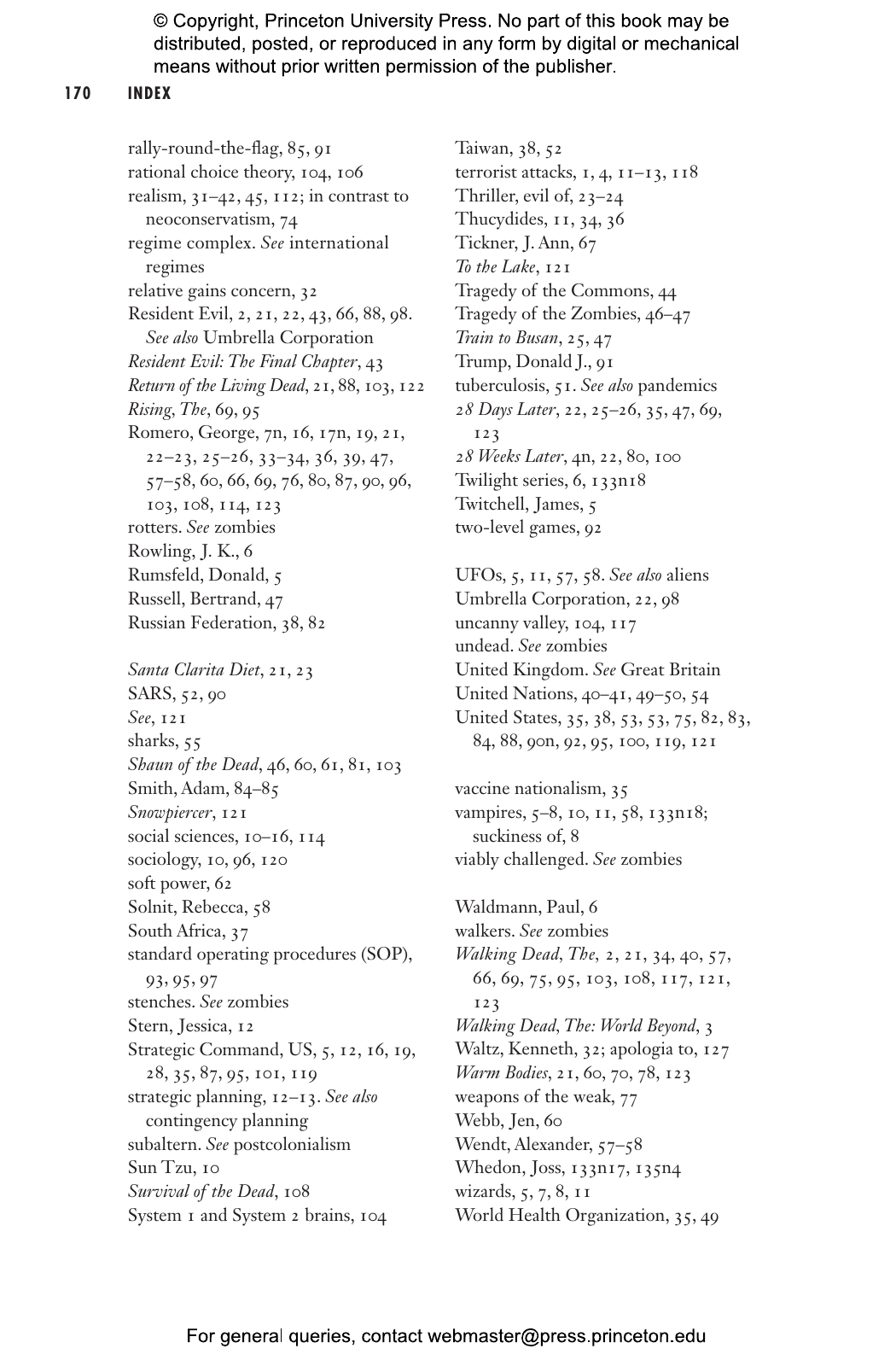 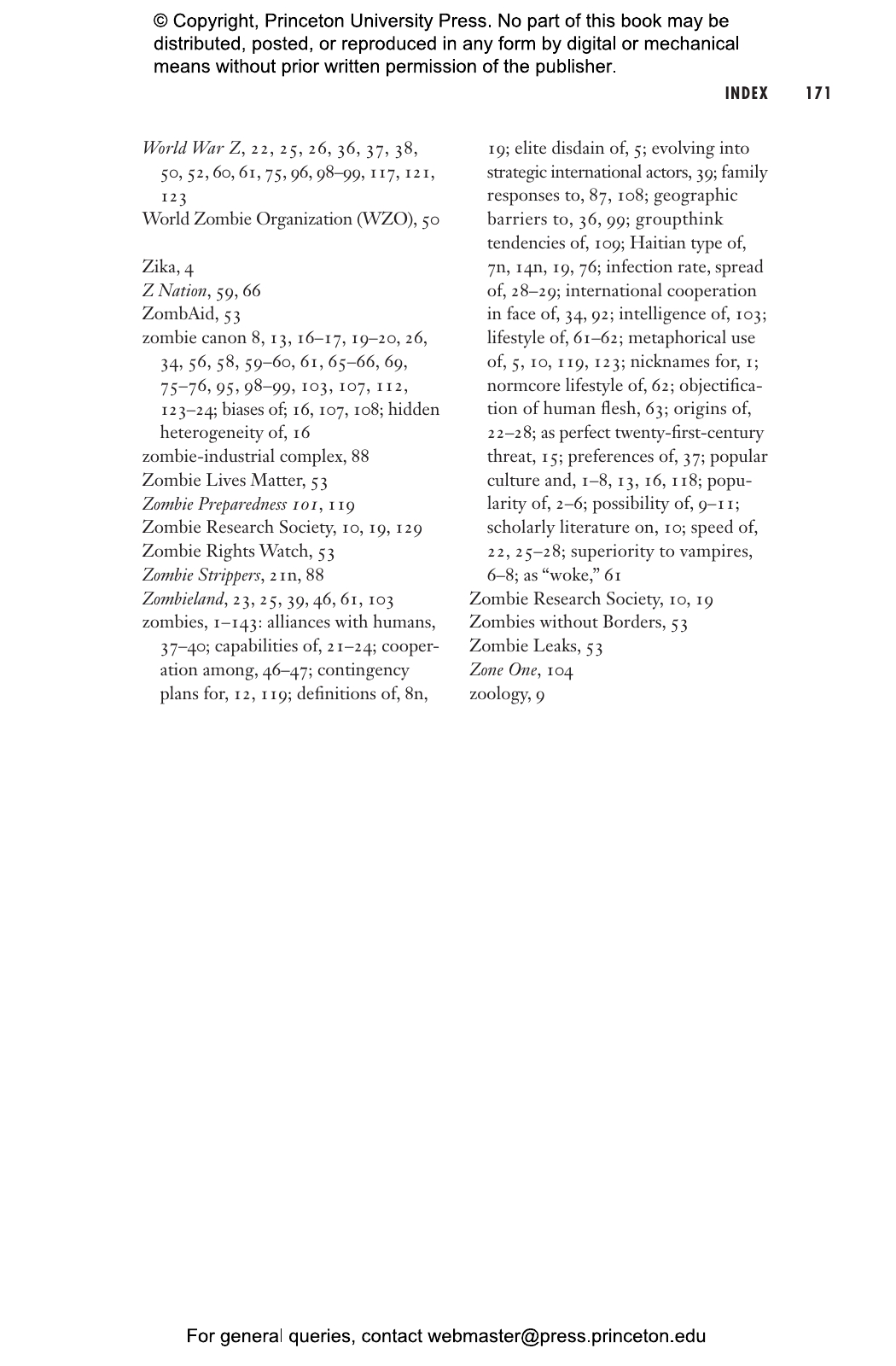 How international relations theory can be applied to a zombie invasion 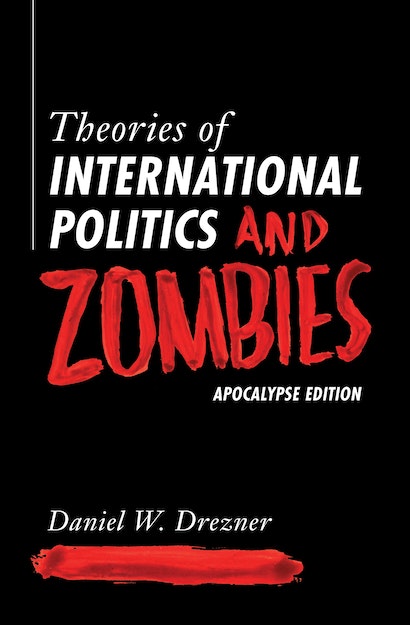 What would happen to international politics if the dead rose from the grave and started to eat the living? Daniel Drezner’s groundbreaking book answers the question that other international relations scholars have been too scared to ask. Addressing timely issues with analytical bite, Drezner looks at how well-known theories from international relations might be applied to a war with zombies. Exploring the plots of popular zombie films, songs, and books, Theories of International Politics and Zombies predicts realistic scenarios for the political stage in the face of a zombie threat and considers how valid—or how rotten—such scenarios might be.

With worldwide calamity feeling ever closer, this new apocalyptic edition includes updates throughout as well as a new chapter on postcolonial perspectives.

Daniel W. Drezner is professor of international politics at the Fletcher School of Law and Diplomacy at Tufts University. His books include All Politics Is Global (Princeton). He is a member of the Council on Foreign Relations and the Zombie Research Society.

Praise for the previous edition“Who knew international relations could be this much fun?”—Publishers Weekly

“If the dynamics of international politics have conventionally been understood in terms of the quick and the dead, Daniel Drezner invites us to consider another way of being—undead, or 'differently animated.' . . . Drezner elucidates the often-arcane world of international theory in an interesting and highly amusing way.”—Stephanie Lawson, Times Higher Education