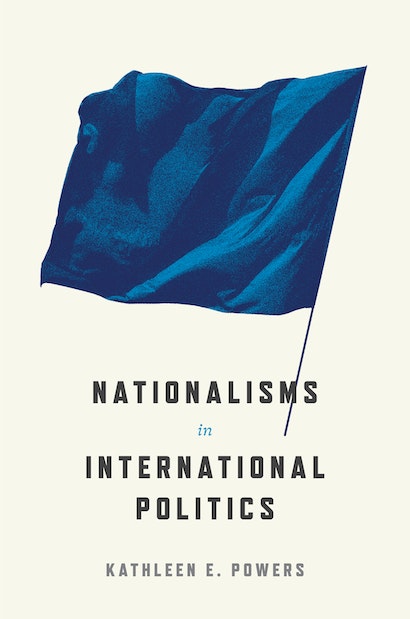 With nationalism on the rise around the world, many worry that nationalistic attitudes could lead to a surge in deadly conflict. To combat this trend, federations like the European Union have tried to build inclusive regional identities to overcome nationalist distrust and inspire international cooperation. Yet not all nationalisms are alike. Nationalisms in International Politics draws on insights from psychology to explore when nationalist commitments promote conflict—and when they foster cooperation.

Challenging the received wisdom about nationalism and military aggression, Kathleen Powers differentiates nationalisms built on unity from those built on equality, and explains how each of these norms give rise to distinct foreign policy attitudes. Combining innovative US experiments with fresh analyses of European mass and elite survey data, she argues that unity encourages support for external conflict and undermines regional trust and cooperation, whereas equality mitigates militarism and facilitates support for security cooperation.

Nationalisms in International Politics provides a rigorous and compelling look at how different forms of nationalism shape foreign policy attitudes, and raises important questions about whether transnational identities increase support for cooperation or undermine it.

“One of the most important books on nationalism in international relations in the past decade. Powers challenges conventional wisdom about the linkage between nationalism and support for war while building on work in anthropology and social psychology to offer a unified framework that applies both to national and supranational identities.”—Joshua D. Kertzer, author of Resolve in International Politics

“Provocative, compelling, and convincing. Powers draws on a powerful and robust theory in social psychology, that of social identity theory, to explain the different forms of nationalism and their consequences for foreign policy.”—Rose McDermott, author of Presidential Leadership, Illness, and Decision Making