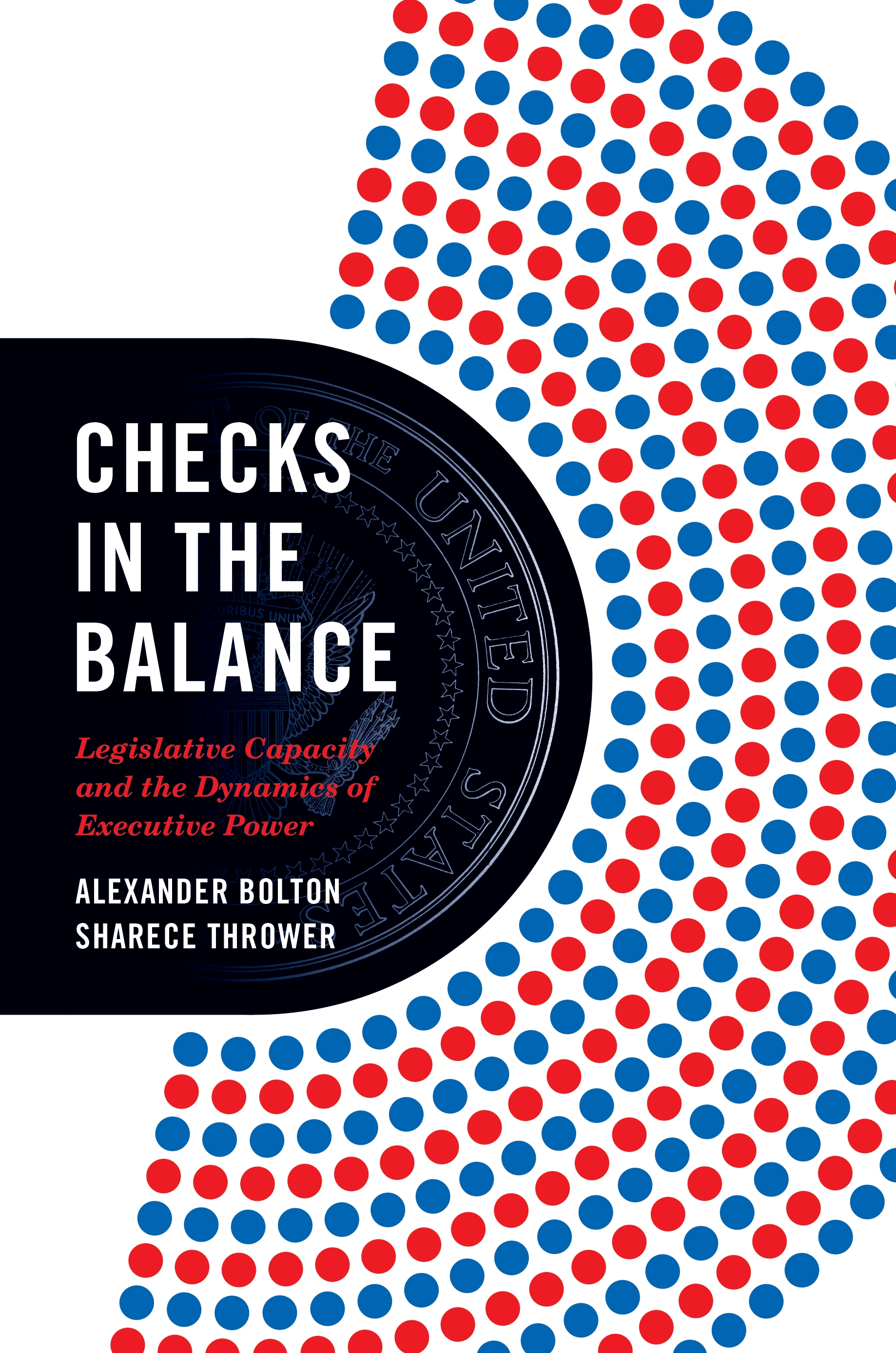 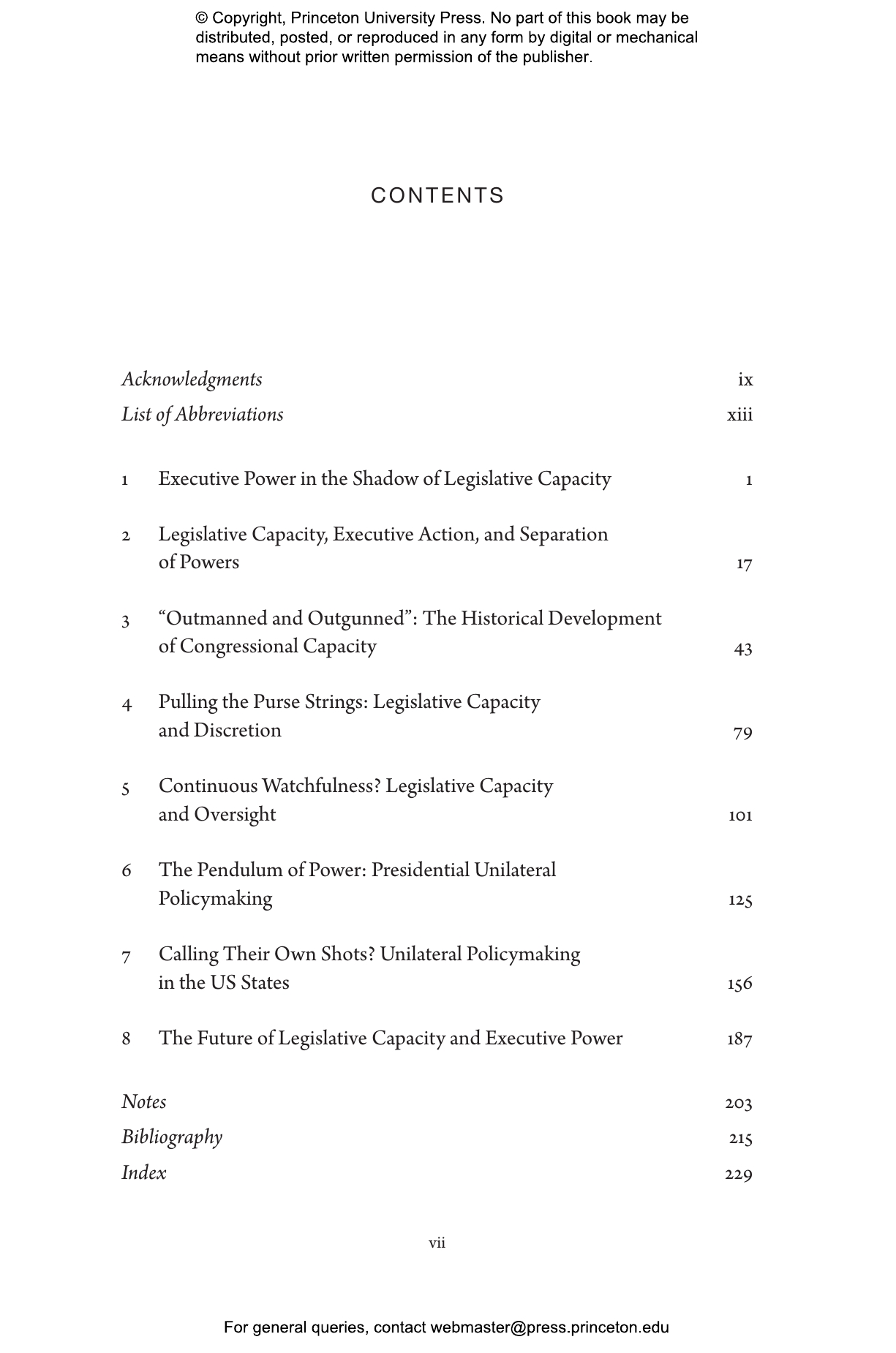 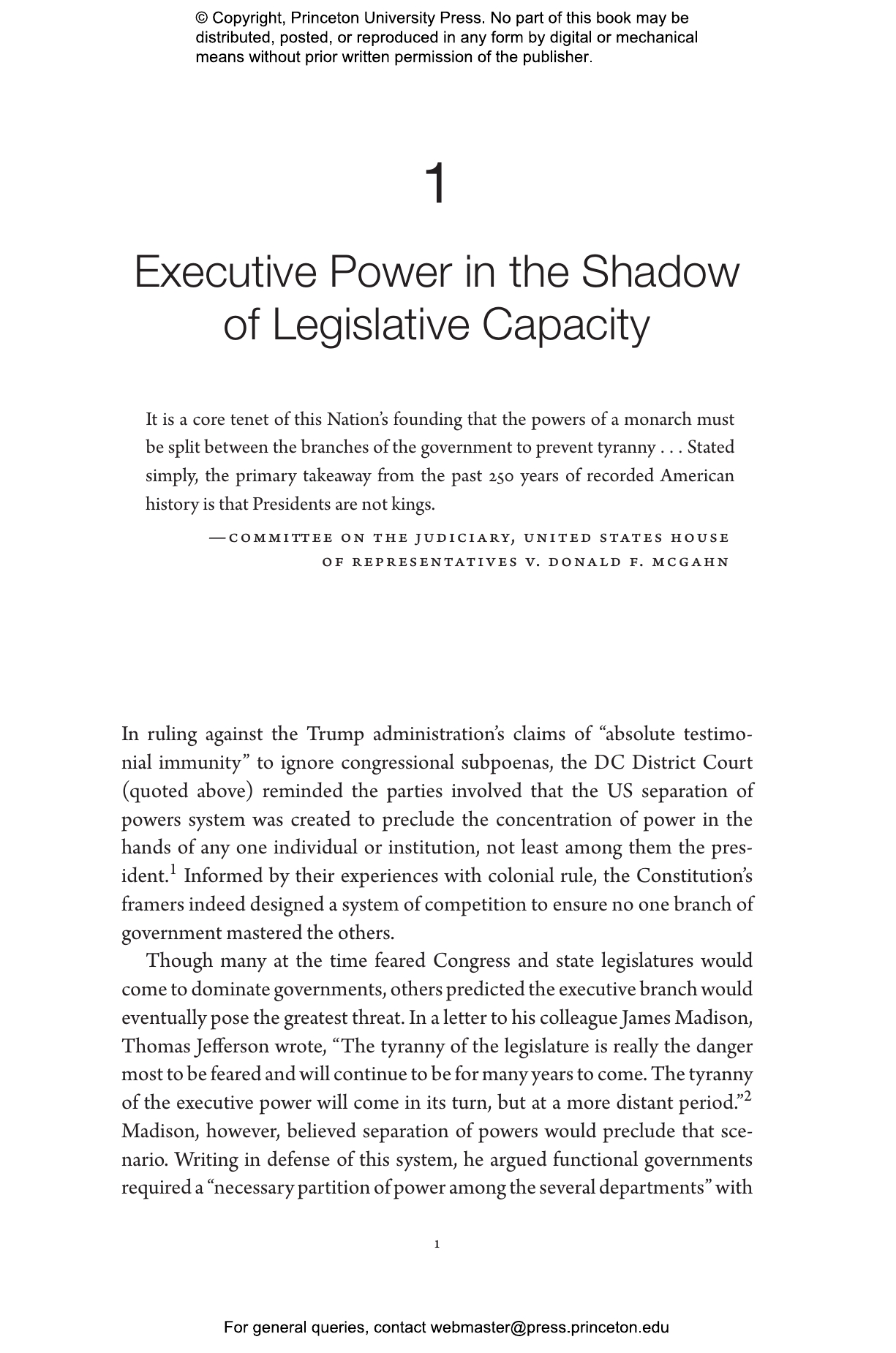 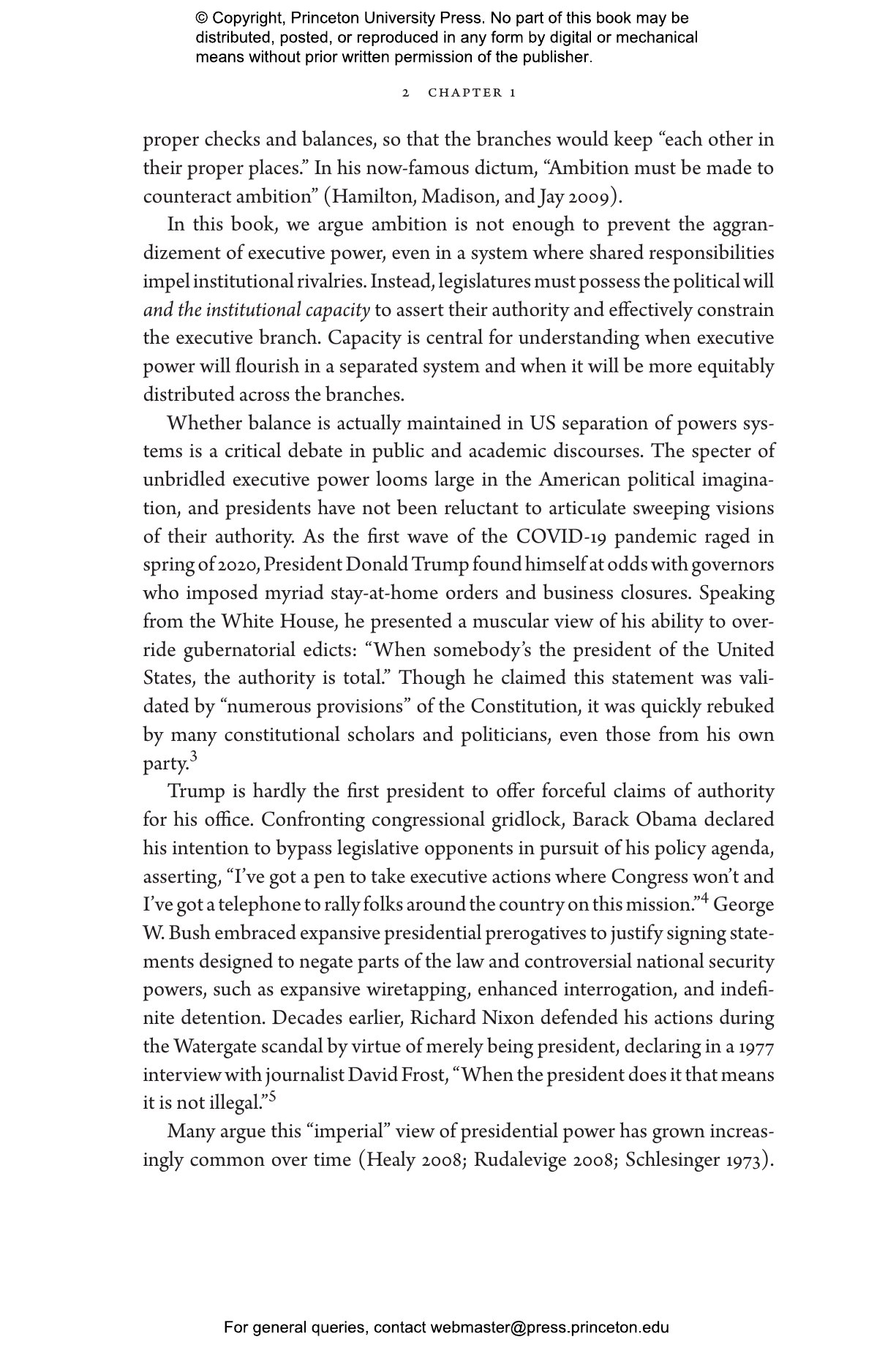 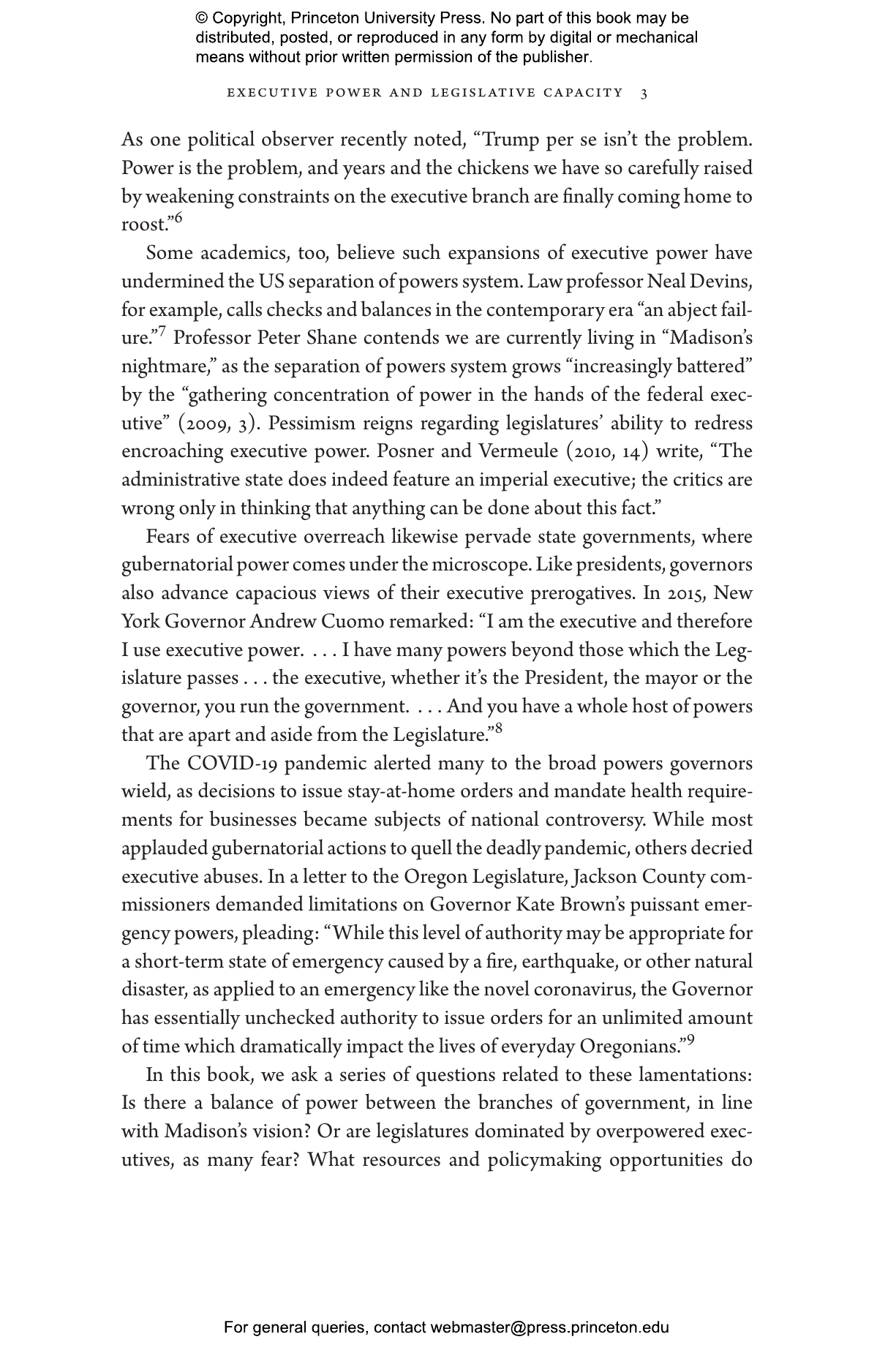 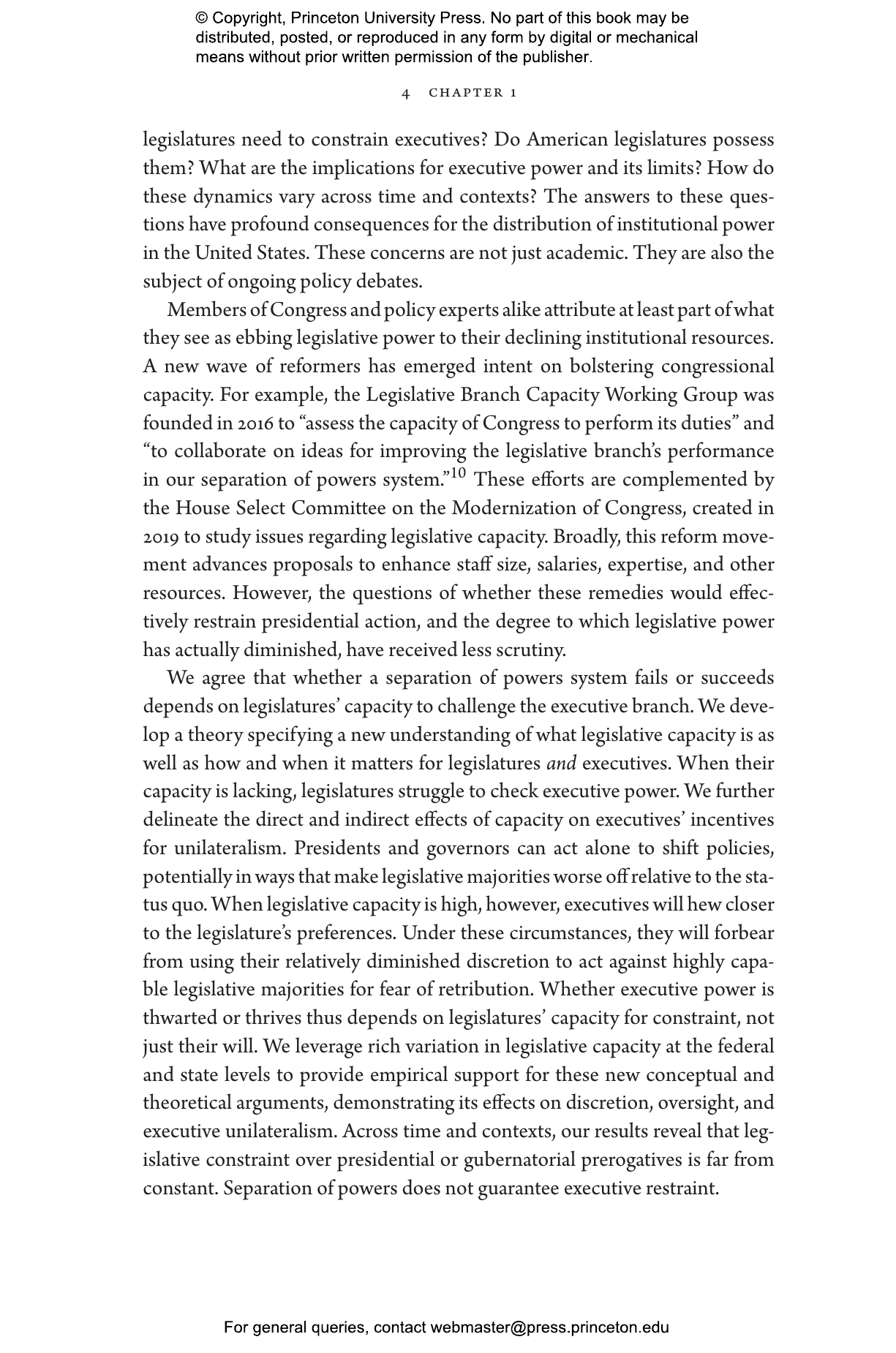 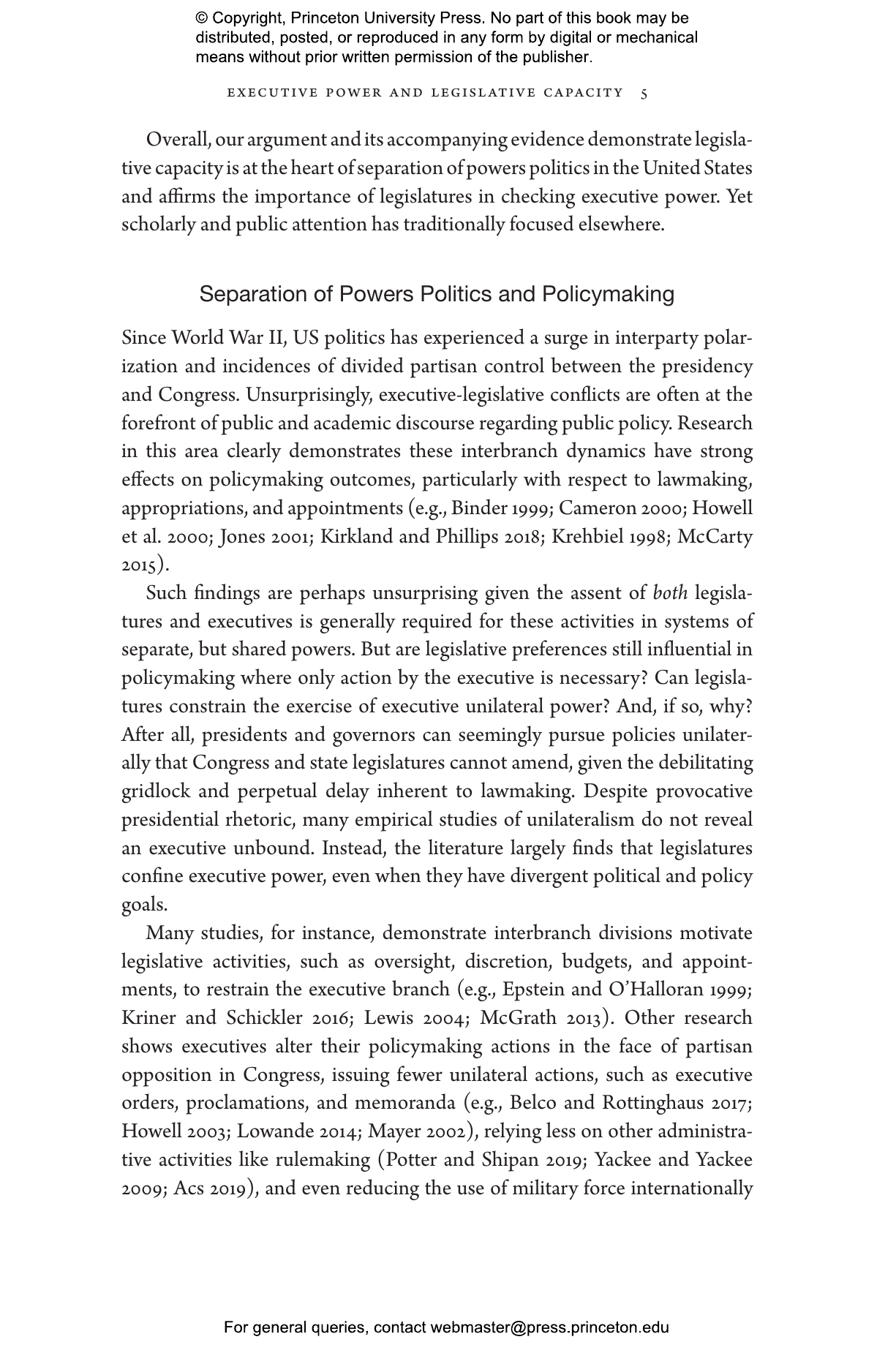 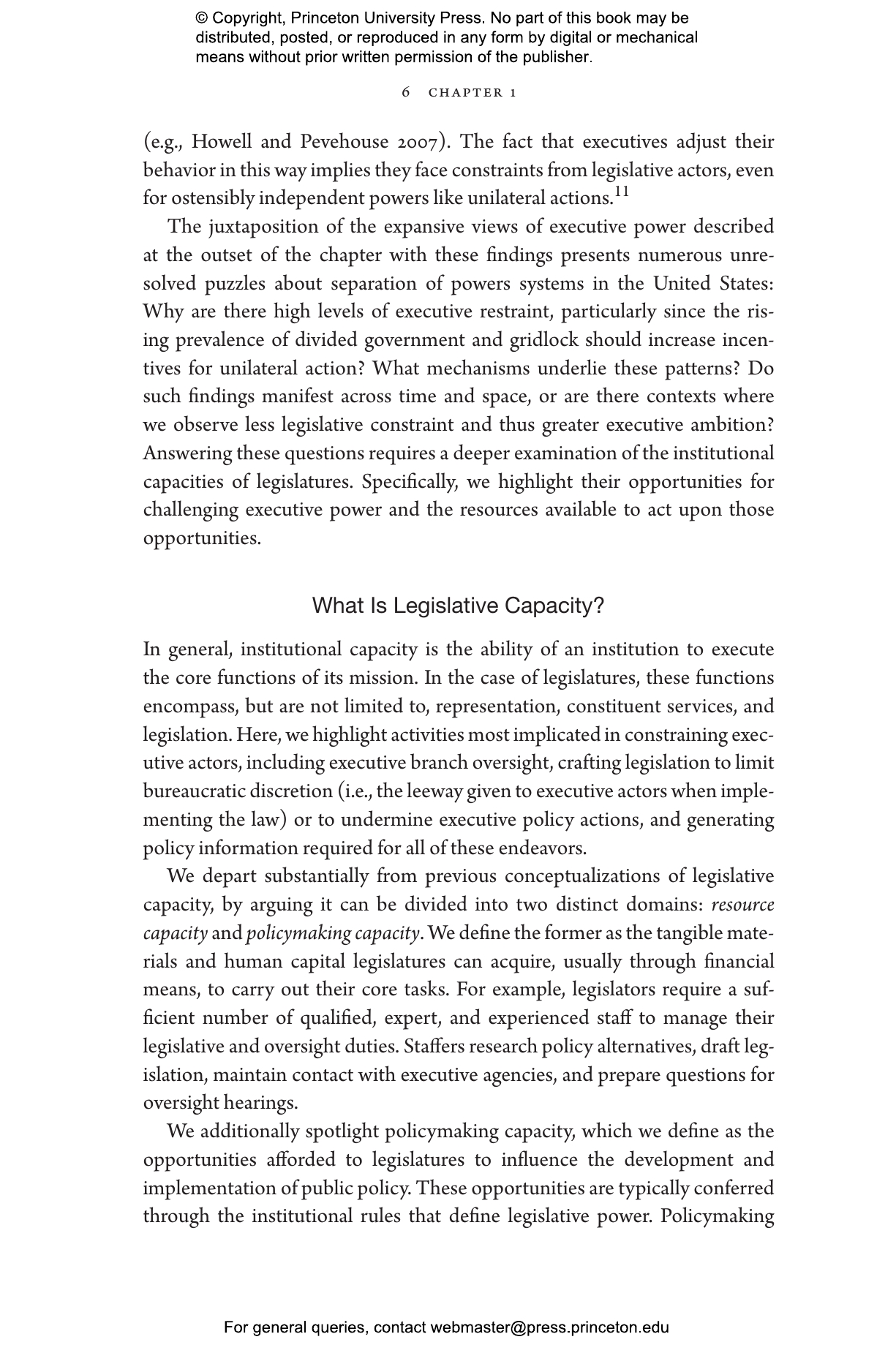 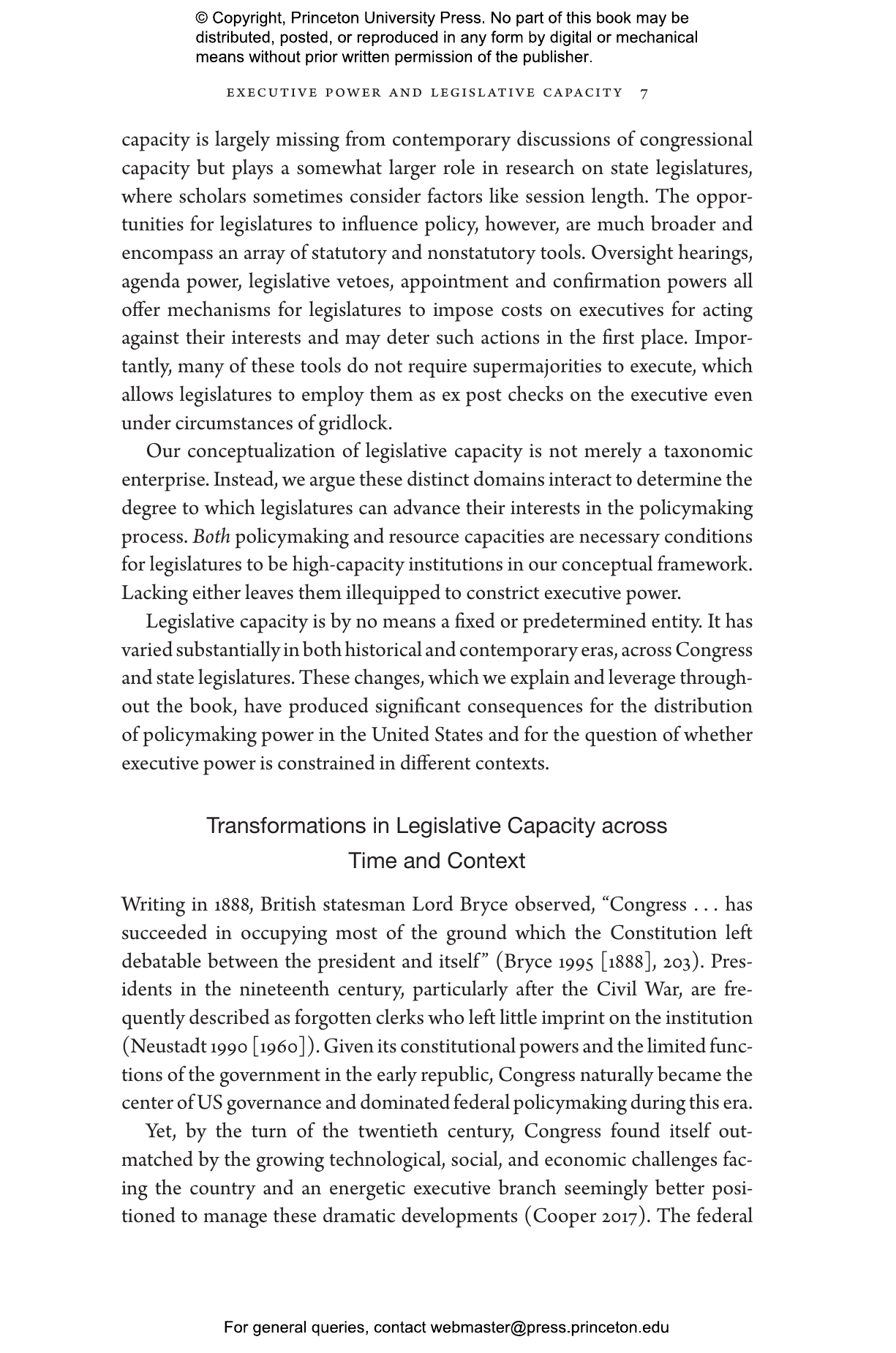 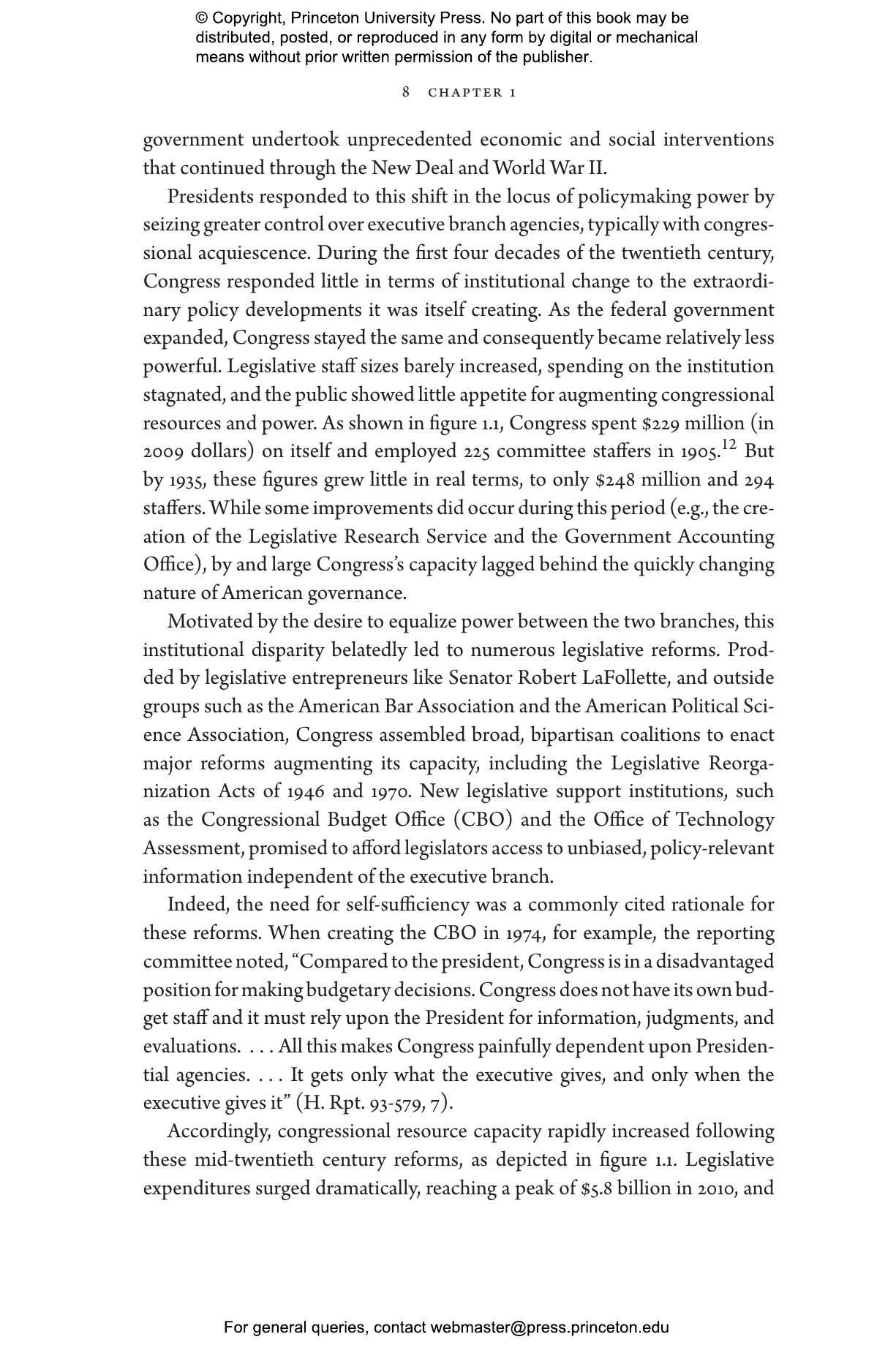 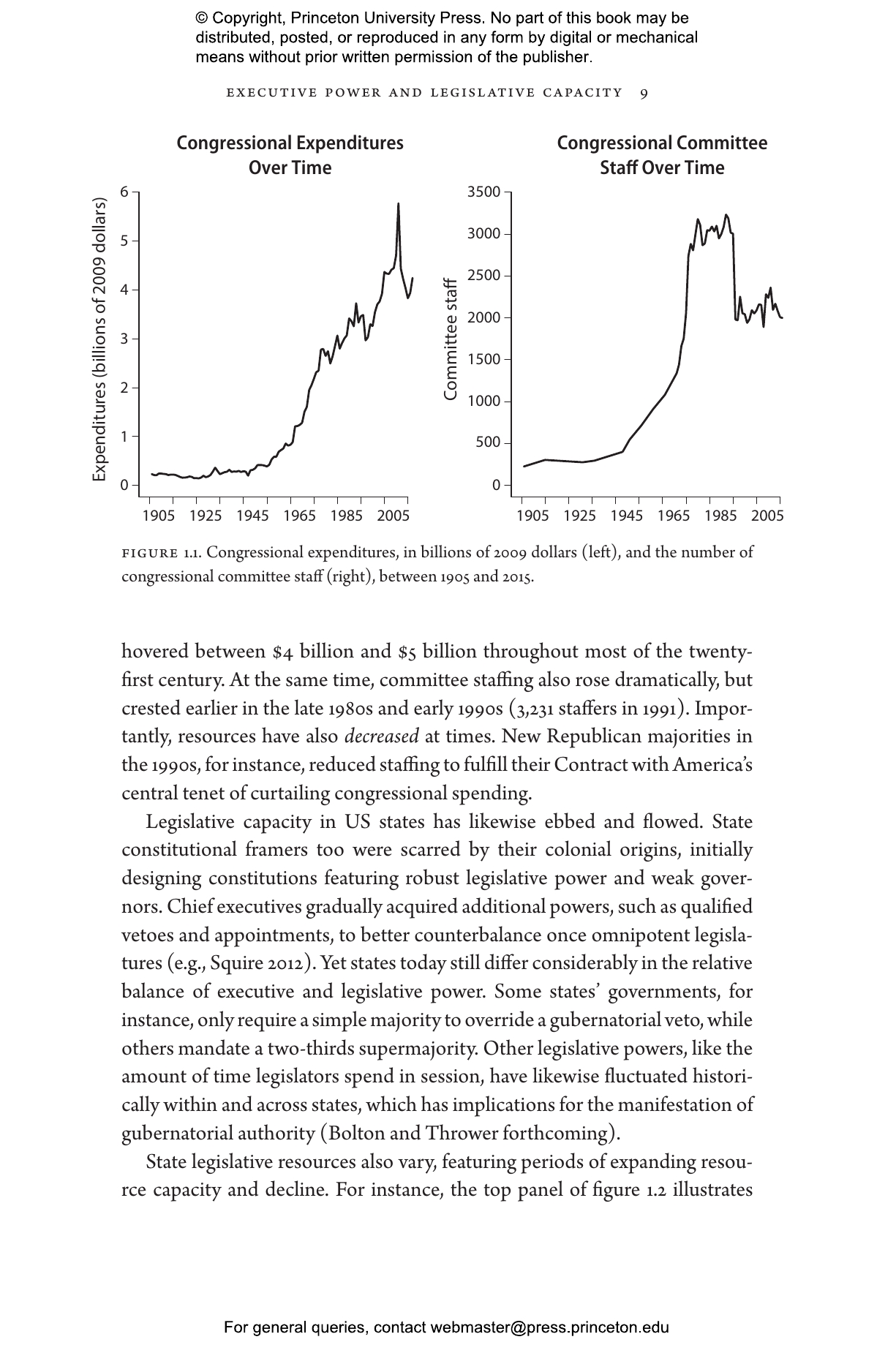 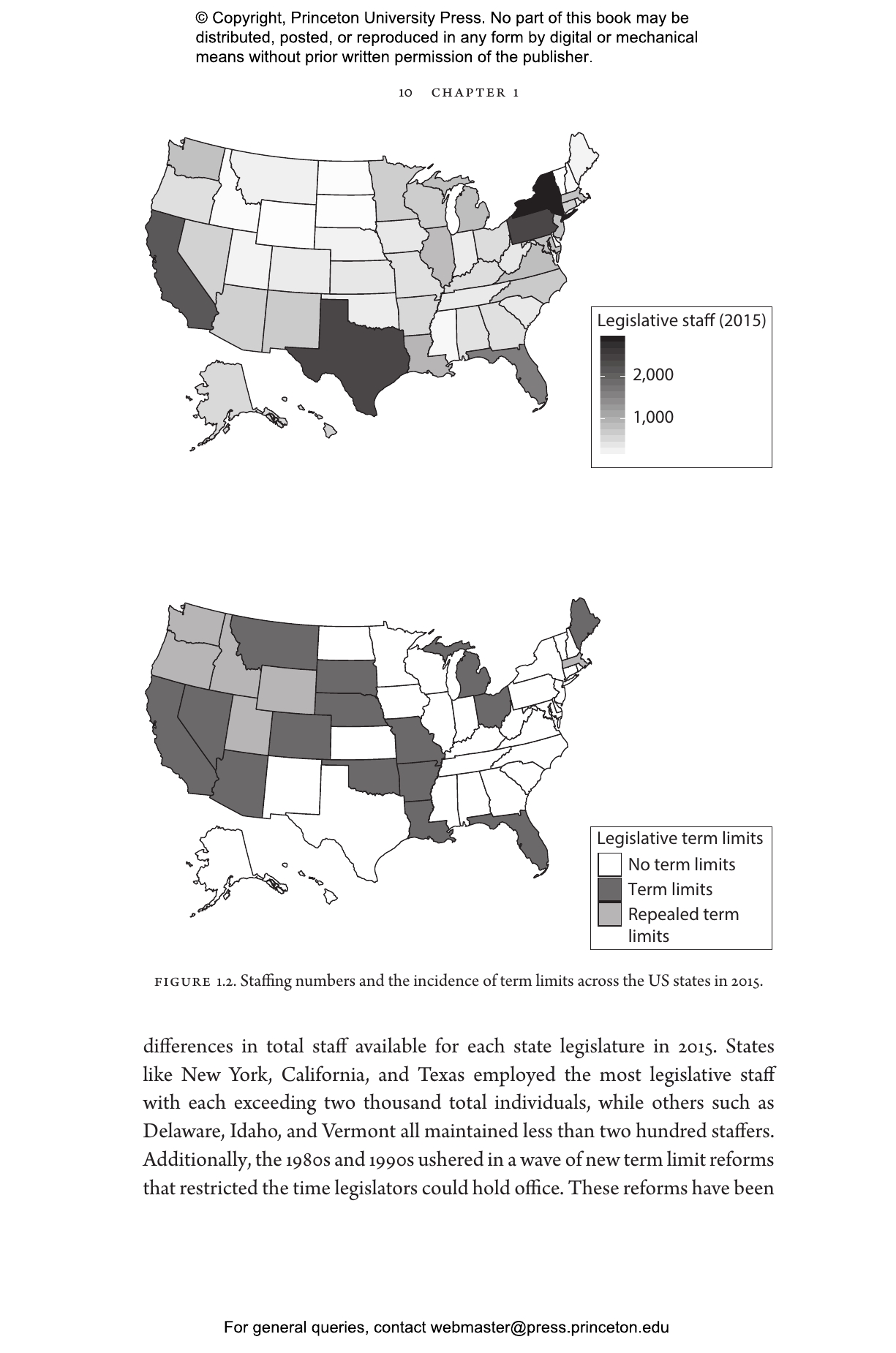 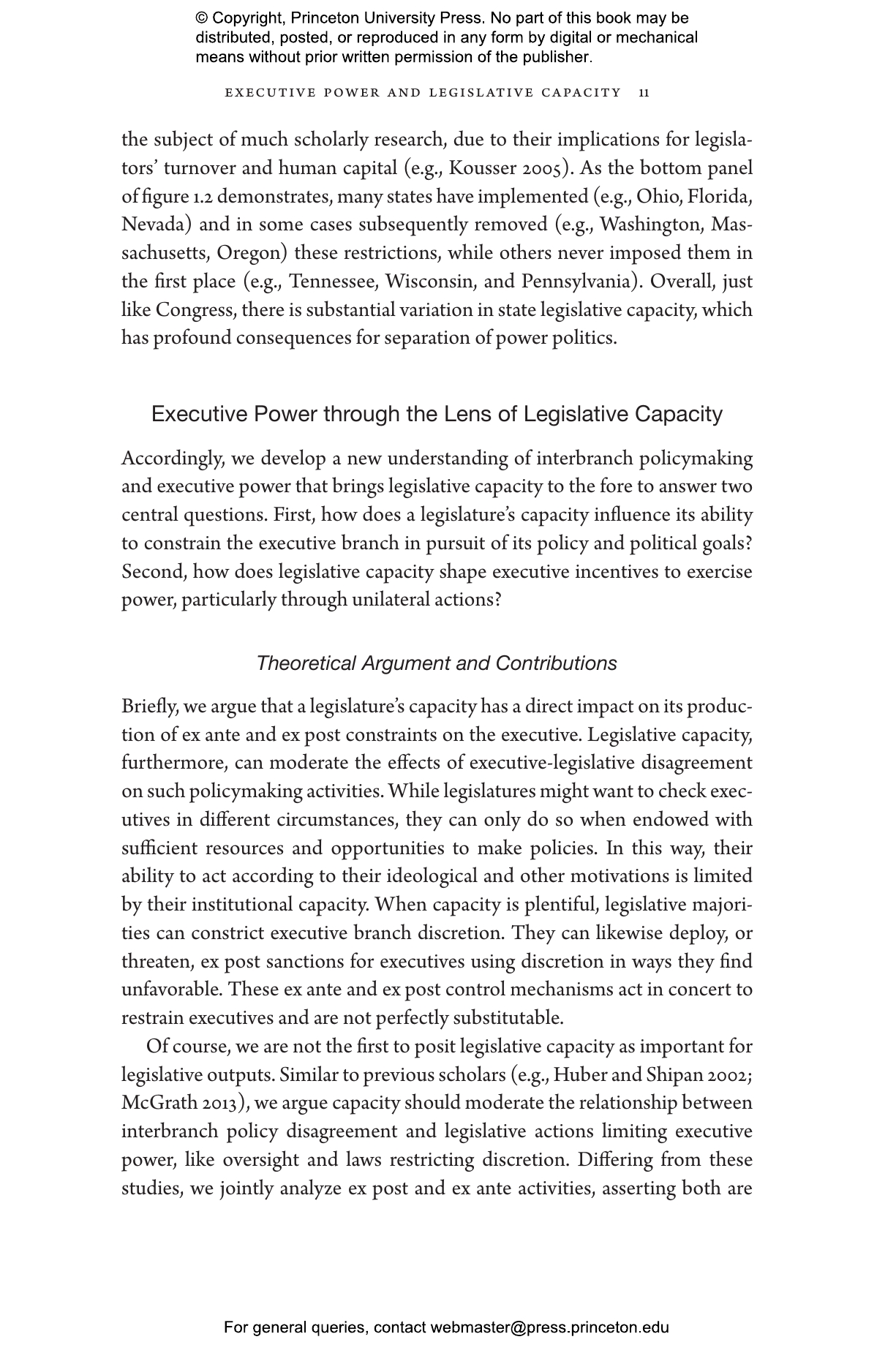 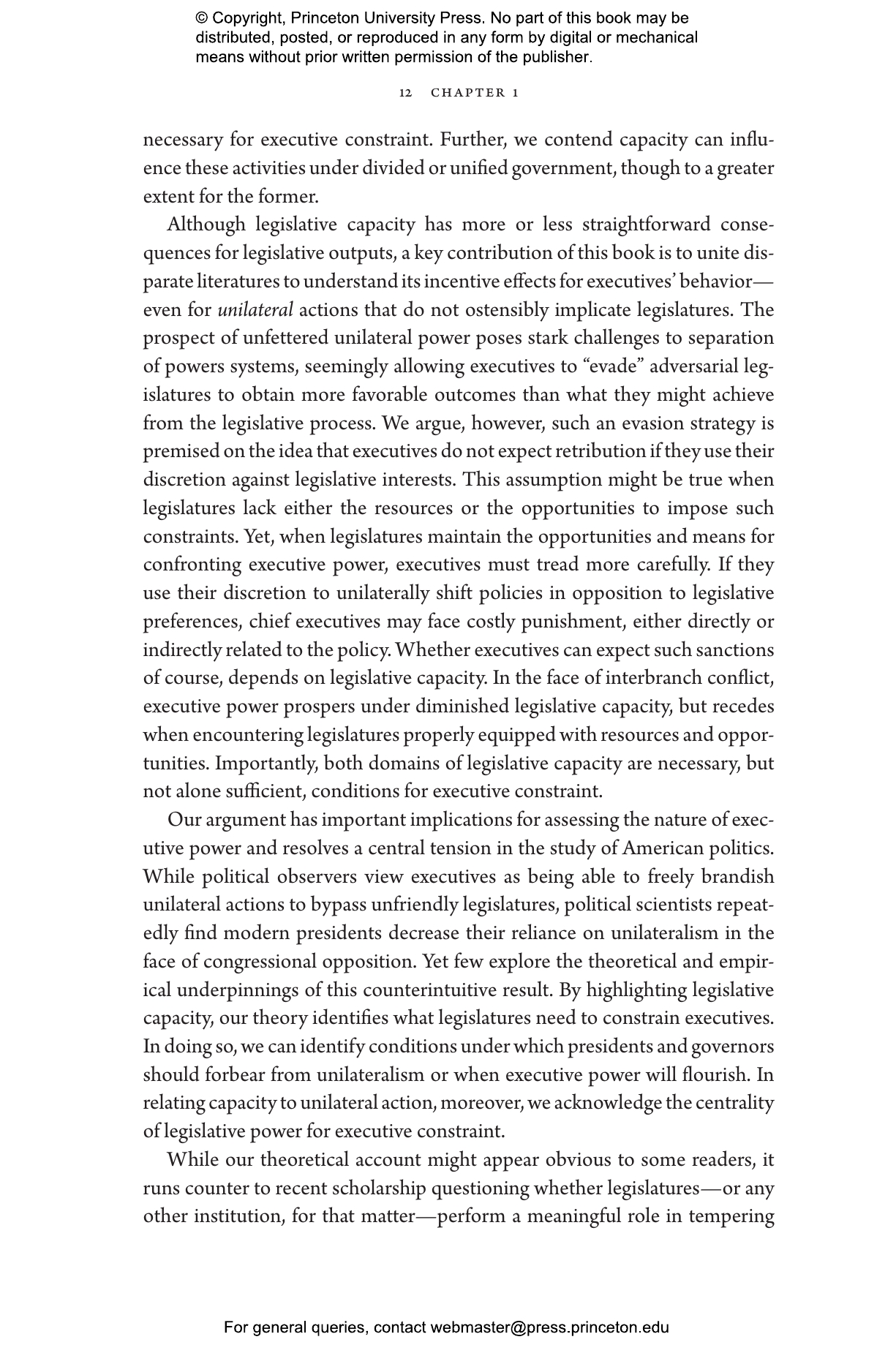 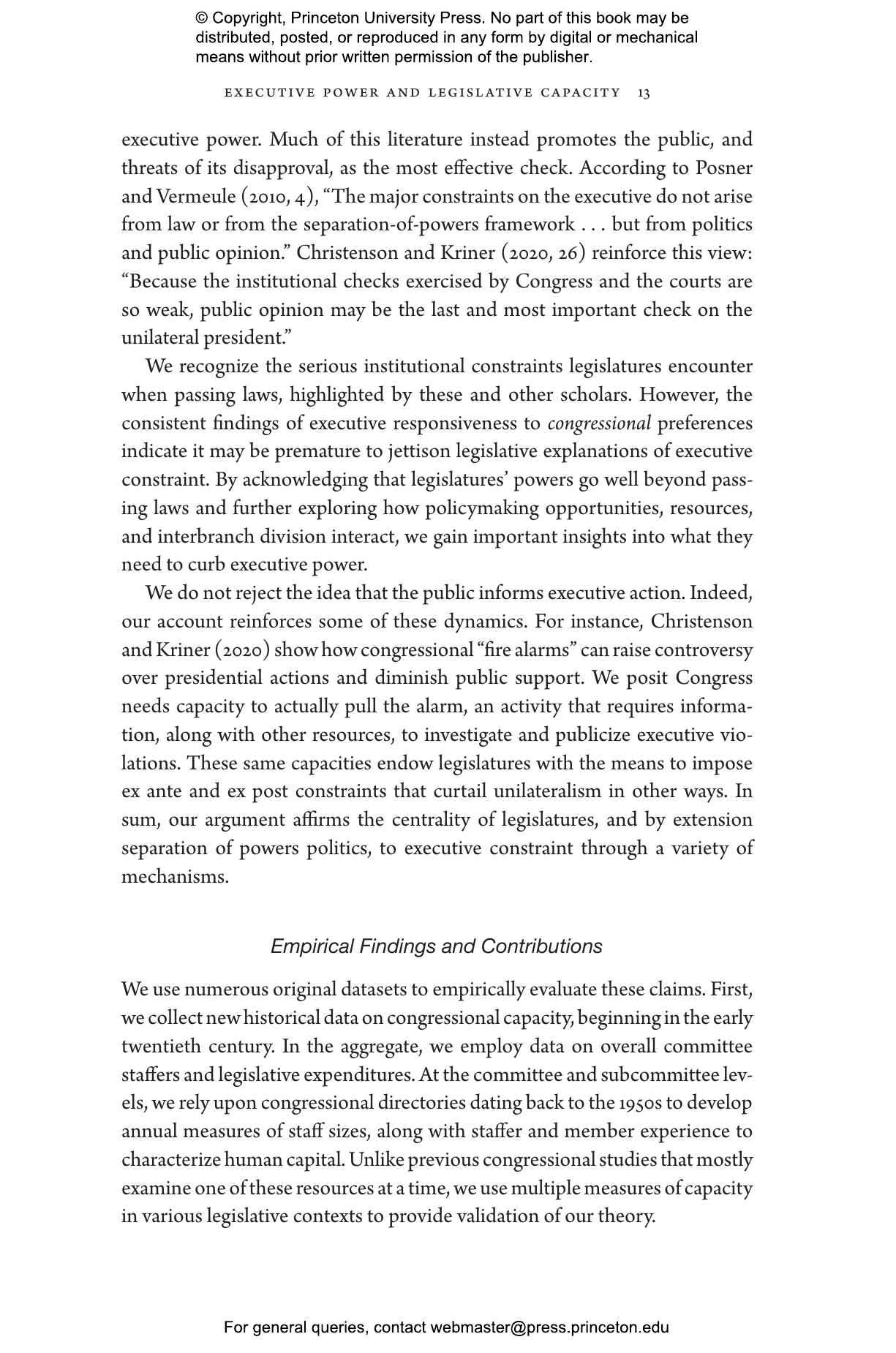 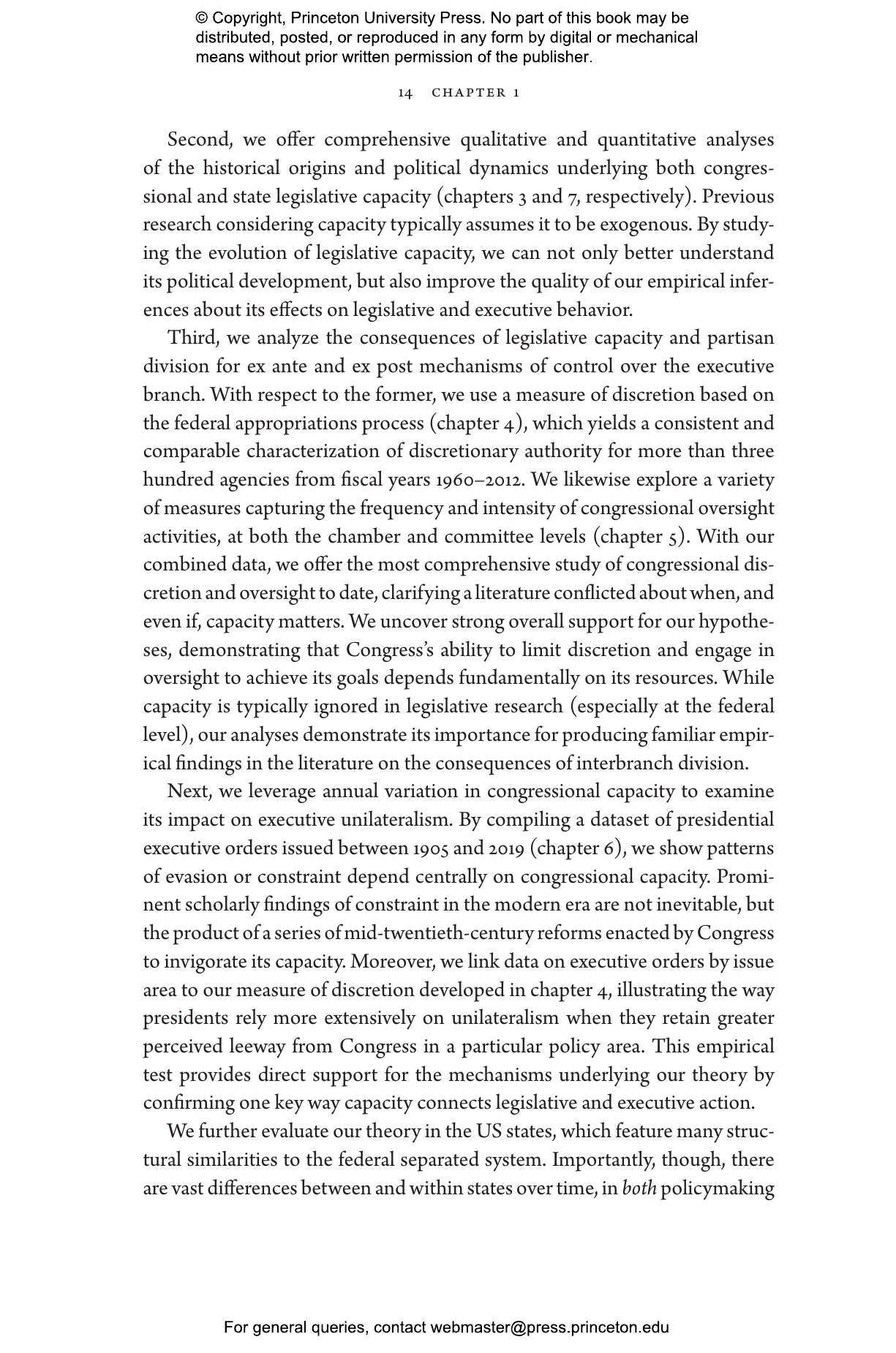 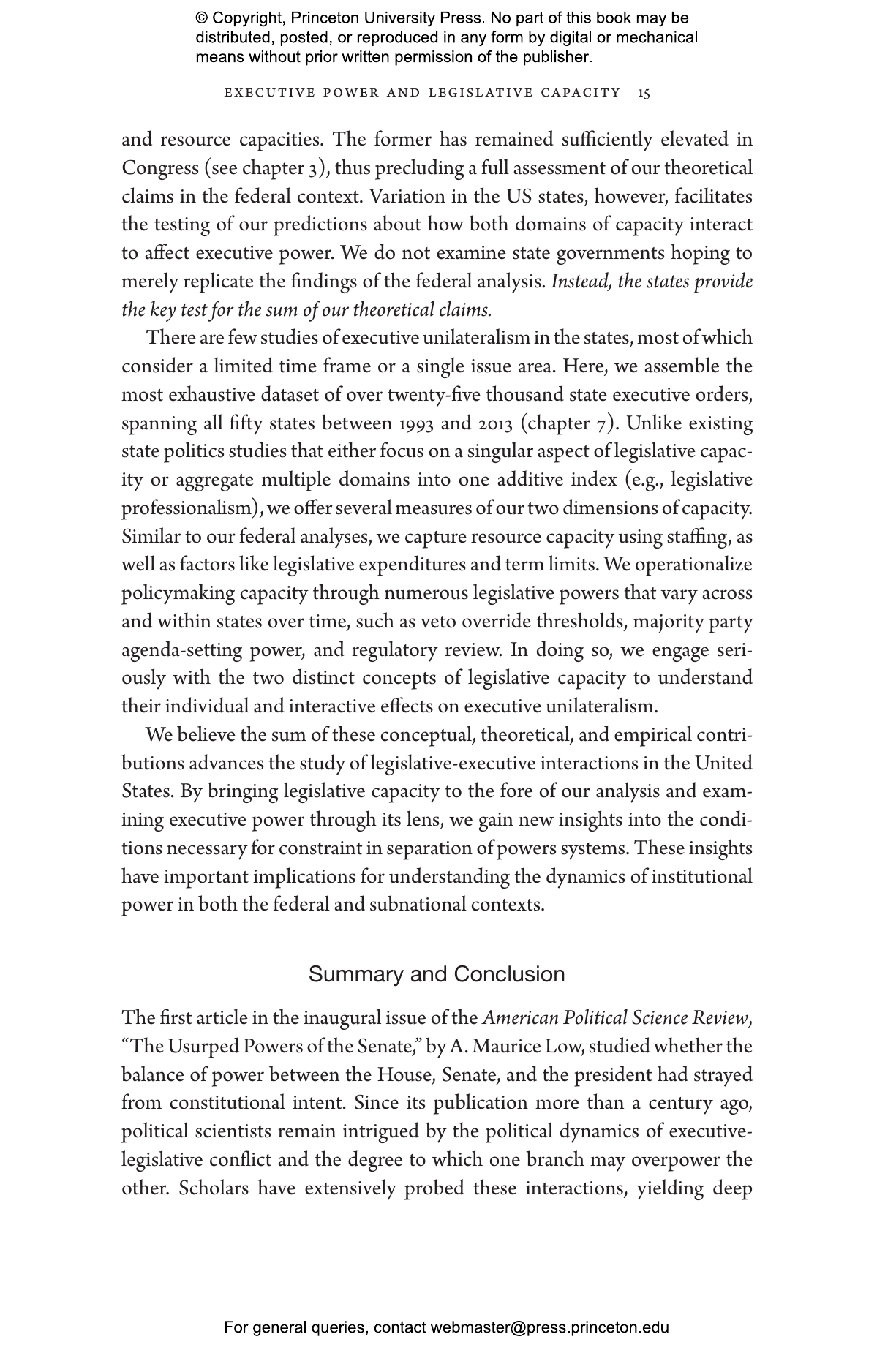 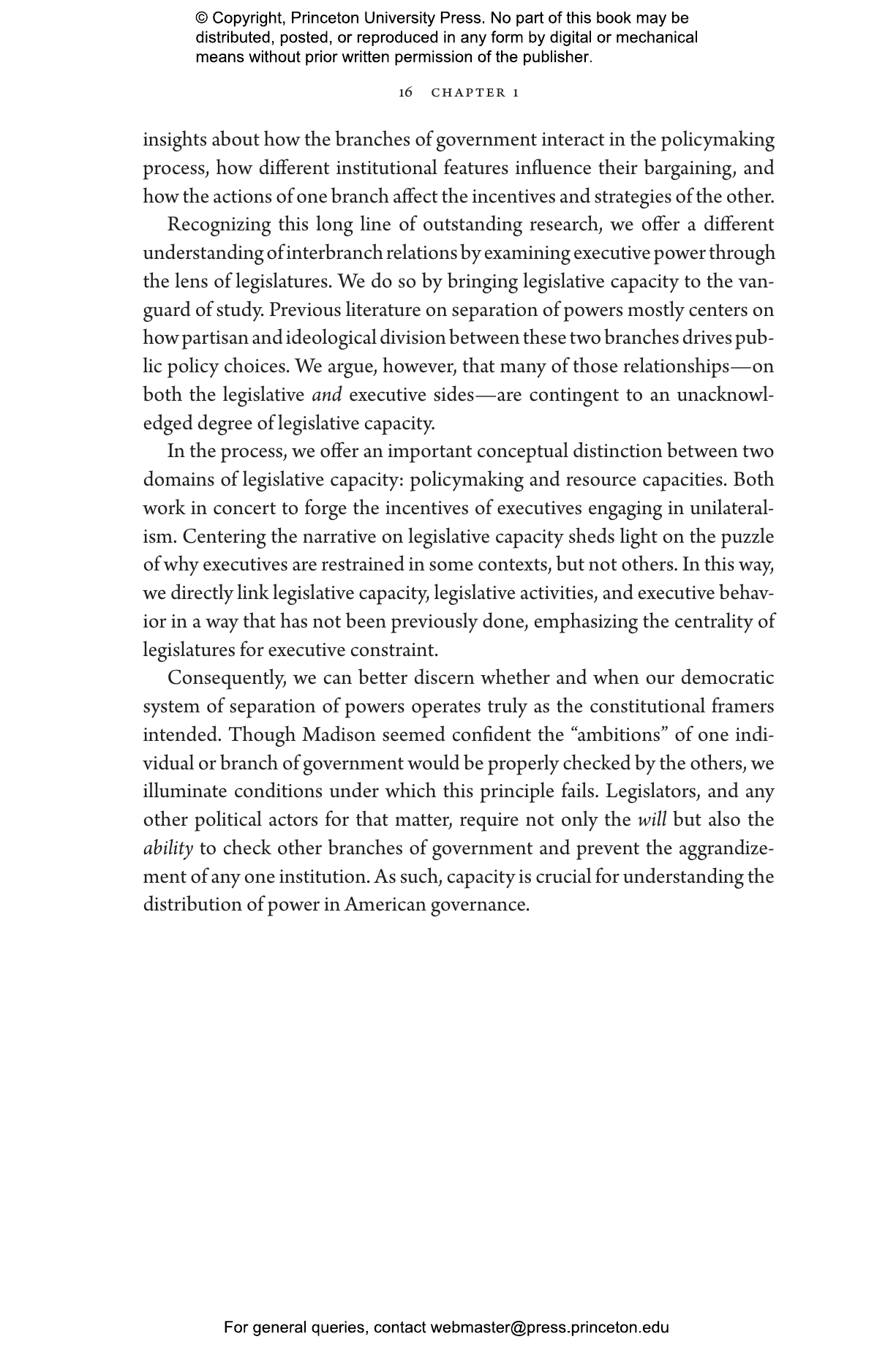 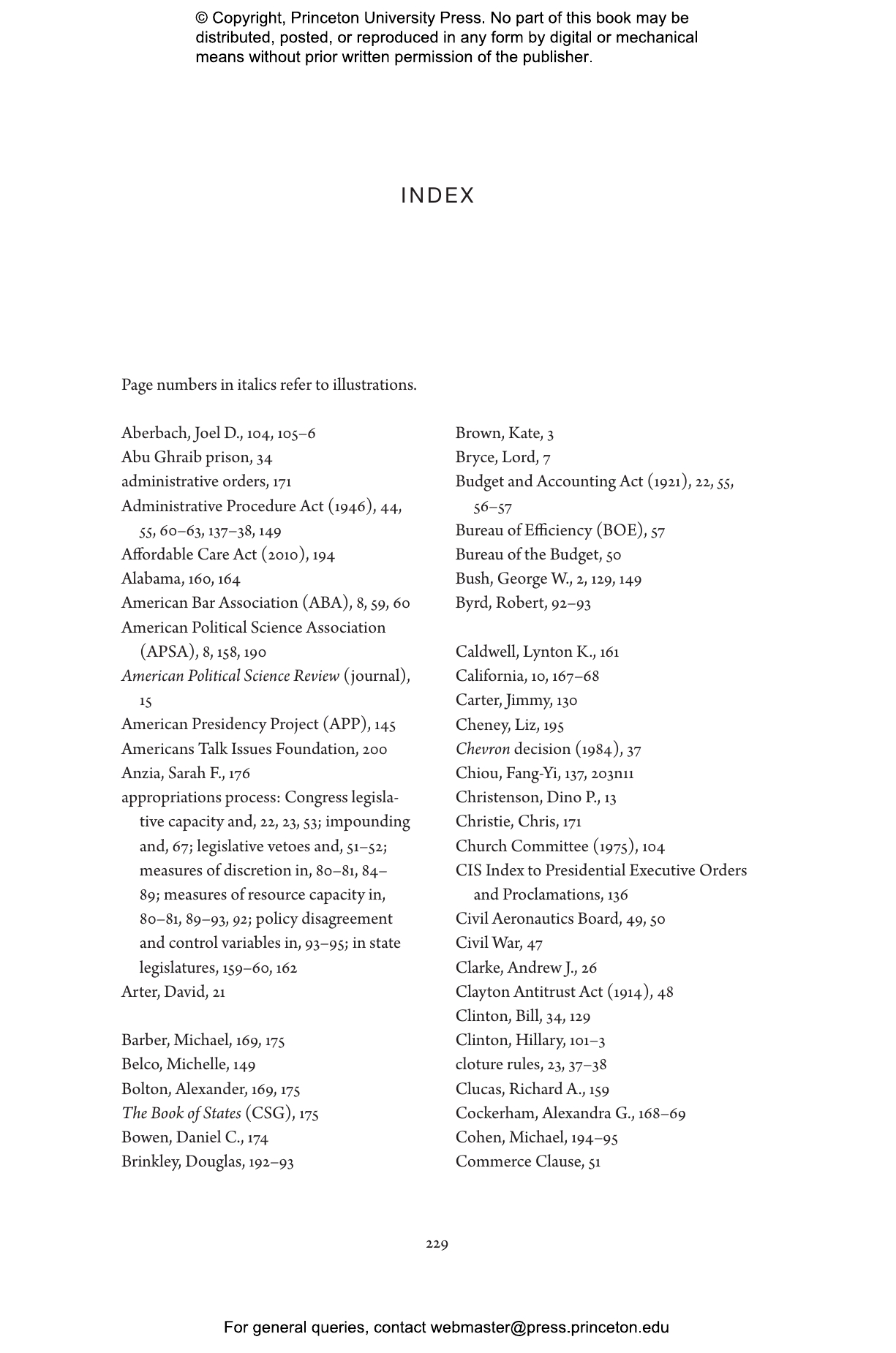 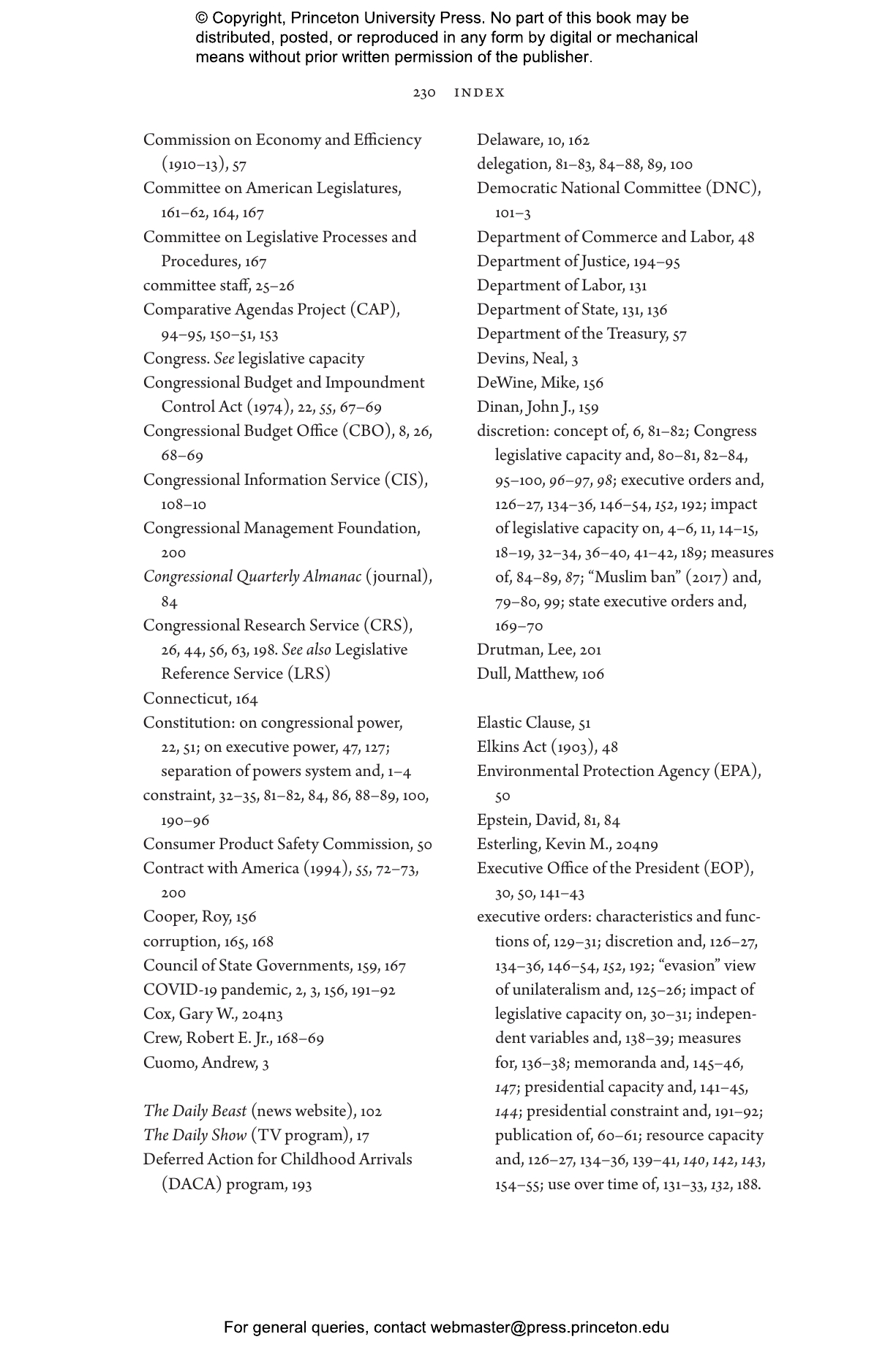 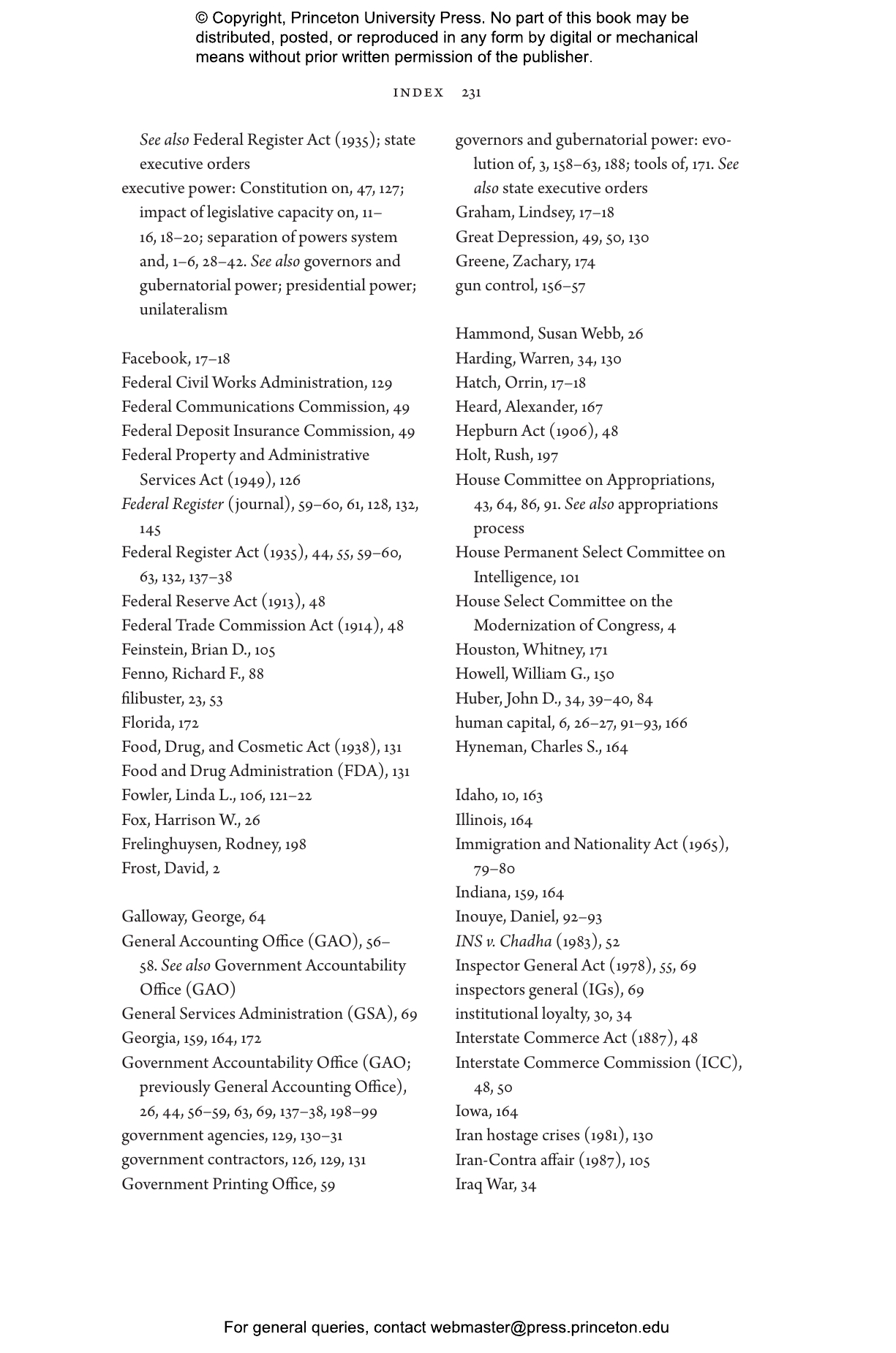 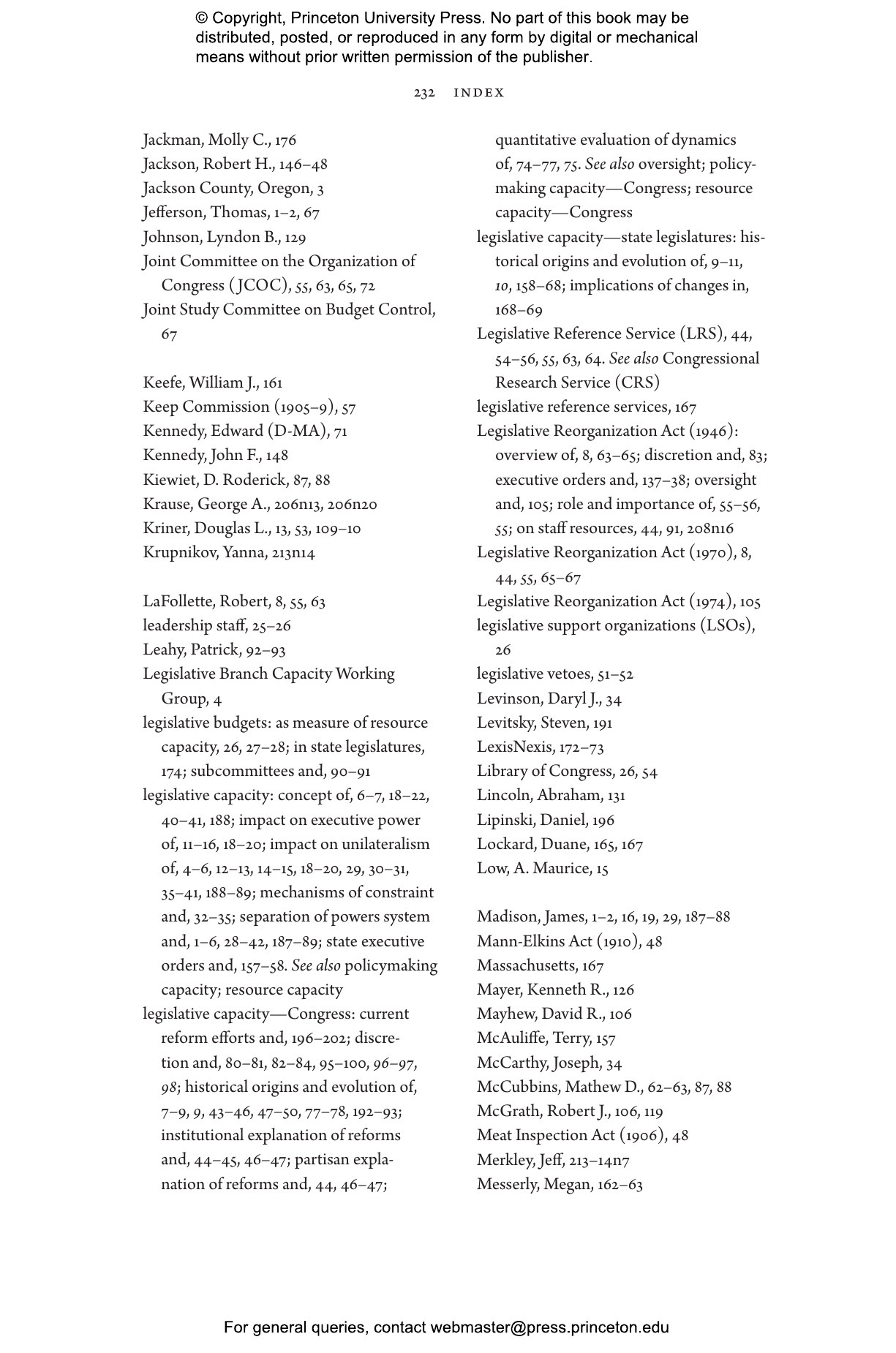 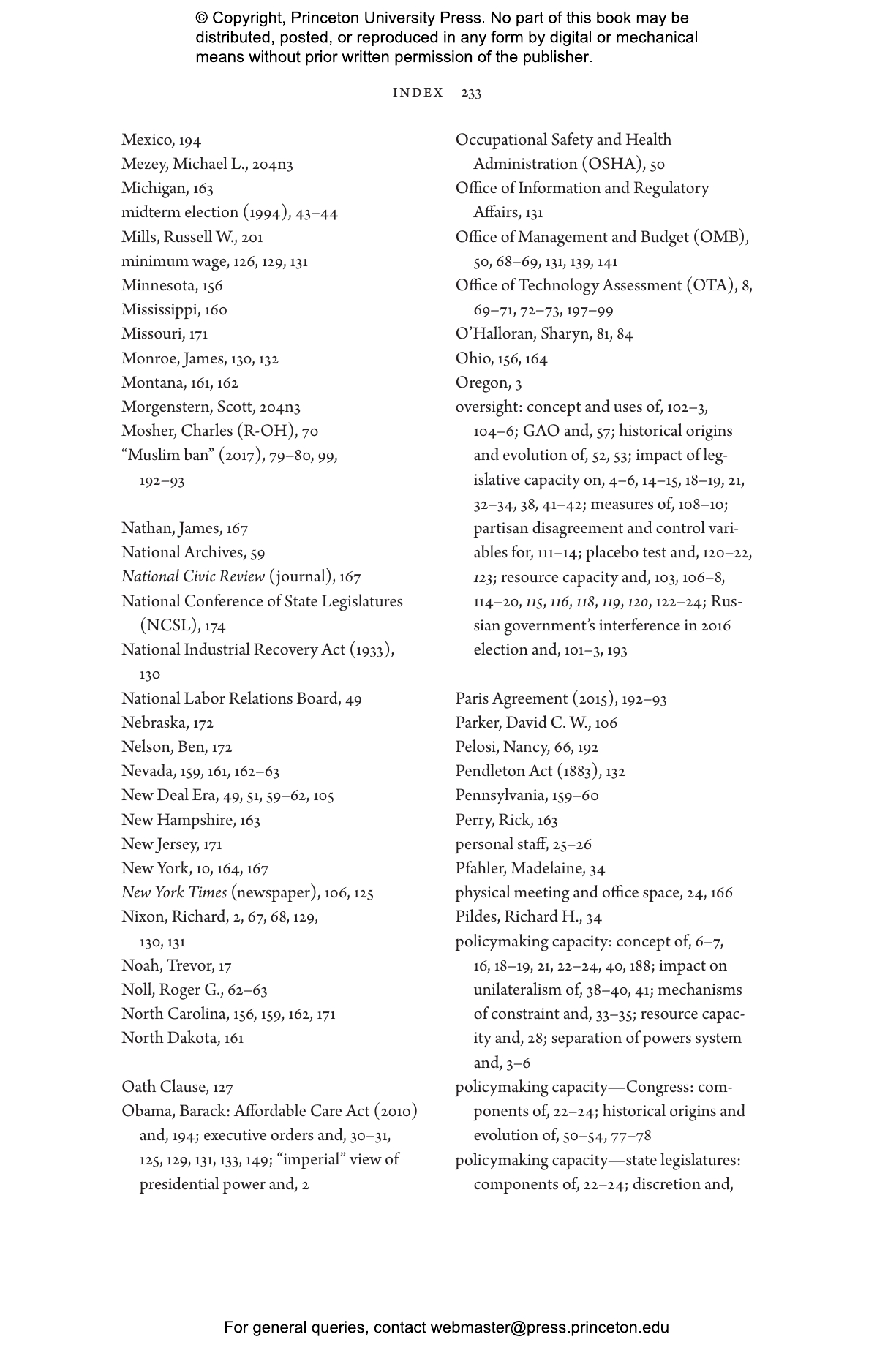 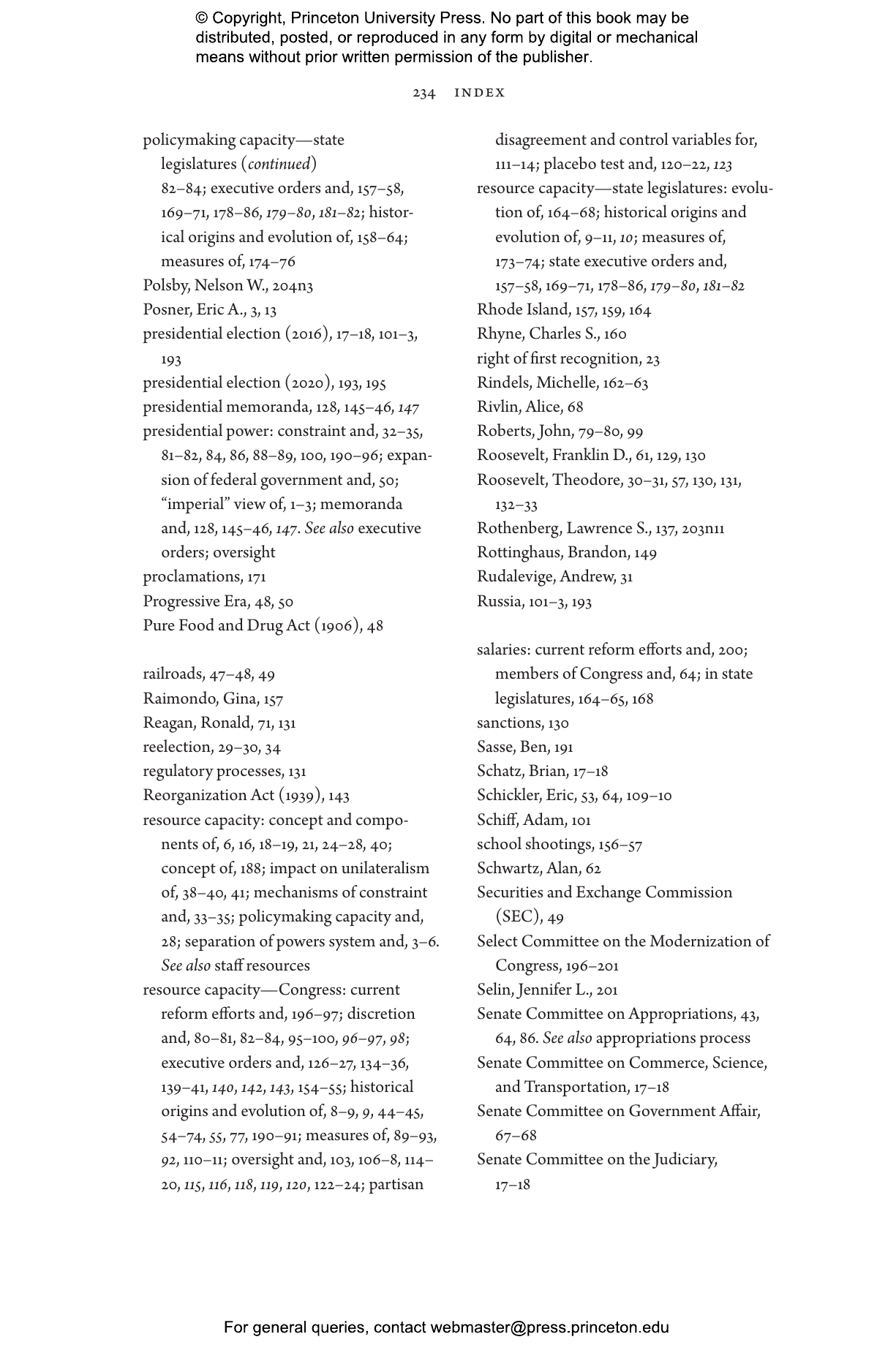 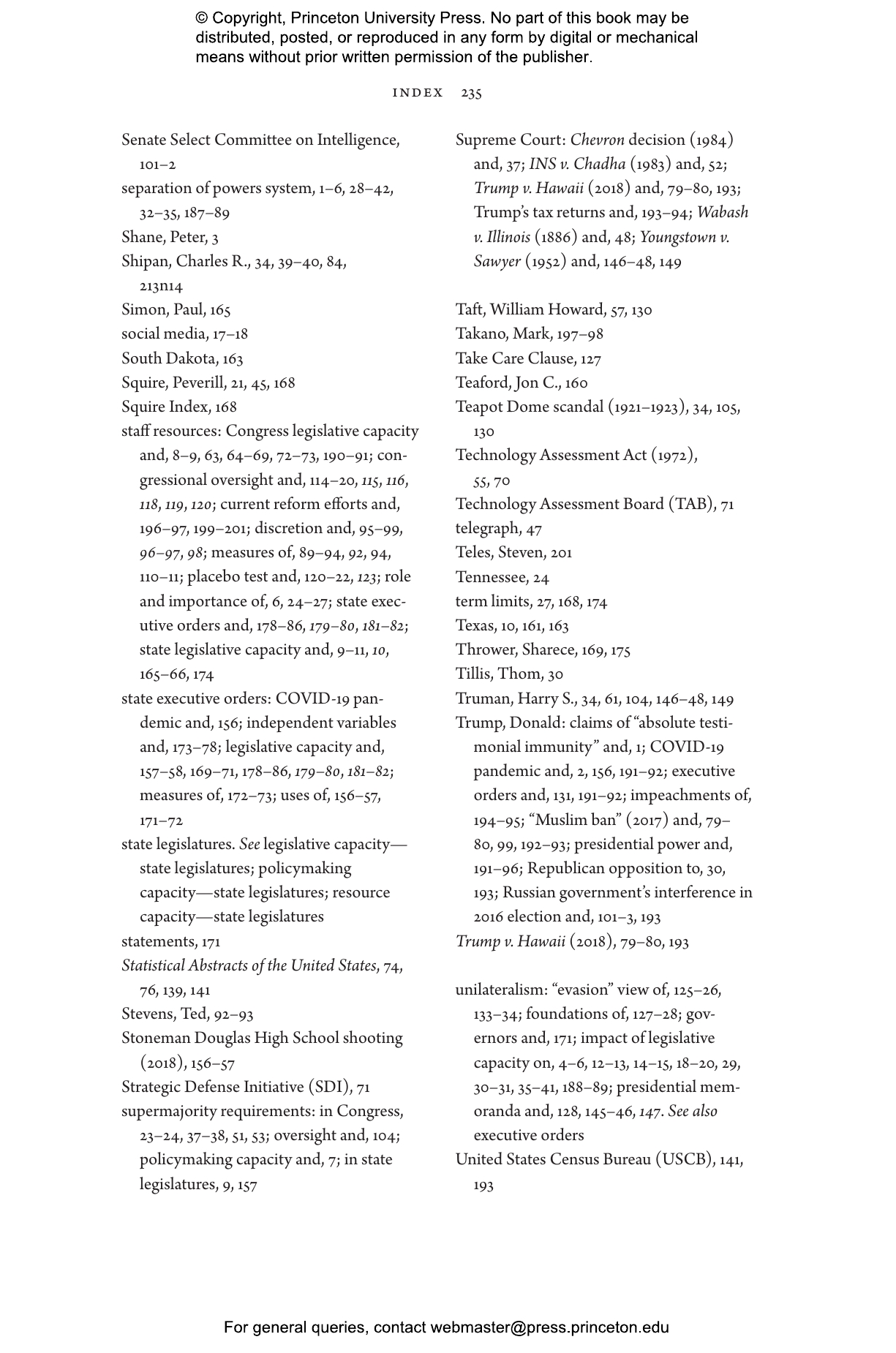 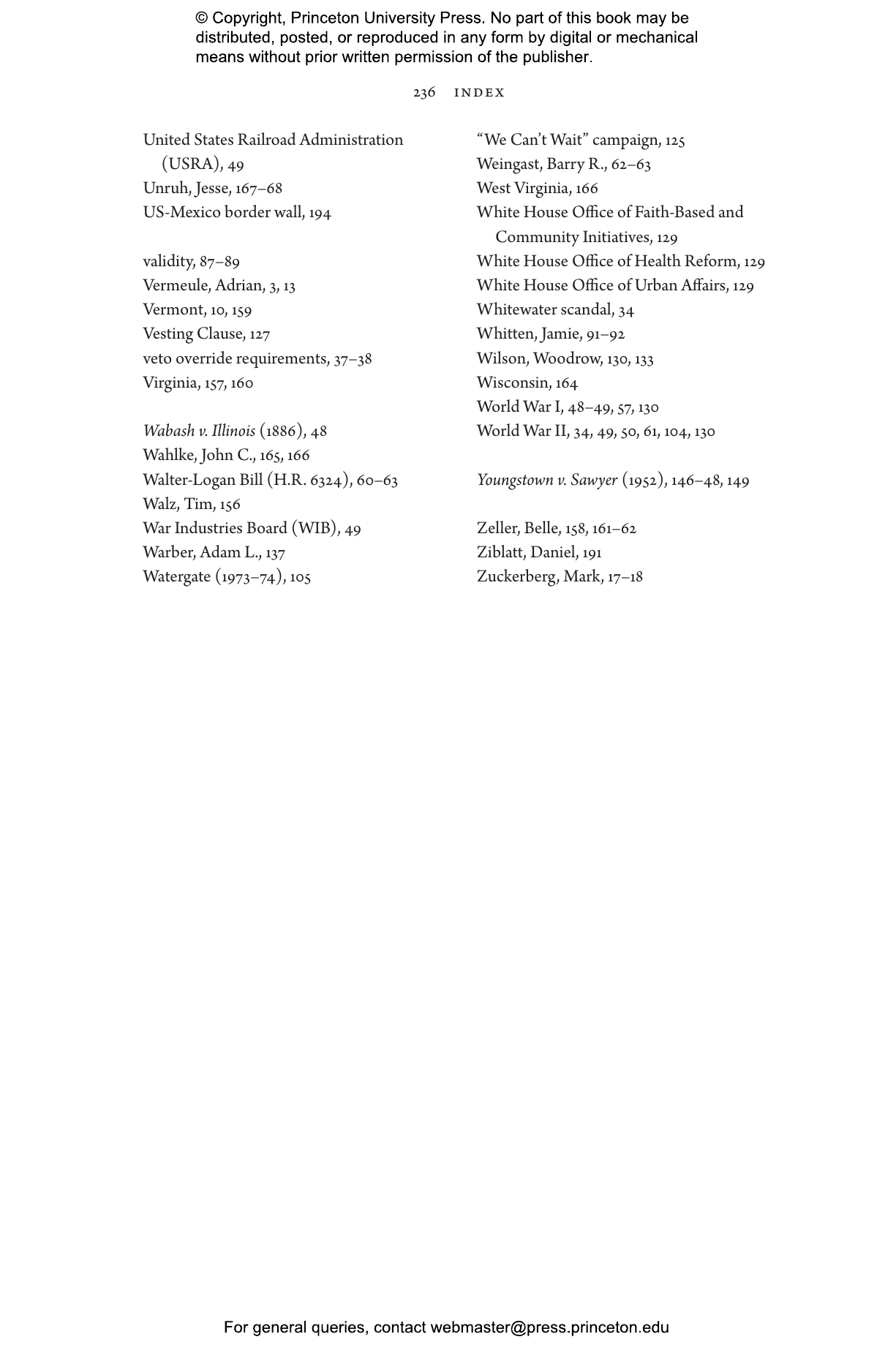 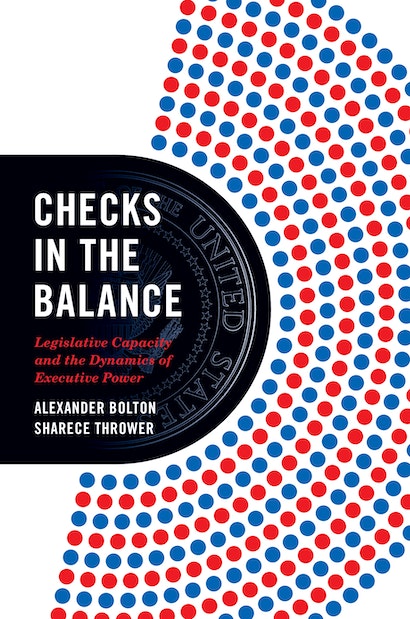 The specter of unbridled executive power looms large in the American political imagination. Are checks and balances enough to constrain ambitious executives? Checks in the Balance presents a new theory of separation of powers that brings legislative capacity to the fore, explaining why Congress and state legislatures must possess both the opportunities and the means to constrain presidents and governors—and why, without these tools, executive power will prevail.

Alexander Bolton and Sharece Thrower reveal how legislative capacity—which they conceive of as the combination of a legislature’s resources and policymaking powers—is the key to preventing the accumulation of power in the hands of an encroaching executive. They show how low-capacity legislatures face difficulties checking the executive through mechanisms such as discretion and oversight, and how presidents and governors unilaterally bypass such legislative adversaries to impose their will. When legislative capacity is high, however, the legislative branch can effectively stifle executives. Bolton and Thrower draw on a wealth of historical evidence on congressional capacity, oversight, discretion, and presidential unilateralism. They also examine thousands of gubernatorial executive orders, demonstrating how varying capacity in the states affects governors’ power.

Checks in the Balance affirms the centrality of legislatures in tempering executive power—and sheds vital new light on how and why they fail.

"The conversation about separation of powers and the legislative branch’s ability to check the executive continues to be one not just one for practitioners and academics but also for American society, and that conversation is one which Checks in the Balance effectively joins and enriches."—Jonathan Lewallen, Perspectives on Politics

“For too long, conventional wisdom has focused almost exclusively on the institutional arrangements that weaken Congress’s ability to push back against an ascendant executive. Congressional capacity to resist is assumed to be limited and constant. Bolton and Thrower offer an important corrective, systematically mapping changes in legislative capacity over time and assessing how these changes shape inter-branch politics.”—Douglas L. Kriner, coauthor of Investigating the President

“This book could not be timelier. Drawing on a strikingly impressive dataset that spans multiple periods of US history, Bolton and Thrower explain why legislatures underperform in exercising their power at the national and state levels.”—Wendy J. Schiller, coauthor of Electing the Senate: Indirect Democracy before the Seventeenth Amendment

“Bolton and Thrower address an important and underappreciated aspect of our political system. Bringing an impressively unique approach to the topic, they show how checks and balances are not enough to constrain executive tyranny unless the legislative branch has sufficient capacity to stand up to the executive.”—James M. Curry, author of Legislating in the Dark: Information and Power in the House of Representatives

“This creative and impressive book tackles whether, when, and why legislatures can constrain unilateral action by executives in the American political system. Checks in the Balance adds a critical new dimension to how political scientists think about limits on executive power.”—Sarah Binder, coauthor of The Myth of Independence: How Congress Governs the Federal Reserve