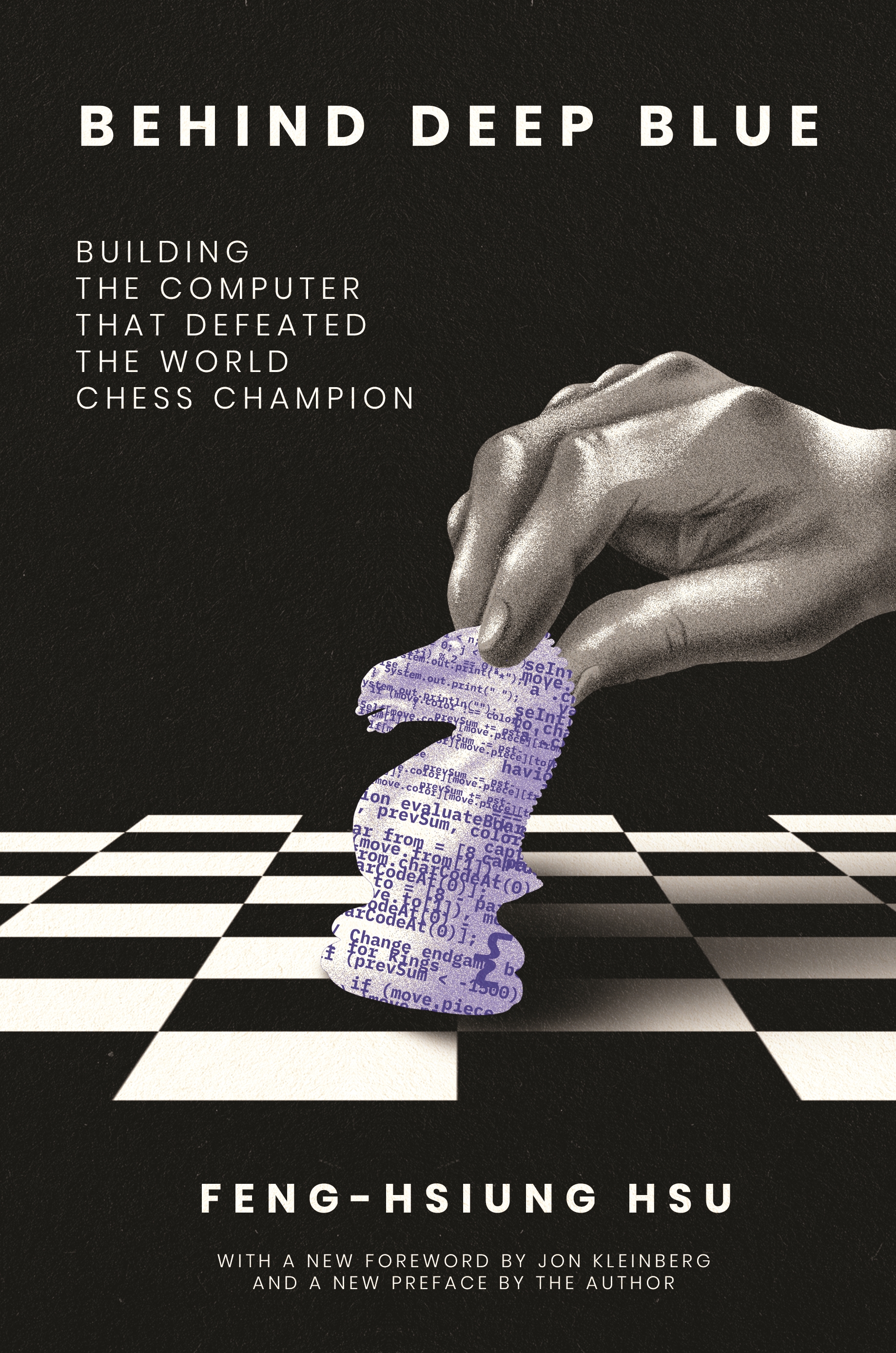 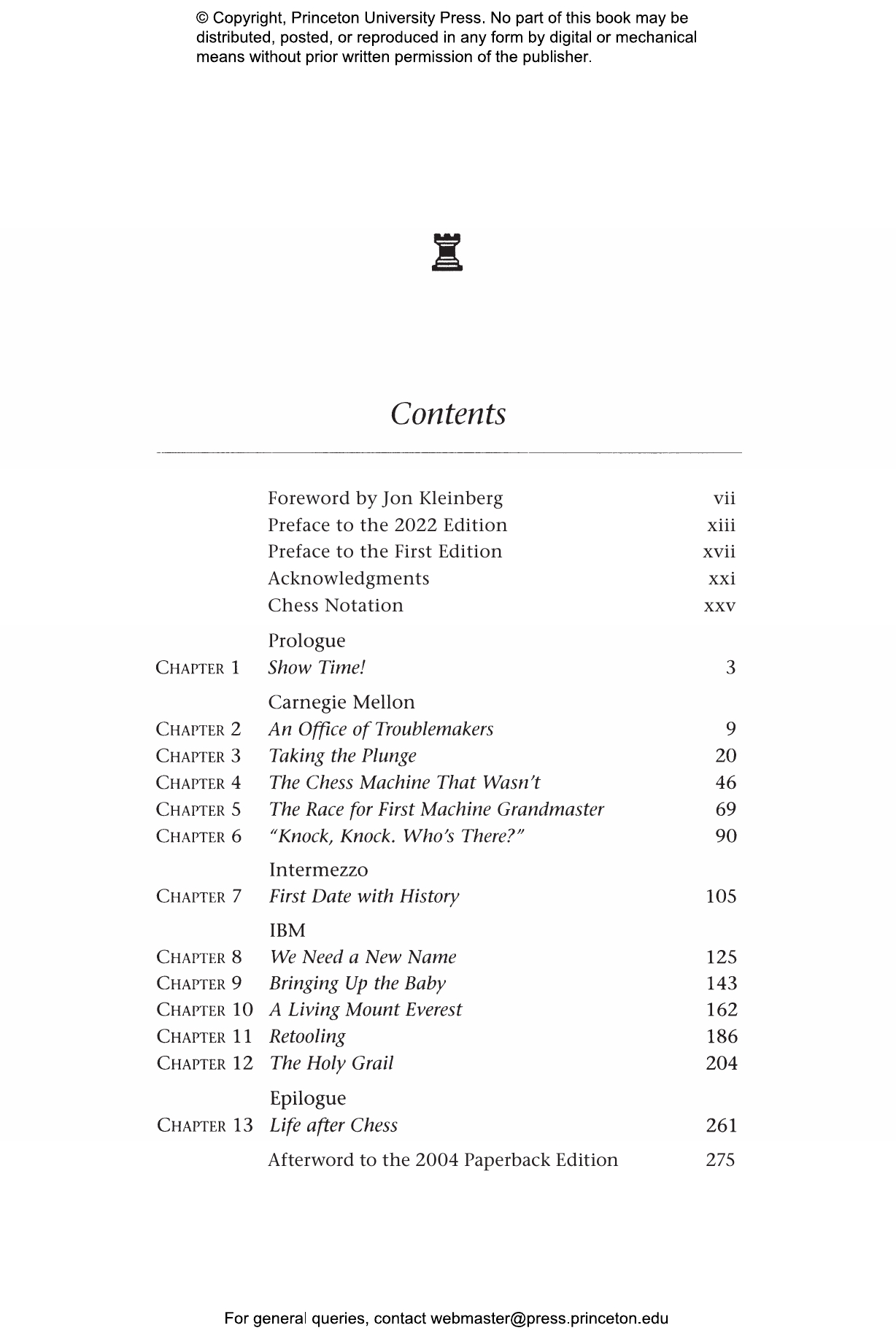 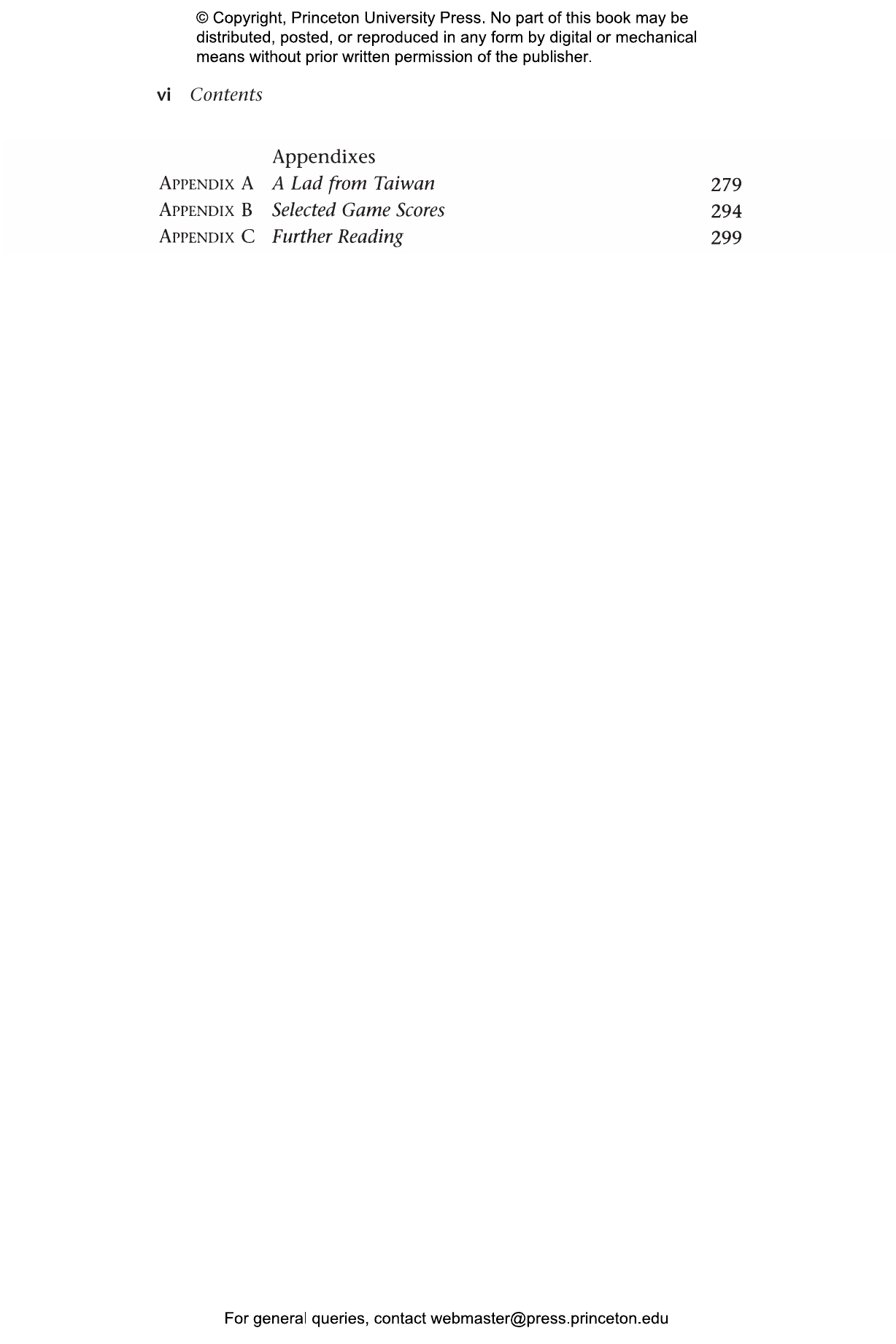 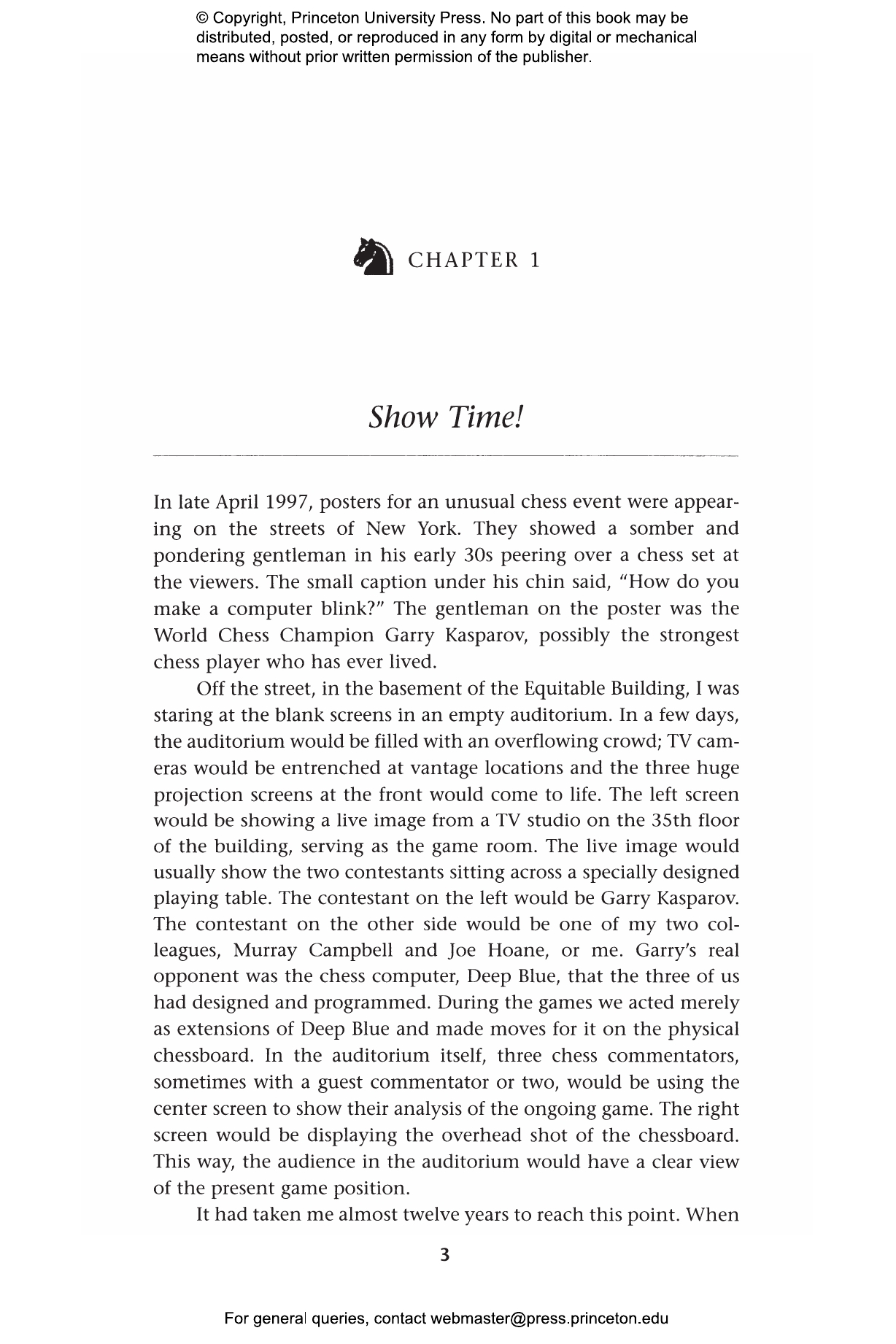 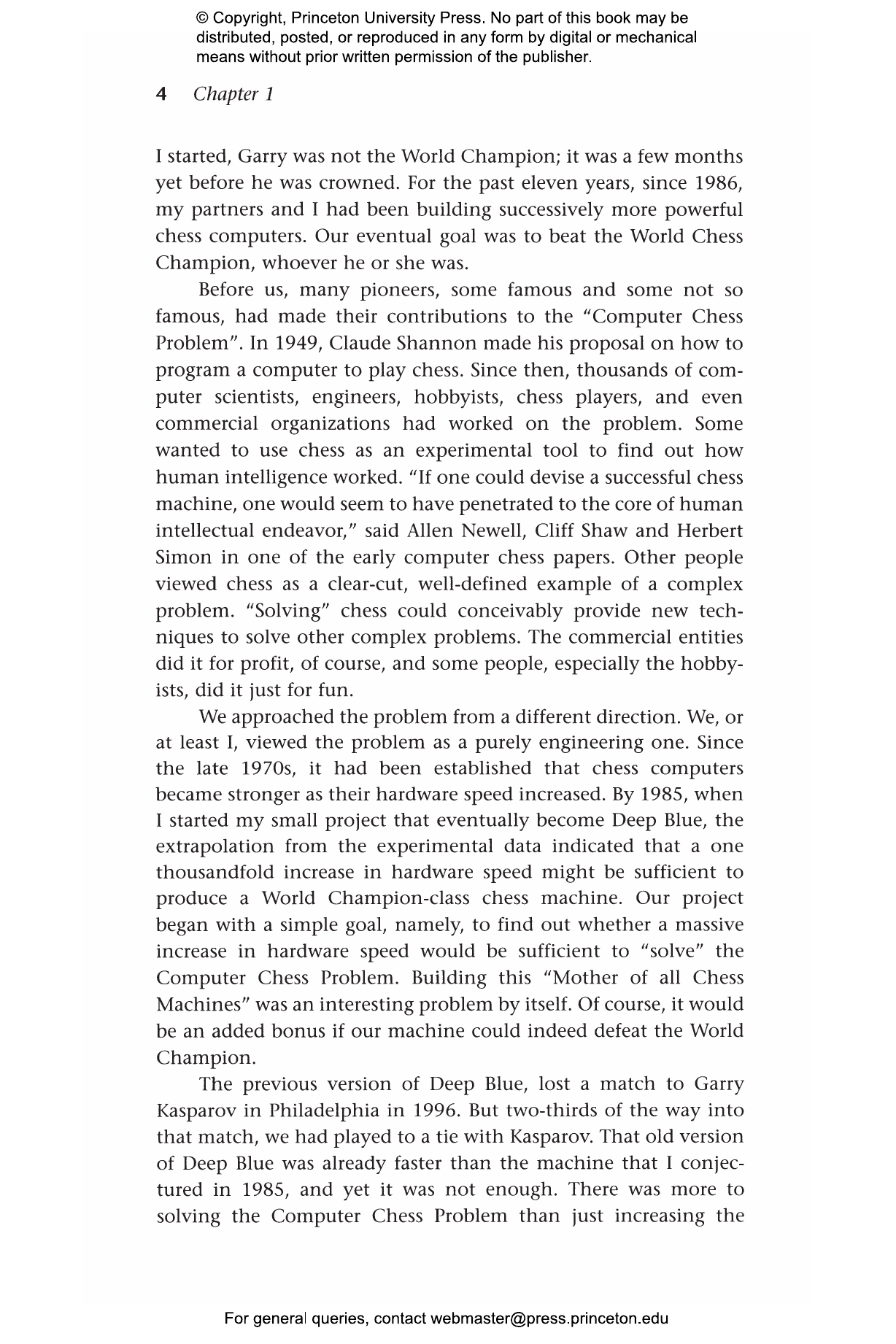 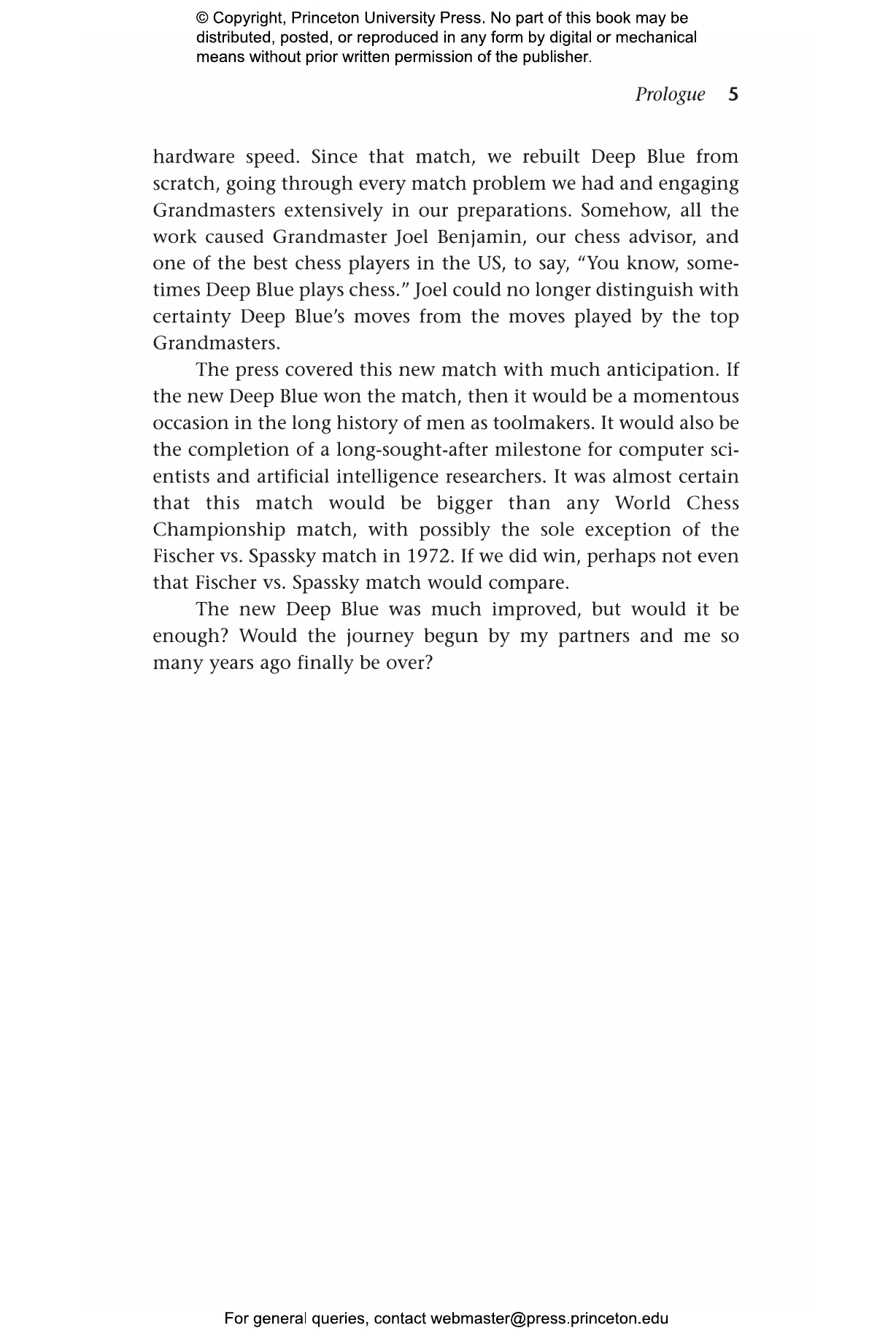 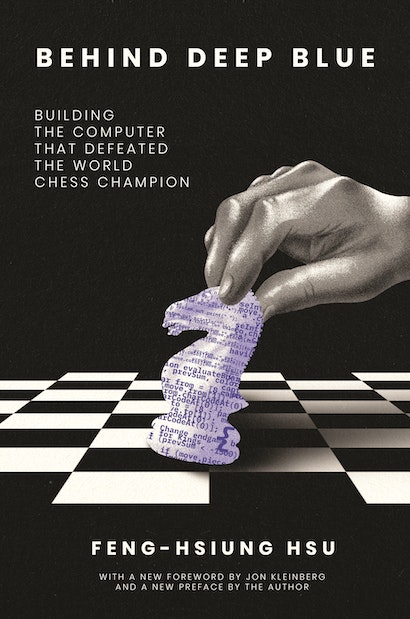 On May 11, 1997, millions worldwide heard news of a stunning victory, as a machine defeated the defending world chess champion, Garry Kasparov. Behind Deep Blue tells the inside story of the quest to create the mother of all chess machines and what happened at the two historic Deep Blue vs. Kasparov matches. Feng-hsiung Hsu, the system architect of Deep Blue, reveals how a modest student project started at Carnegie Mellon in 1985 led to the production of a multimillion-dollar supercomputer. Hsu discusses the setbacks, tensions, and rivalries in the race to develop the ultimate chess machine, and the wild controversies that culminated in the final triumph over the world’s greatest human player. With a new foreword by Jon Kleinberg and a new preface from the author, Behind Deep Blue offers a remarkable look at one of the most famous advances in artificial intelligence, and the brilliant toolmaker who invented it.

Feng-hsiung Hsu is the founding father of the Deep Blue project. He is now a senior researcher at Microsoft Research Asia.

“Clear and exciting: adversity encountered, challenges met, all with the human elements of pride and anxiety and triumph.”—Anthony Day, Los Angeles Times

“A fascinating account of the IBM computer and the match, written by its programmer.”—Lubomir Kavalek, Washington Post