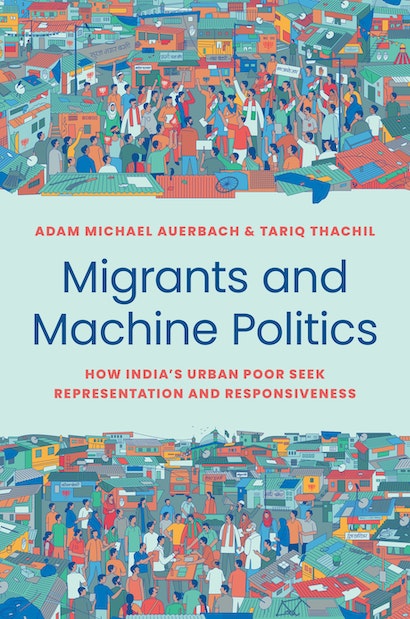 As the Global South rapidly urbanizes, millions of people have migrated from the countryside to urban slums, which now house one billion people worldwide. The transformative potential of urbanization hinges on whether and how poor migrants are integrated into city politics. Popular and scholarly accounts paint migrant slums as exhausted by dispossession, subdued by local dons, bought off by wily politicians, or polarized by ethnic appeals. Migrants and Machine Politics shows how slum residents in India routinely defy such portrayals, actively constructing and wielding political machine networks to demand important, albeit imperfect, representation and responsiveness within the country’s expanding cities.

By documenting how poor migrants actively shape urban politics in counterintuitive ways, Migrants and Machine Politics sheds new light on the political consequences of urbanization across India and the Global South.

Adam Michael Auerbach is associate professor in the School of International Service at American University. He is the author of Demanding Development. Tariq Thachil is the Madan Lal Sobti Chair for the Study of Contemporary India at the University of Pennsylvania. He is the author of Elite Parties, Poor Voters. 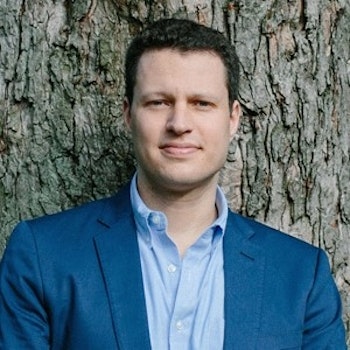 “This outstanding book is a model of social-science research. Its findings push against the literature on brokers in important and profound ways, highlighting the origins and agency of party machines. Migrants and Machine Politics recasts political networks as bridges to officials and services and not just as instruments of mobilization, coercion, and control.”—Allen Hicken, University of Michigan

“This book is a pioneering, rigorous, and beautifully written contribution to topics ranging from urban politics to representation and accountability in democracies. Going against the grain of much of the literature, it provides a vivid sense of how the urban poor exercise their political agency.”—Pratap B. Mehta, Princeton University

“This pathbreaking book is both a crucial contribution to our understanding of local-level democracy and an extraordinary example of the value of integrating ethnography with multimethod empirical research. Migrants and Machine Politics is a must-read for scholars of distributive politics, political representation, and urban politics.”—Maria Victoria Murillo, Columbia University

“Auerbach and Thachil’s deep fieldwork and surveys show how local brokers pick the projects that advance their political careers and reputations, how voters select the brokers who are best able to bring development, and how political parties pick the brokers who are most competent in delivering the votes. A tour de force in the comparative study of clientelism.”—Steven I. Wilkinson, author of Votes and Violence: Electoral Competition and Ethnic Riots in India

“This excellent book enhances our understanding of party and machine politics in the urban slums of India. Auerbach and Thachil capture the multifaceted nature of the politics underlying network formation between clients and patrons in India’s cities.”—Amaney A. Jamal, author of Of Empires and Citizens: Pro-American Democracy or No Democracy at All?

“A tour de force. Migrants and Machine Politics is essential reading for anyone concerned with issues of democratic representation, distributive politics, urbanization, and migration, not just in India but across the Global South.”—Gabrielle Kruks-Wisner, author of Claiming the State: Active Citizenship and Social Welfare in Rural India

“Auerbach and Thachil draw on in-depth fieldwork, interviews, and surveys to offer compelling new insights into the dynamics of local-level party operations in urban India. Migrants and Machine Politics enriches our understanding of practical politics in the Global South.”—Jennifer Bussell, author of Clients and Constituents: Political Responsiveness in Patronage Democracies