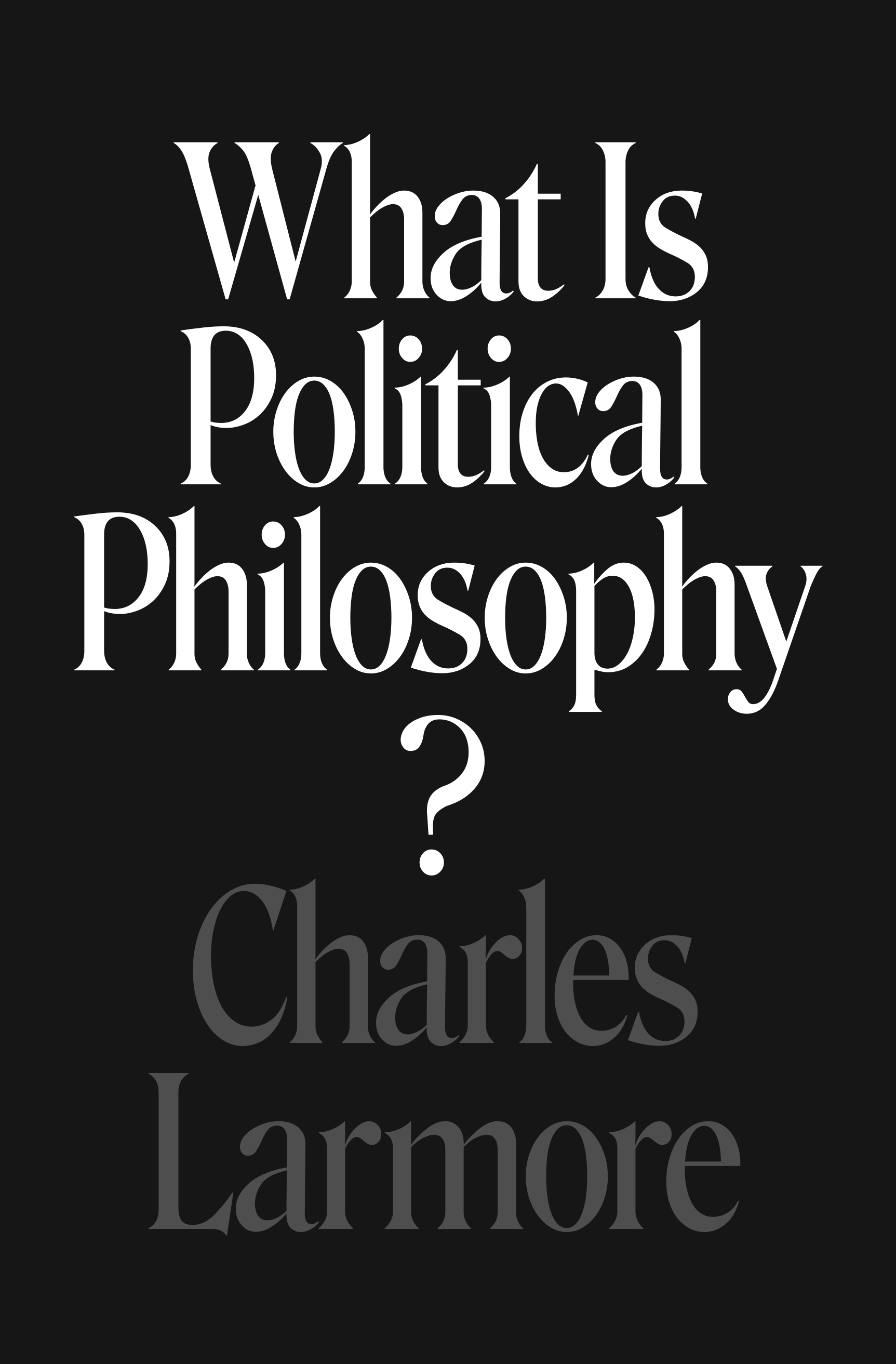 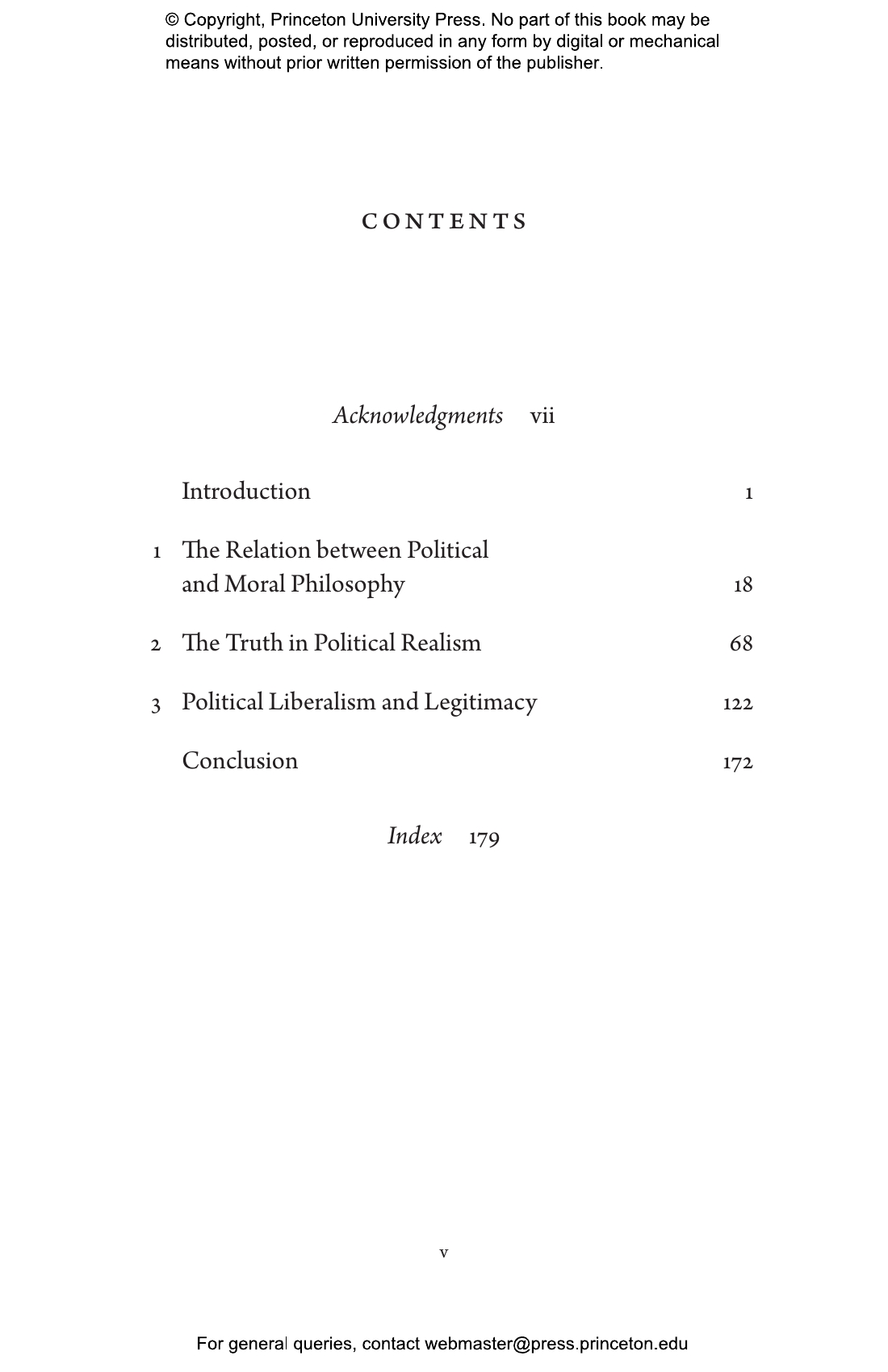 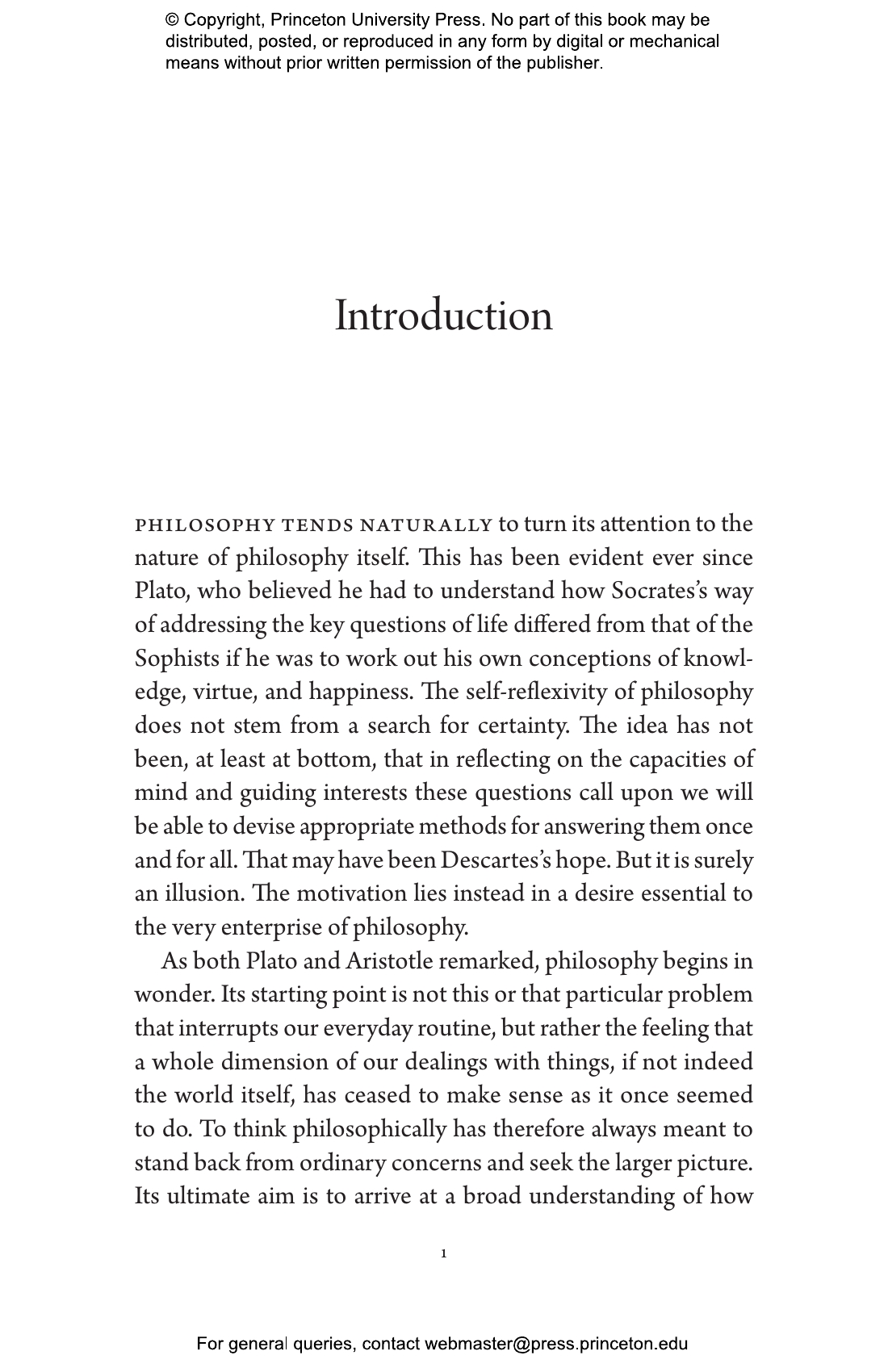 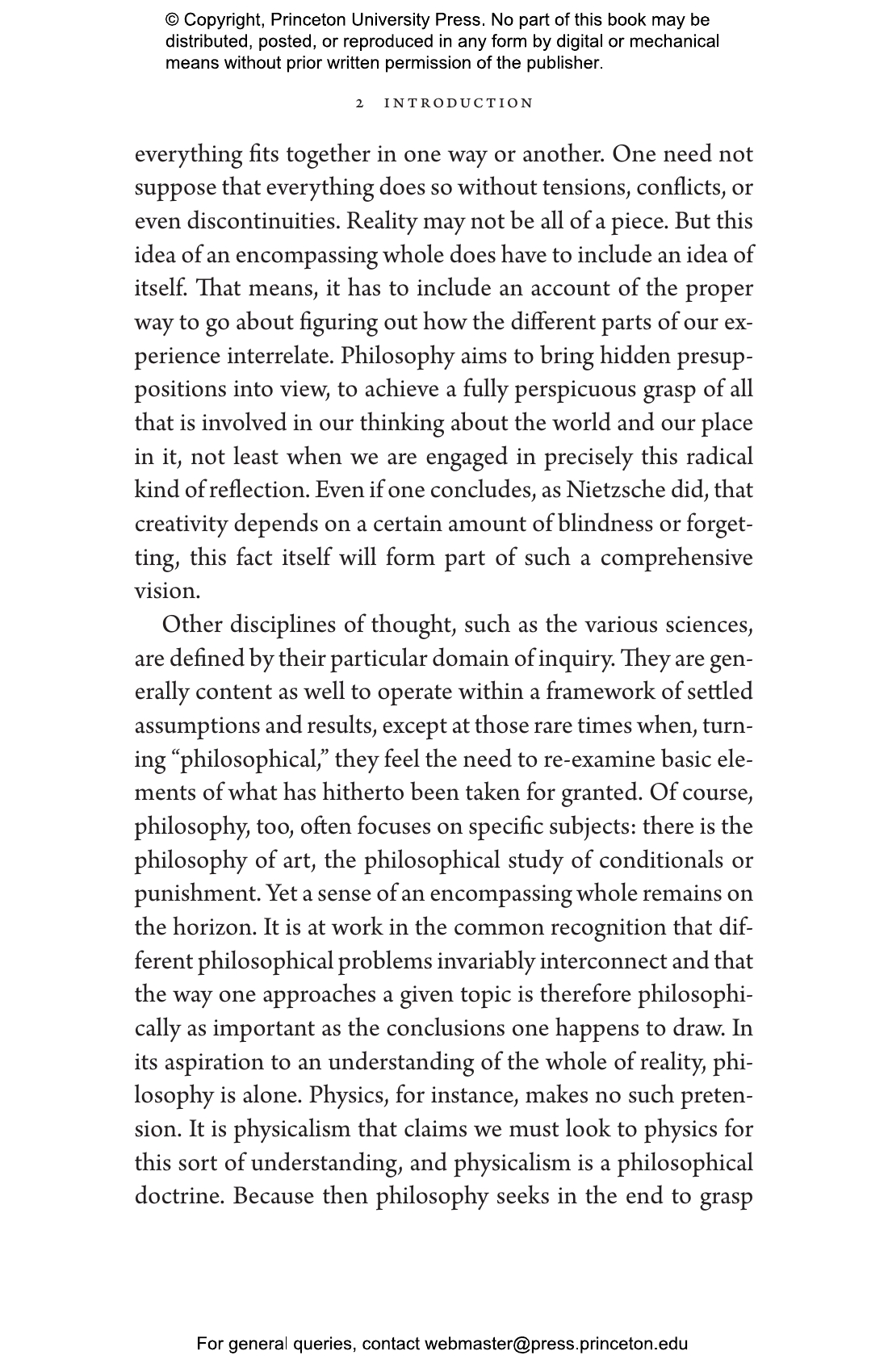 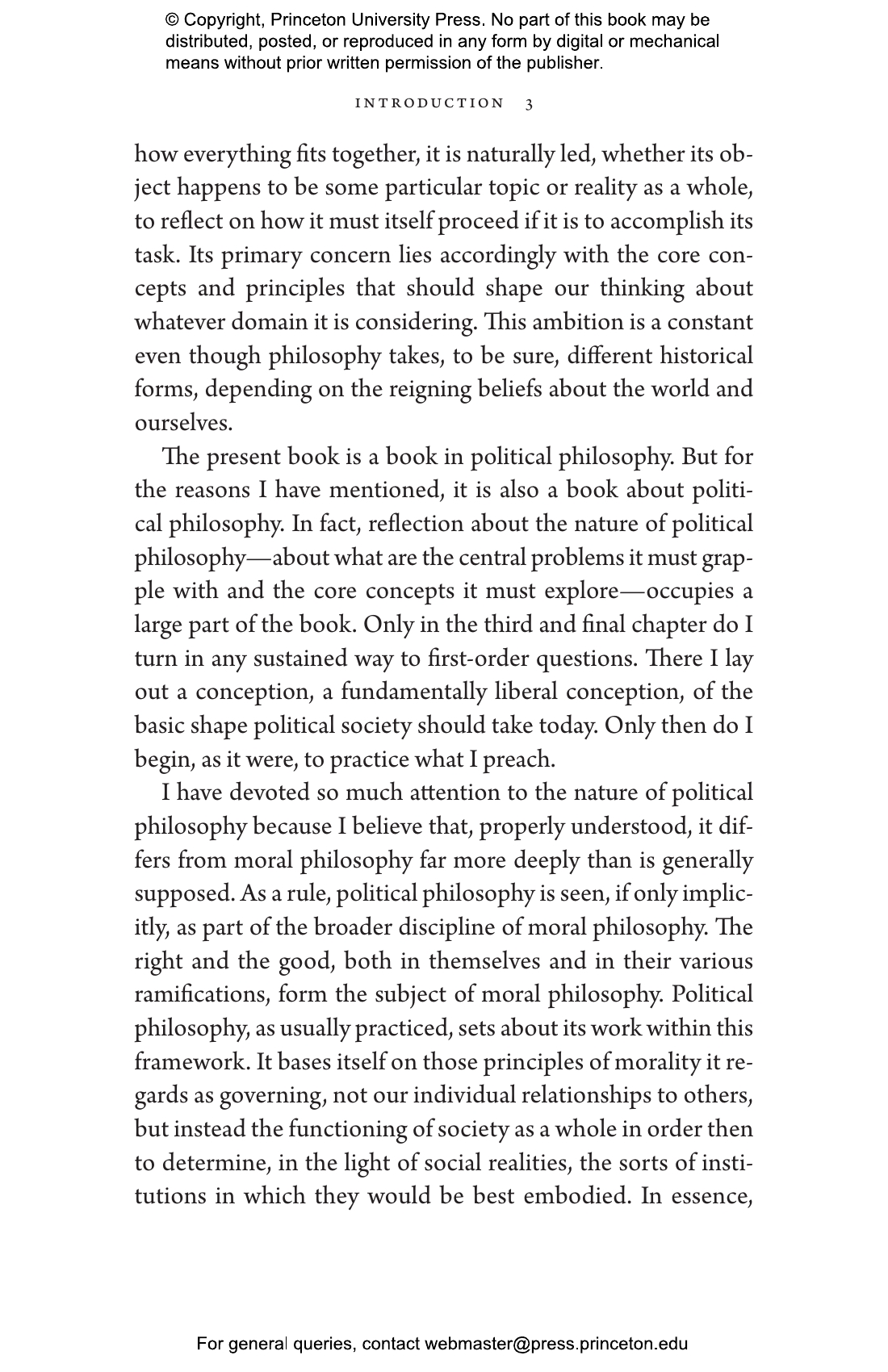 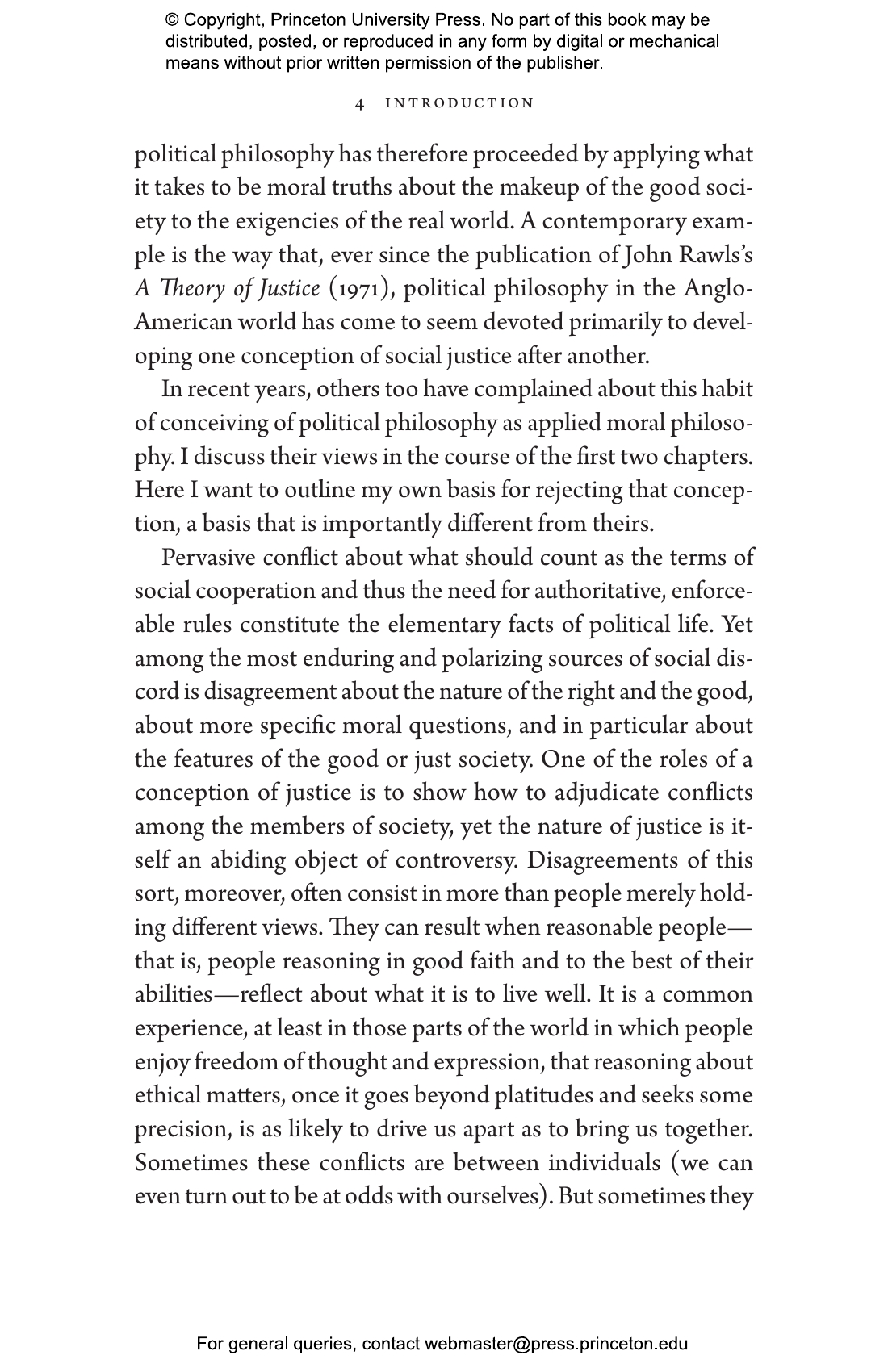 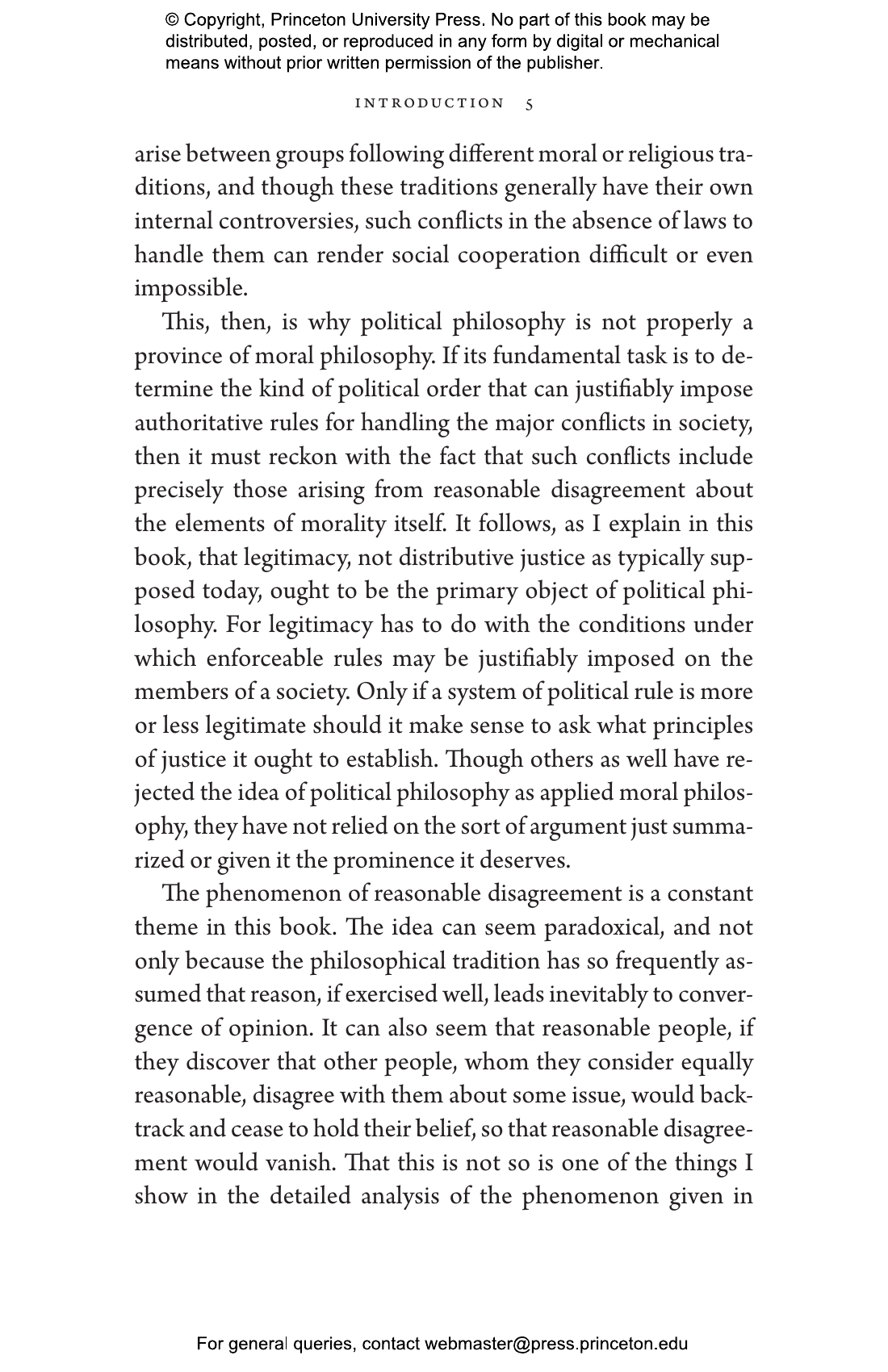 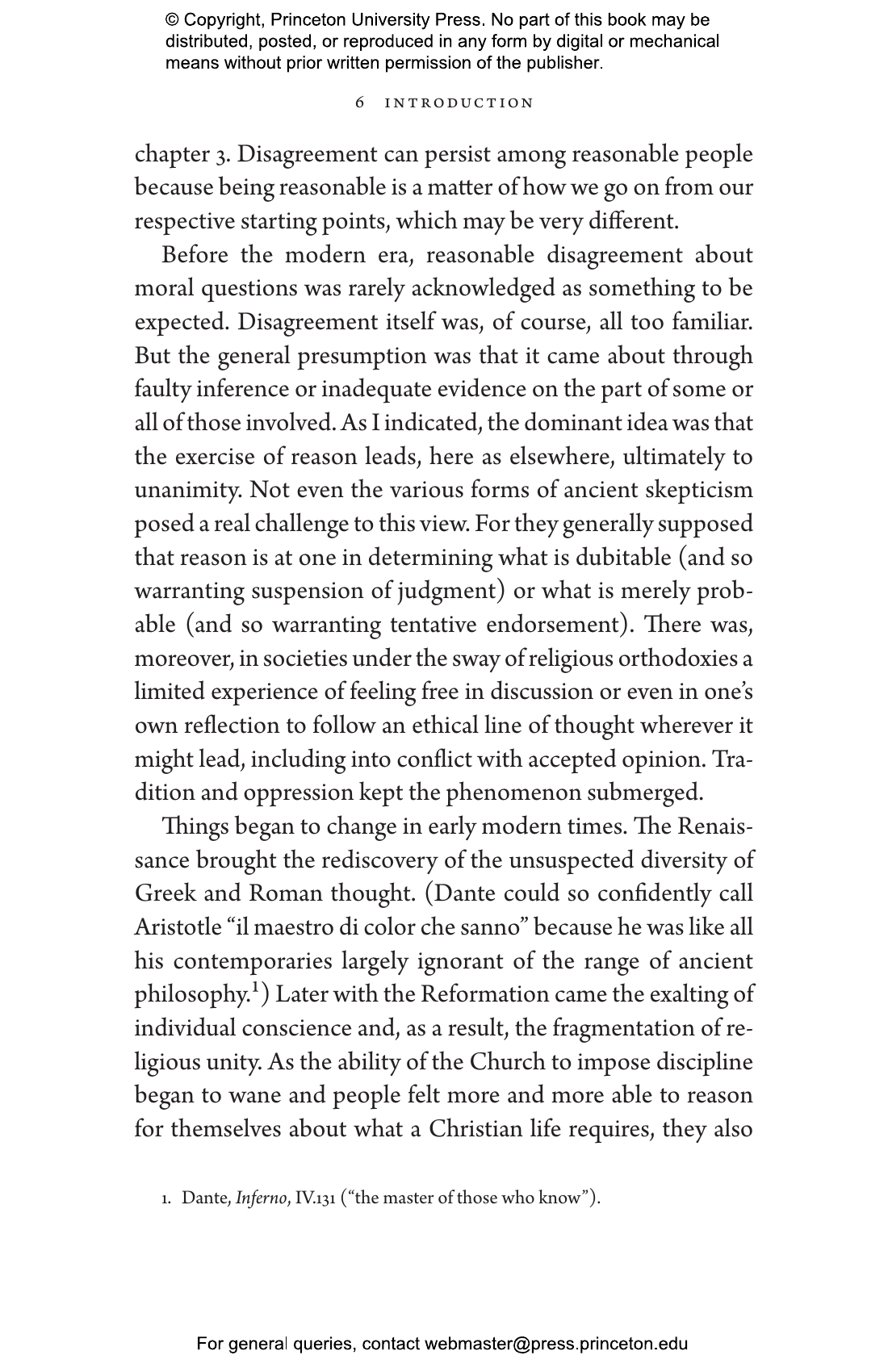 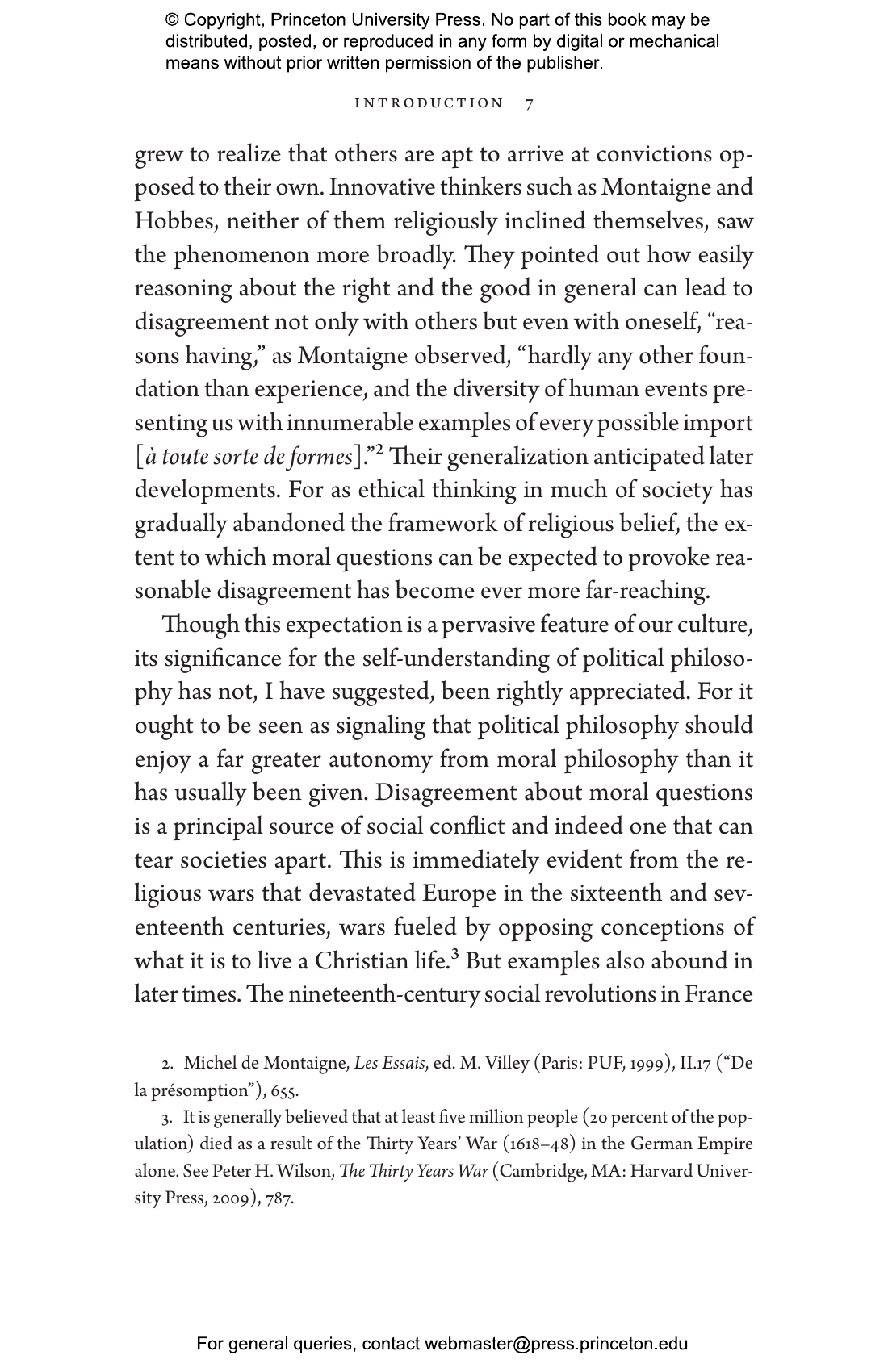 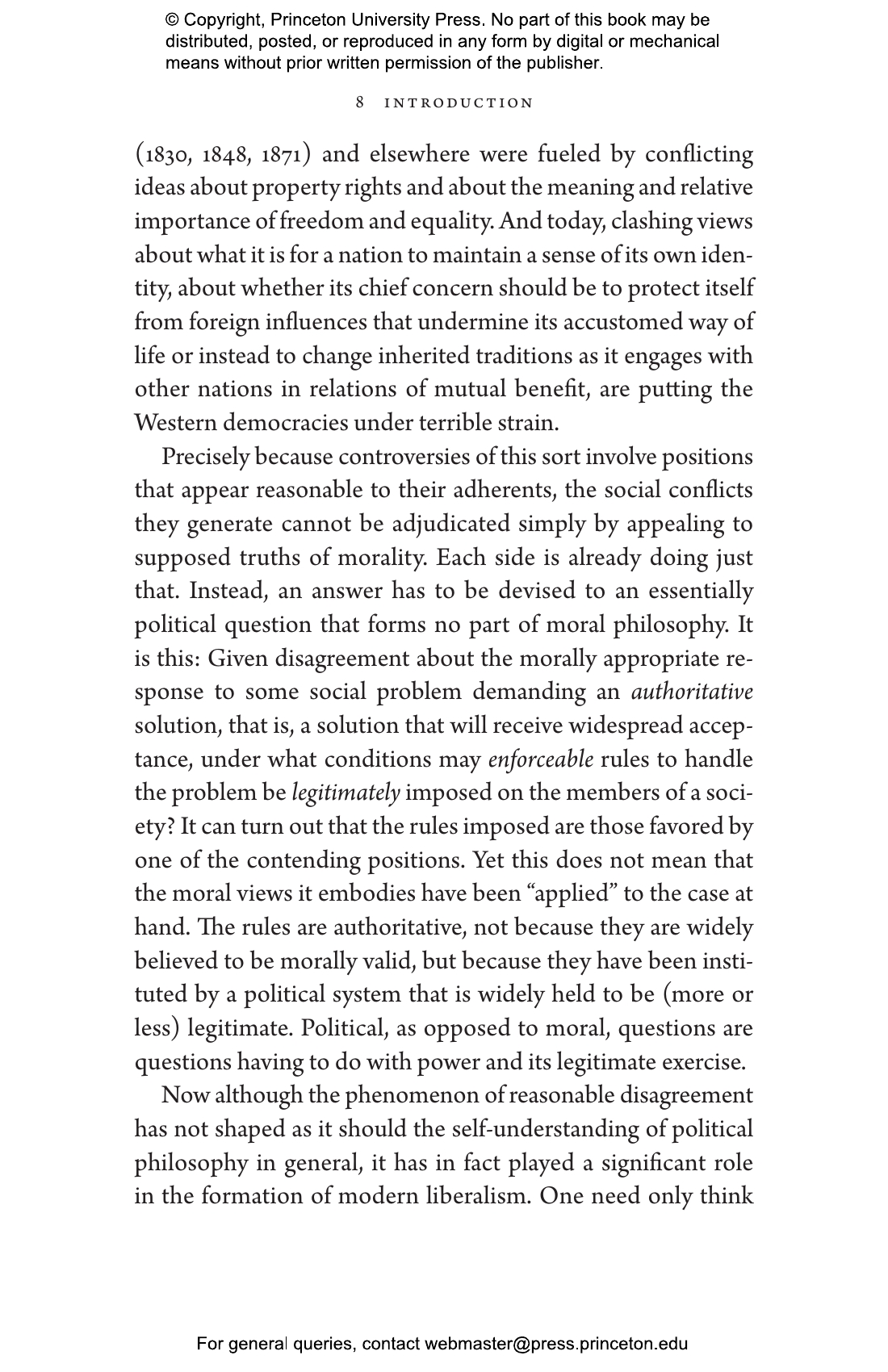 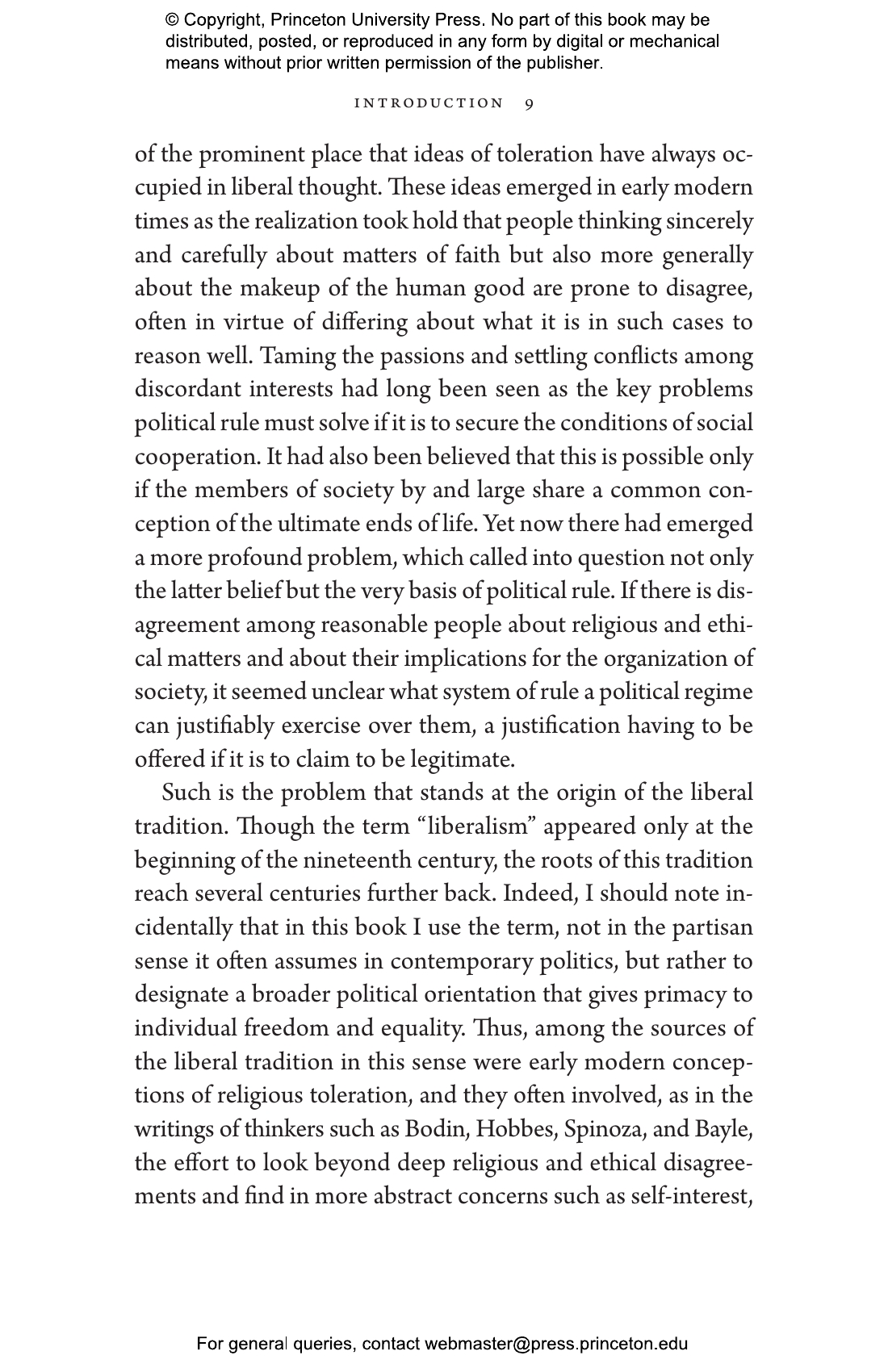 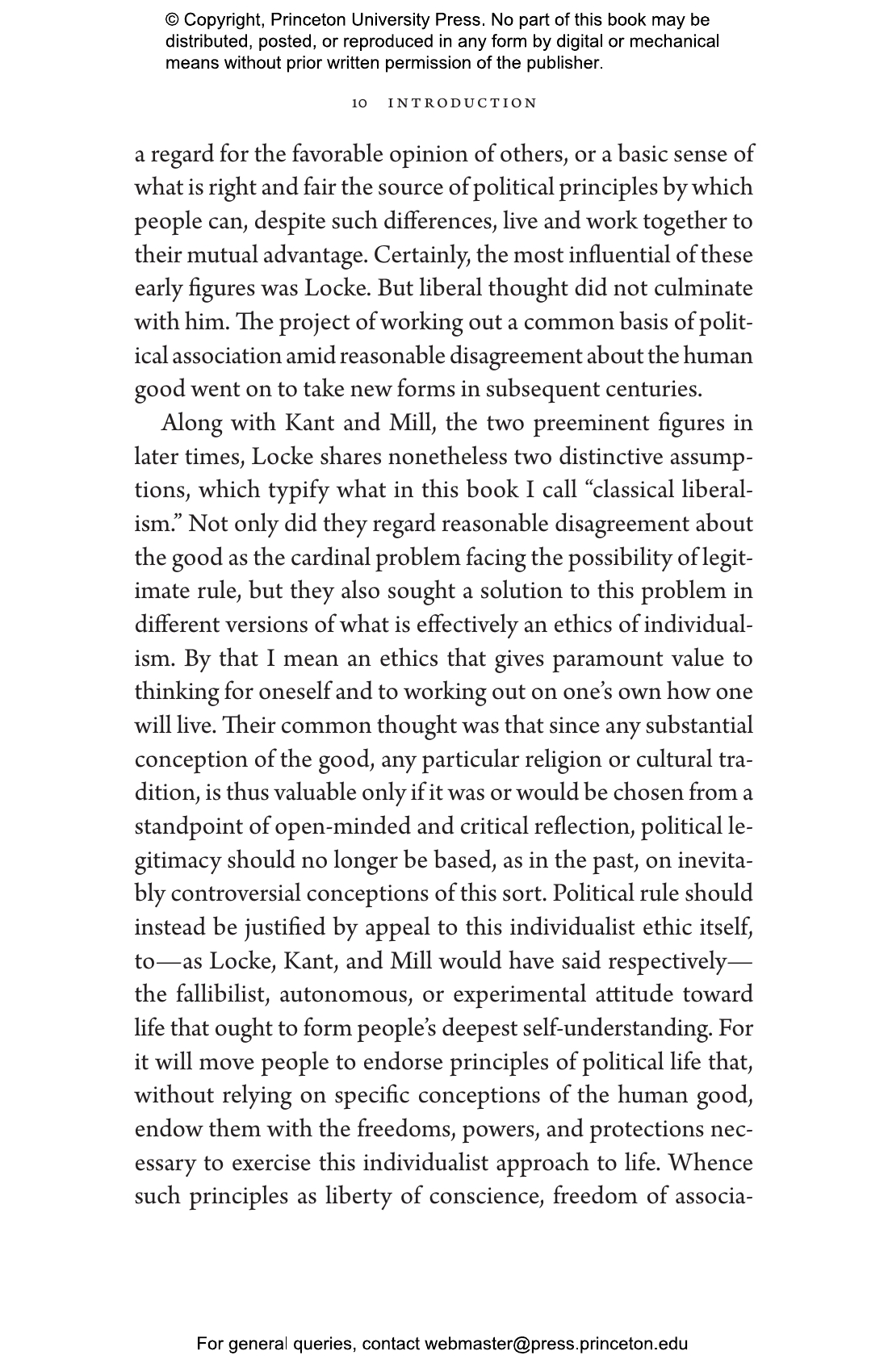 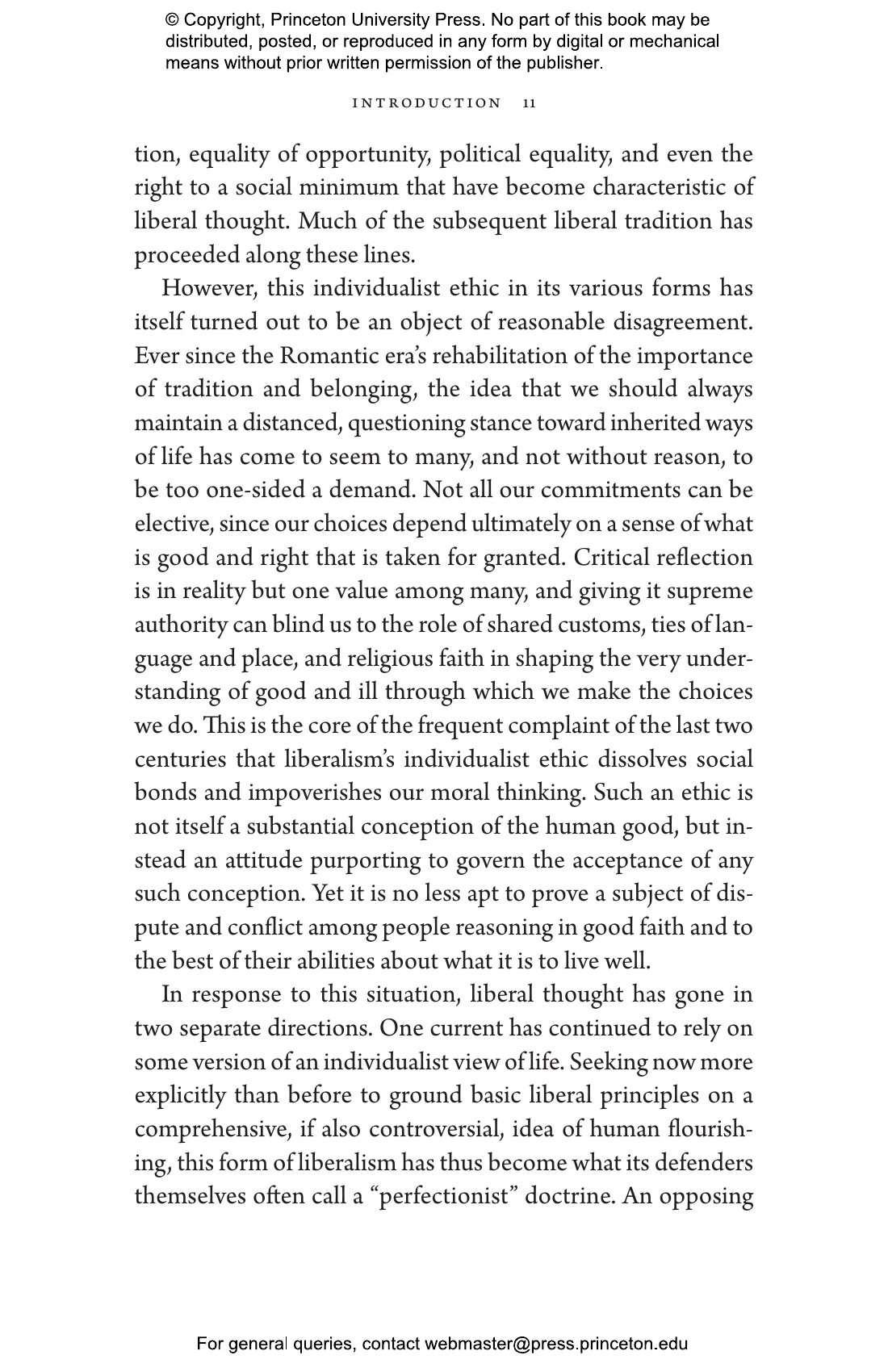 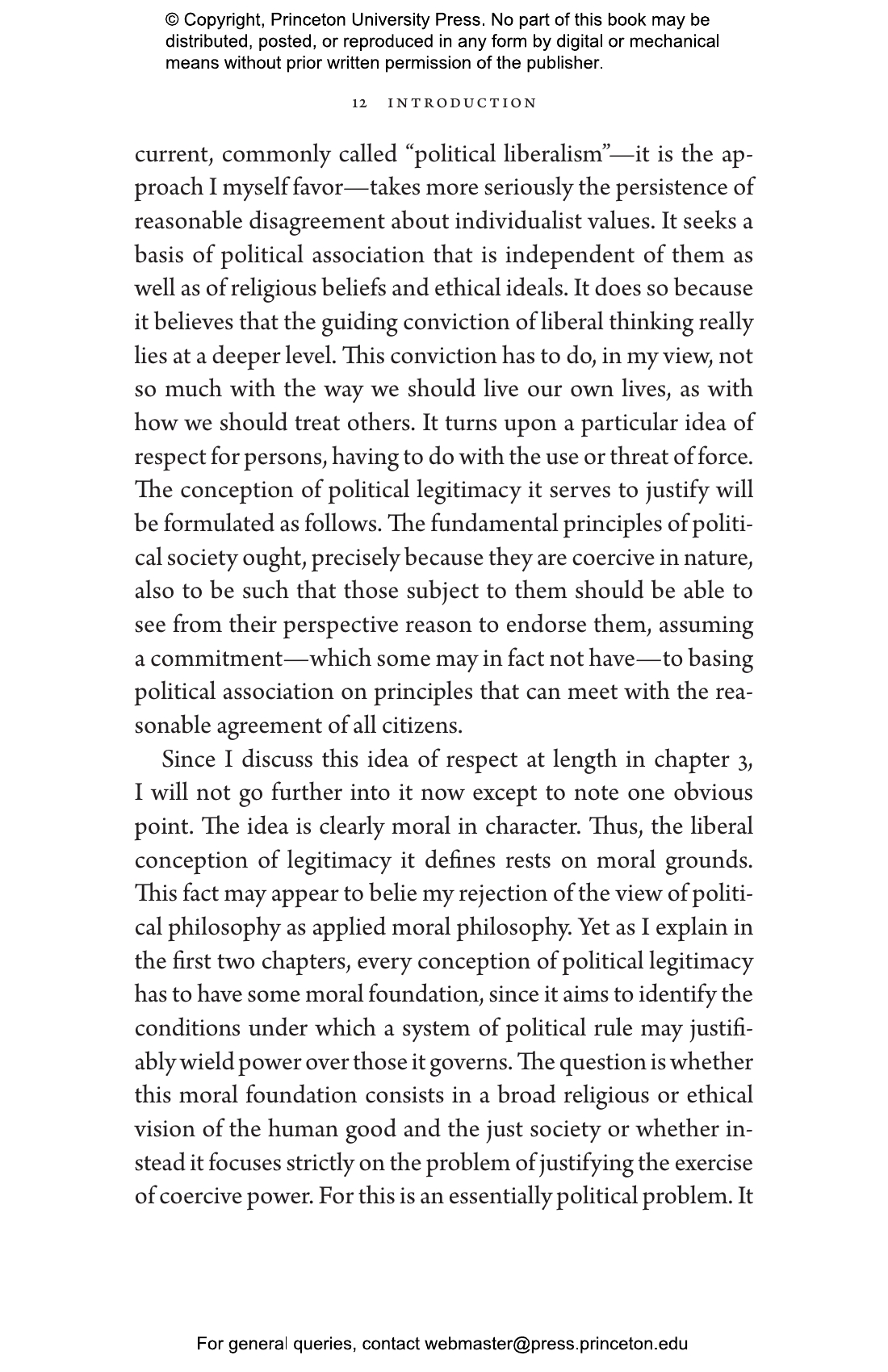 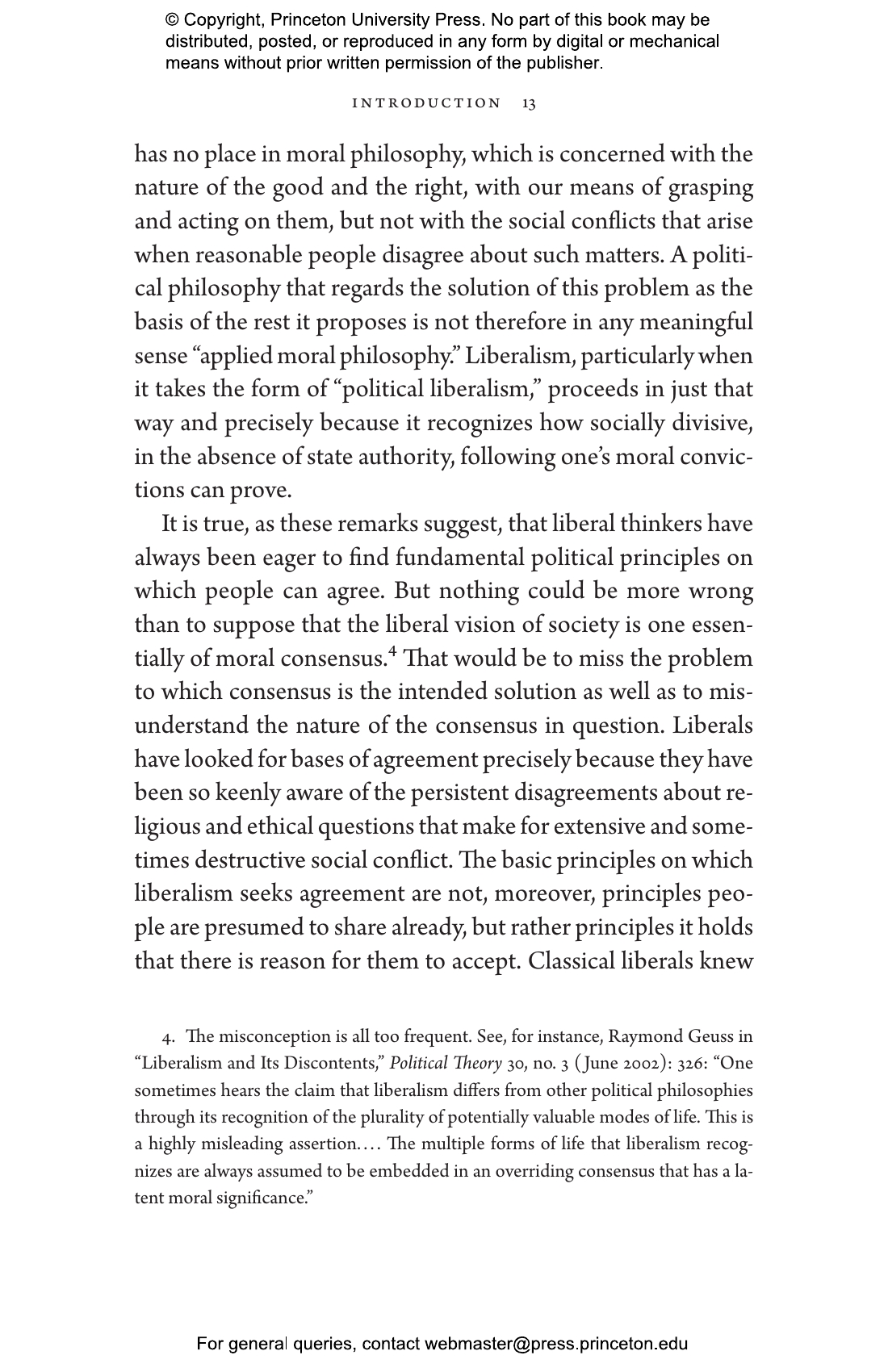 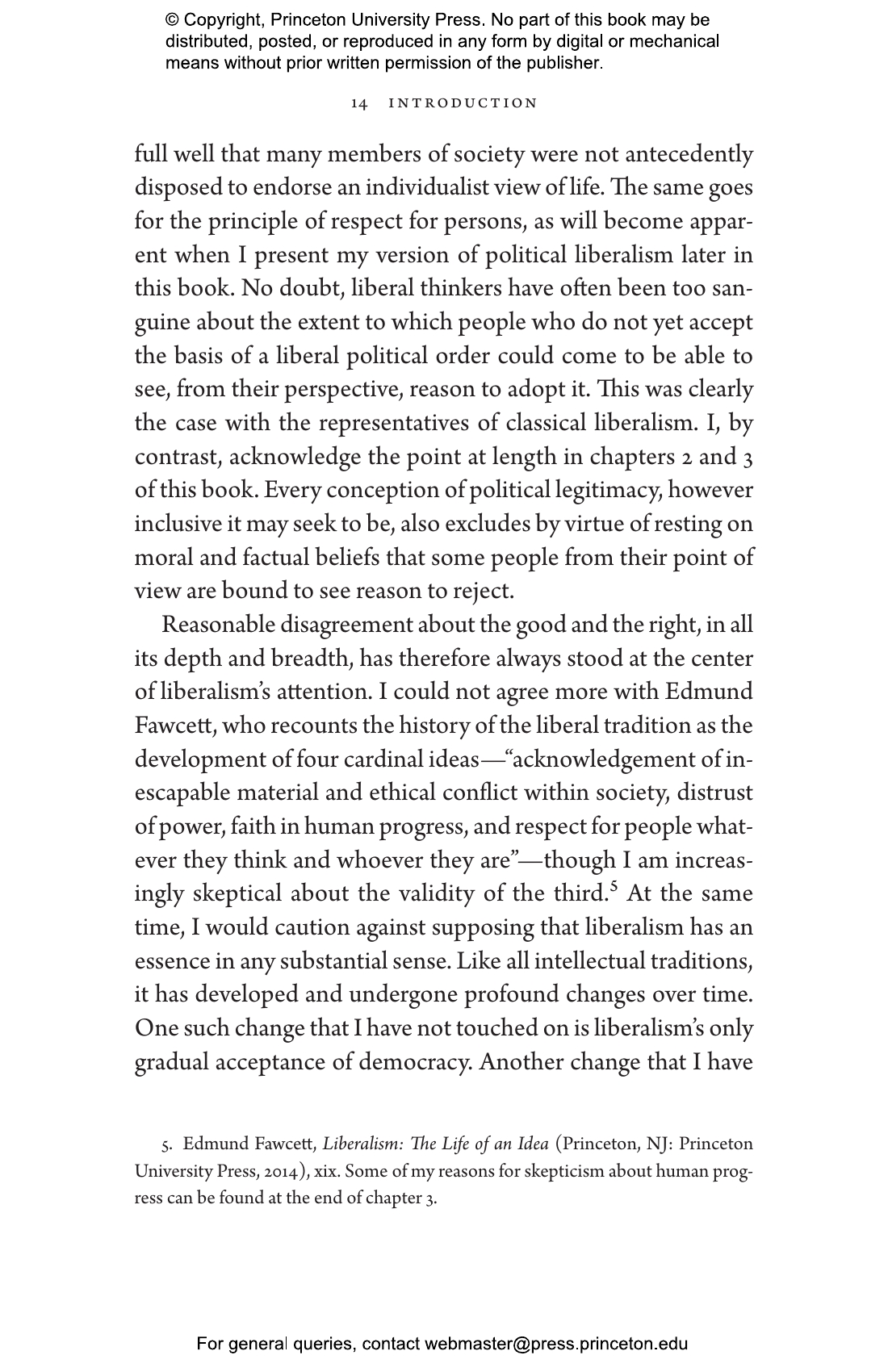 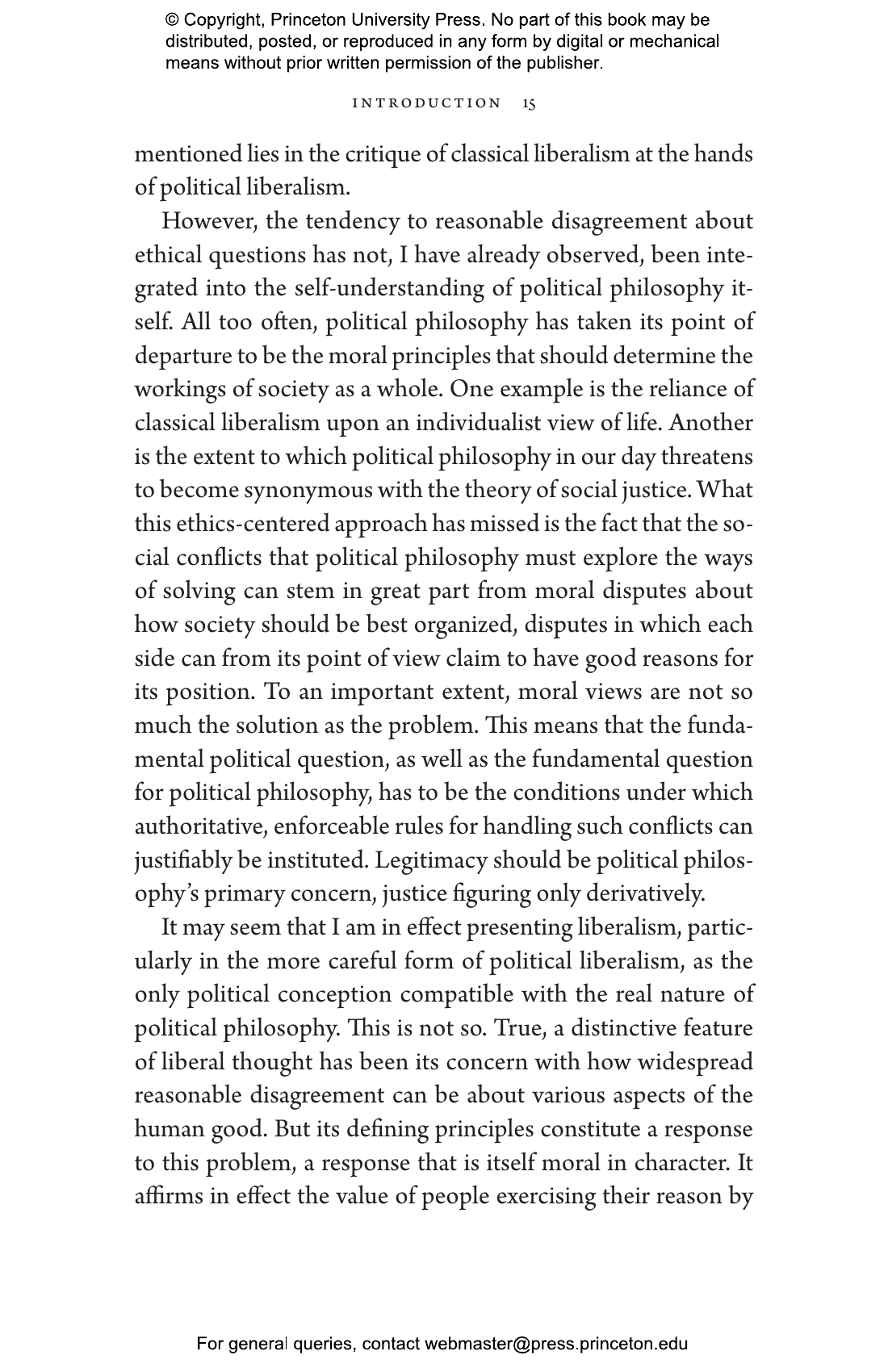 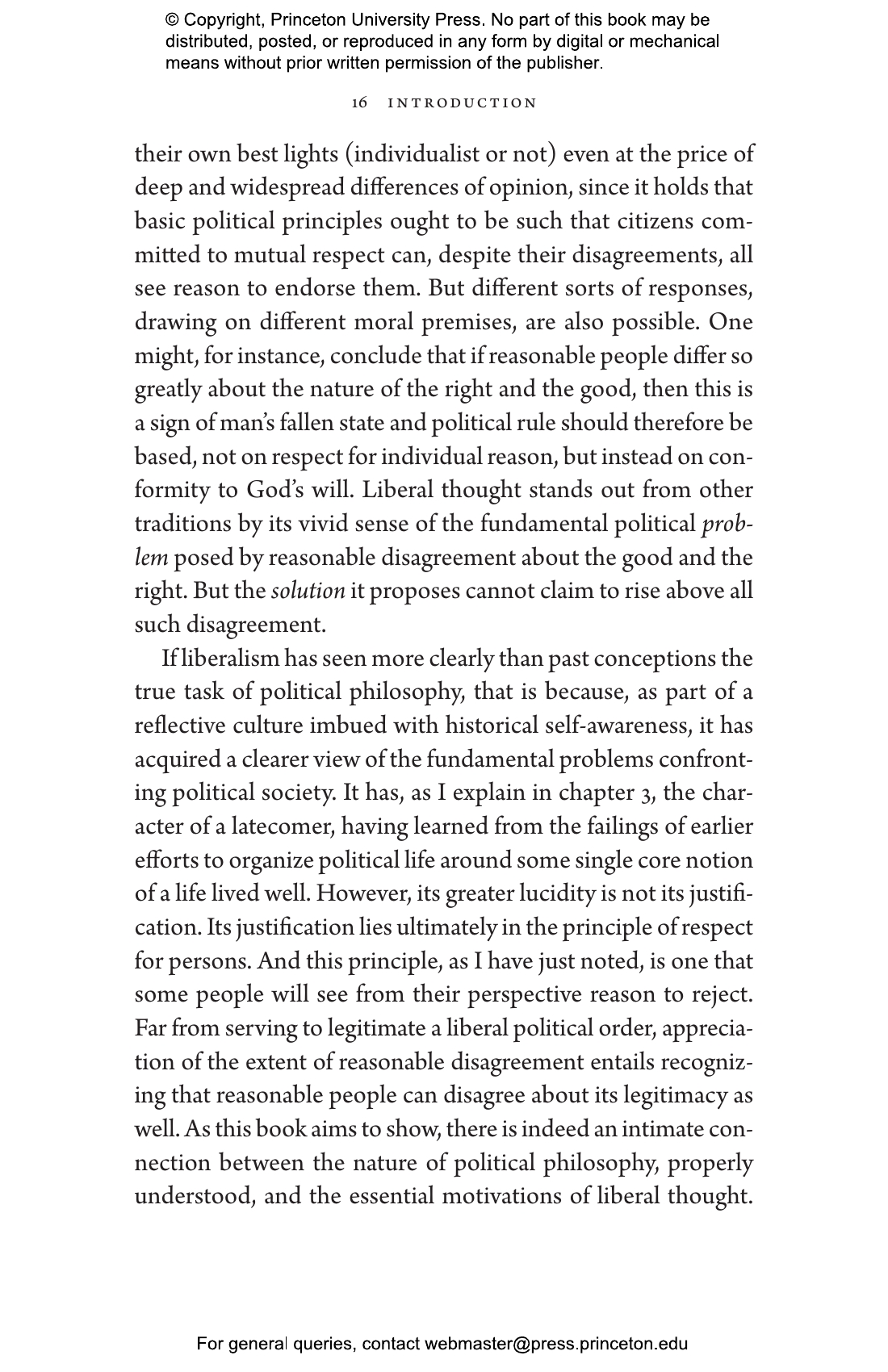 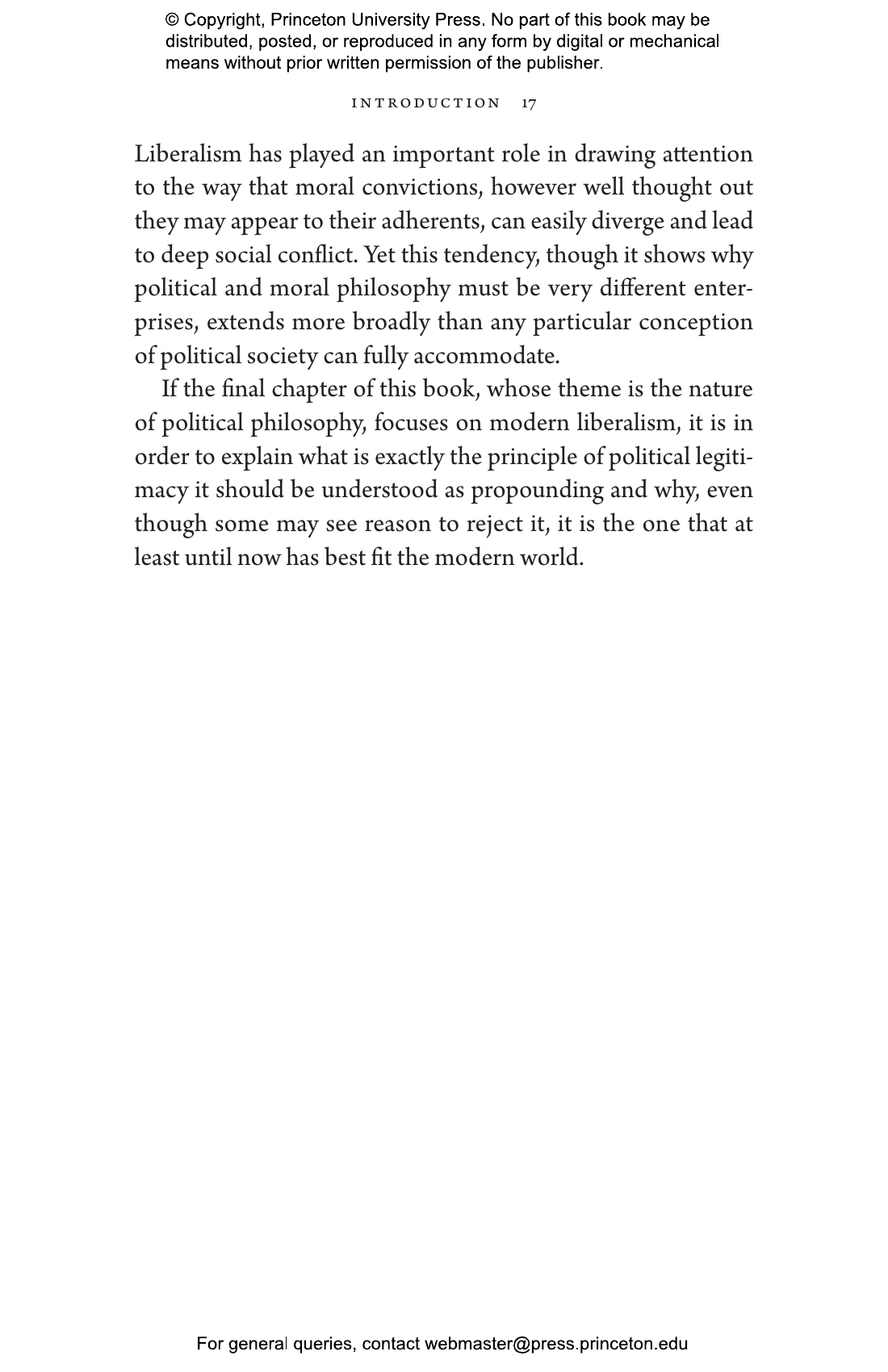 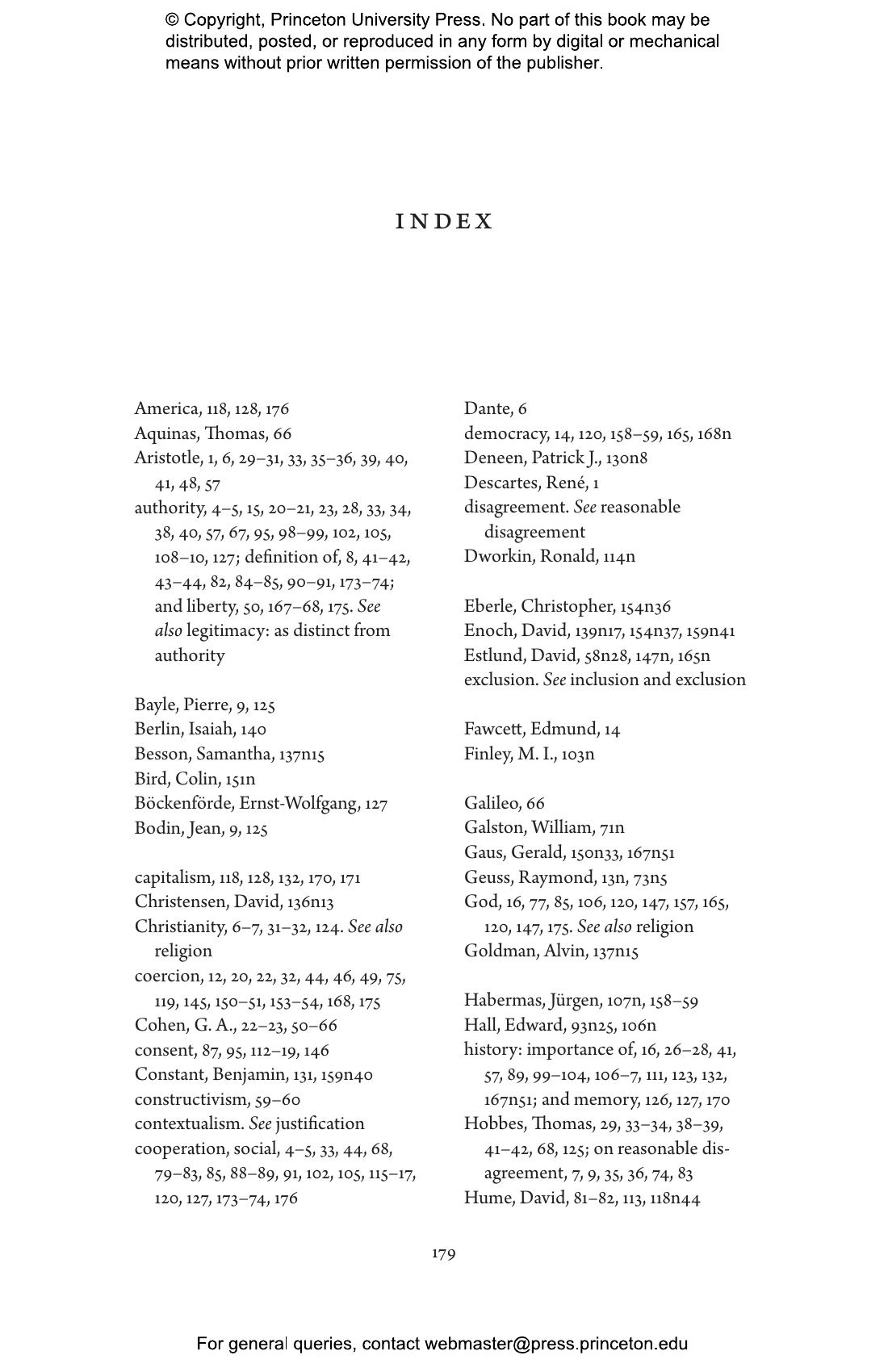 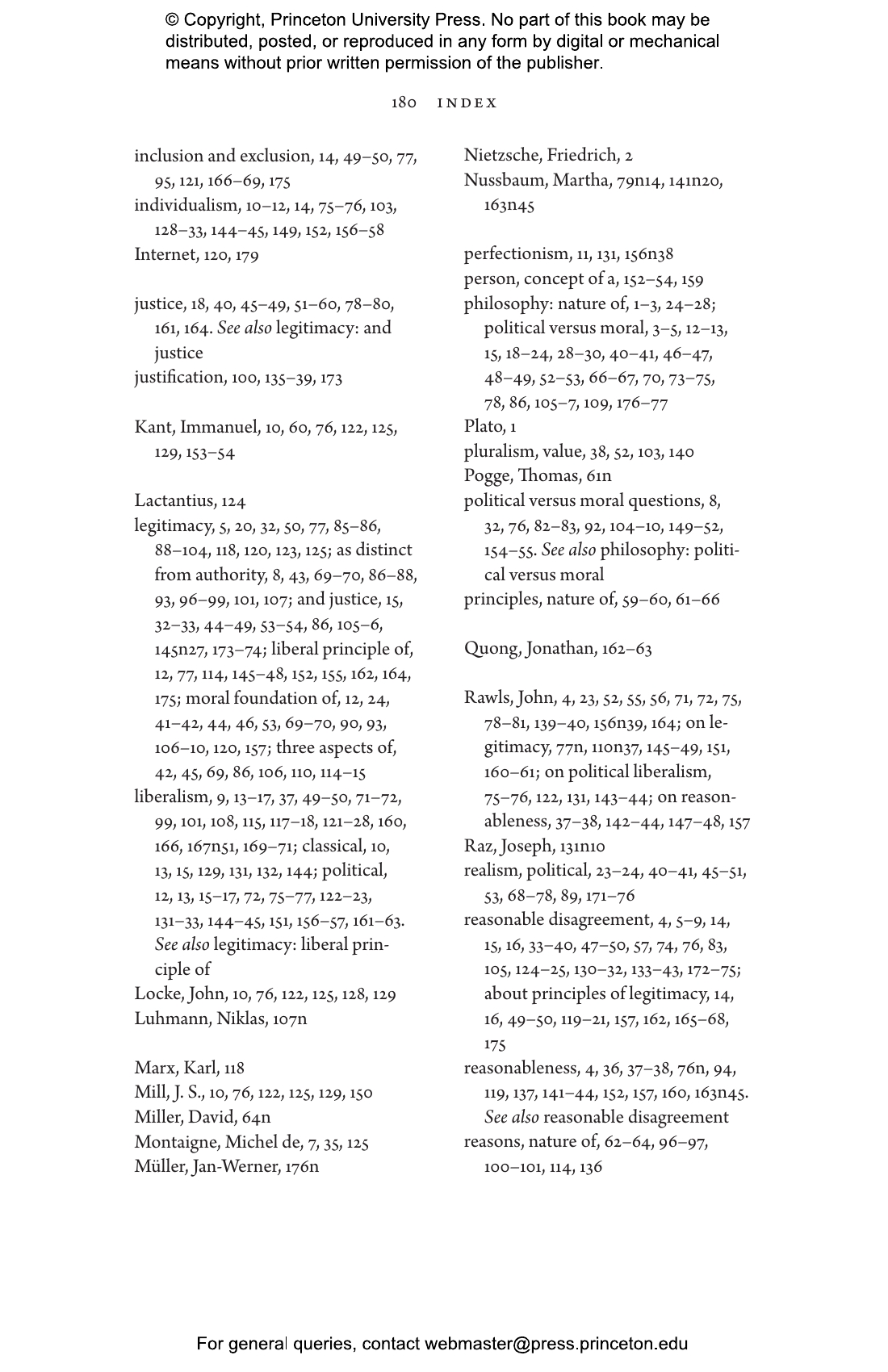 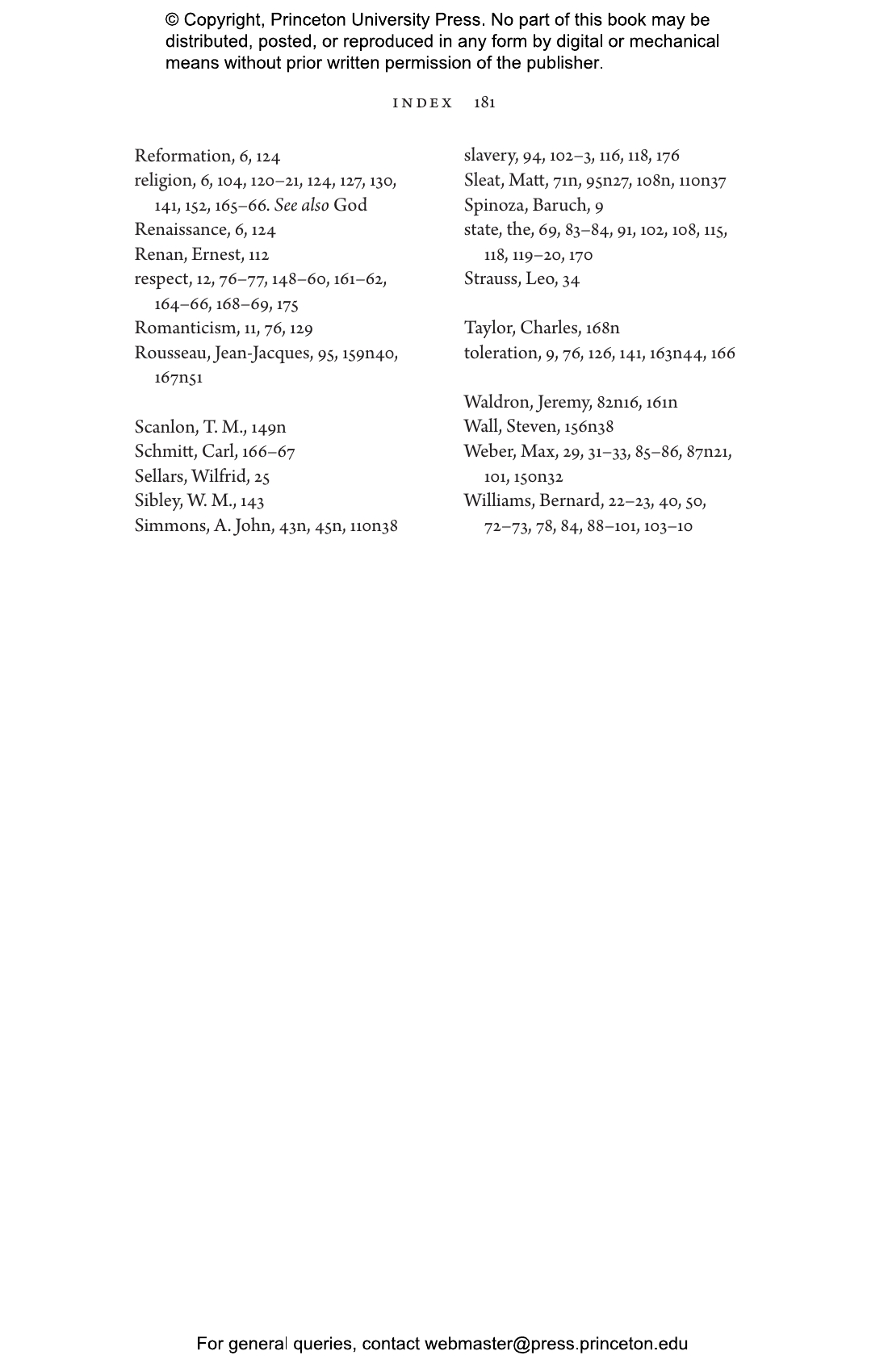 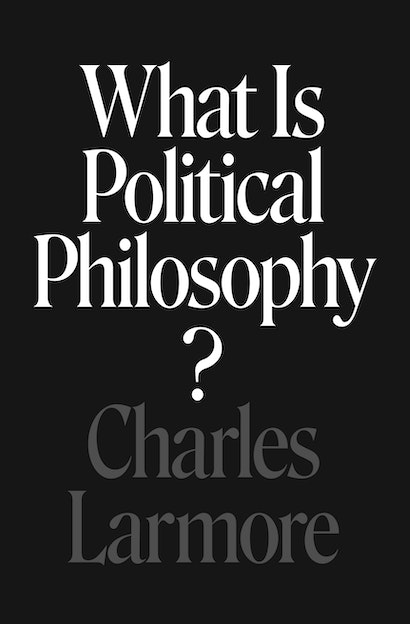 Because political life is characterized by deep and enduring conflict between rival interests and differing moral ideals, the core problems of political philosophy are the regulation of conflict and the conditions under which the members of society may thus be made subject to political authority. We cannot assume that reason will lead to unanimity about these matters because individuals hold different moral convictions. Larmore therefore analyzes the concept of reasonable disagreement and investigates the ways we can adjudicate conflicts among people who reasonably disagree about the nature of the human good and the proper basis of political society. Challenging both the classical liberalism of Locke, Kant, and Mill, and more recent theories of political realism proposed by Bernard Williams and others, Larmore argues for a version of political liberalism that is centered on political legitimacy rather than on social justice, and that aims to be well suited to our times rather than universally valid.

Forceful and thorough yet concise, What Is Political Philosophy? proposes a new definition of political philosophy and demonstrates the profound implications of that definition. The result is a compelling and distinctive intervention from a major political philosopher.

Charles Larmore is professor of philosophy and the W. Duncan MacMillan Family Professor in the Humanities at Brown University. His previous works include The Autonomy of Morality and The Practices of the Self. 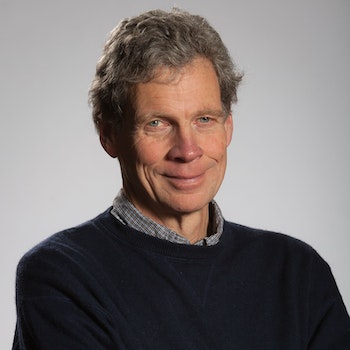 "Larmore's picture of our discipline is original and compelling, and the contrast with both moralism and realism is illuminating."—Jonathan Quong, University of Southern California

"Larmore is one of our finest political philosophers and this book displays his insight, sweep, and rigor."—Leif Wenar, King's College London