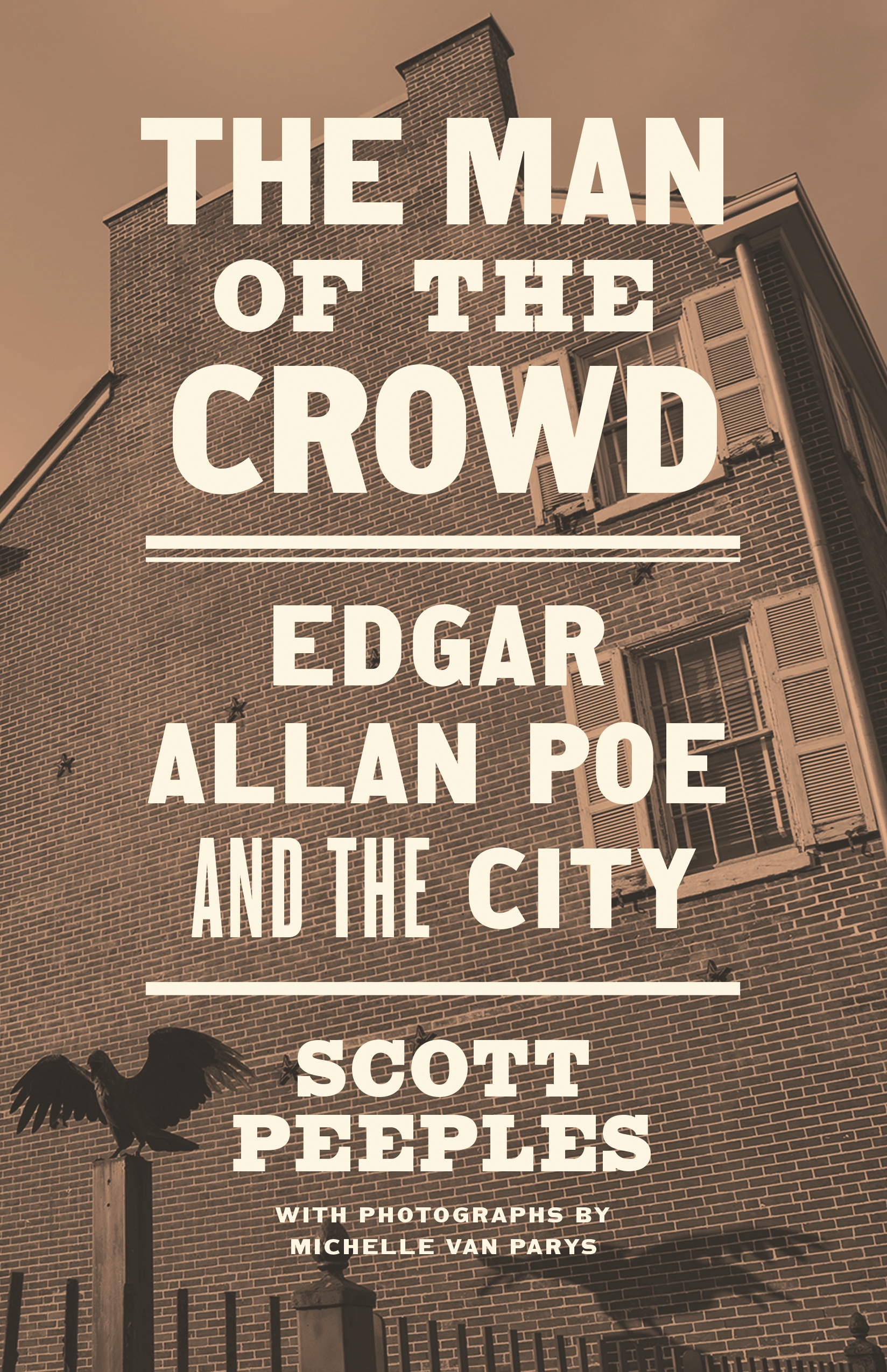 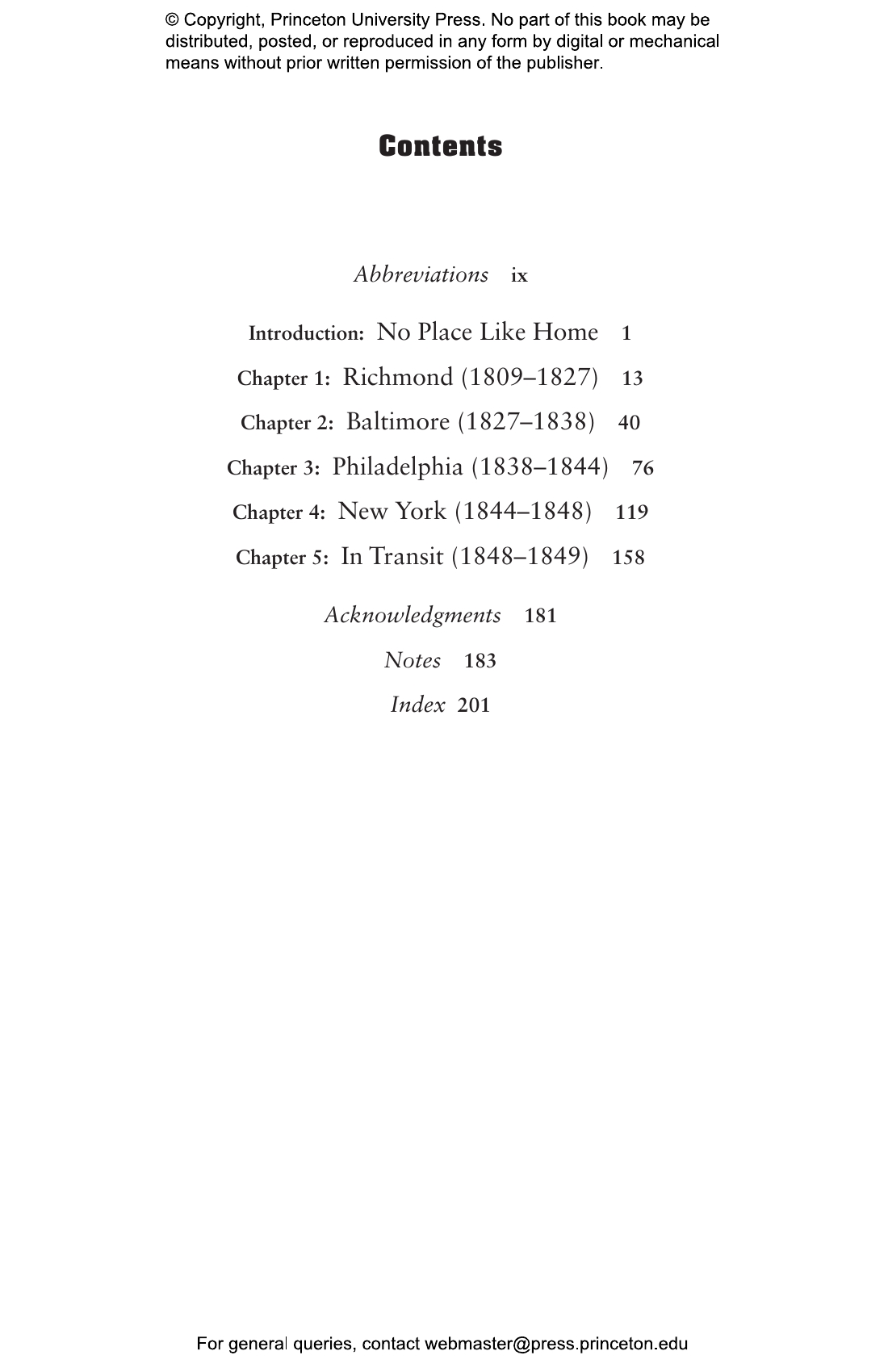 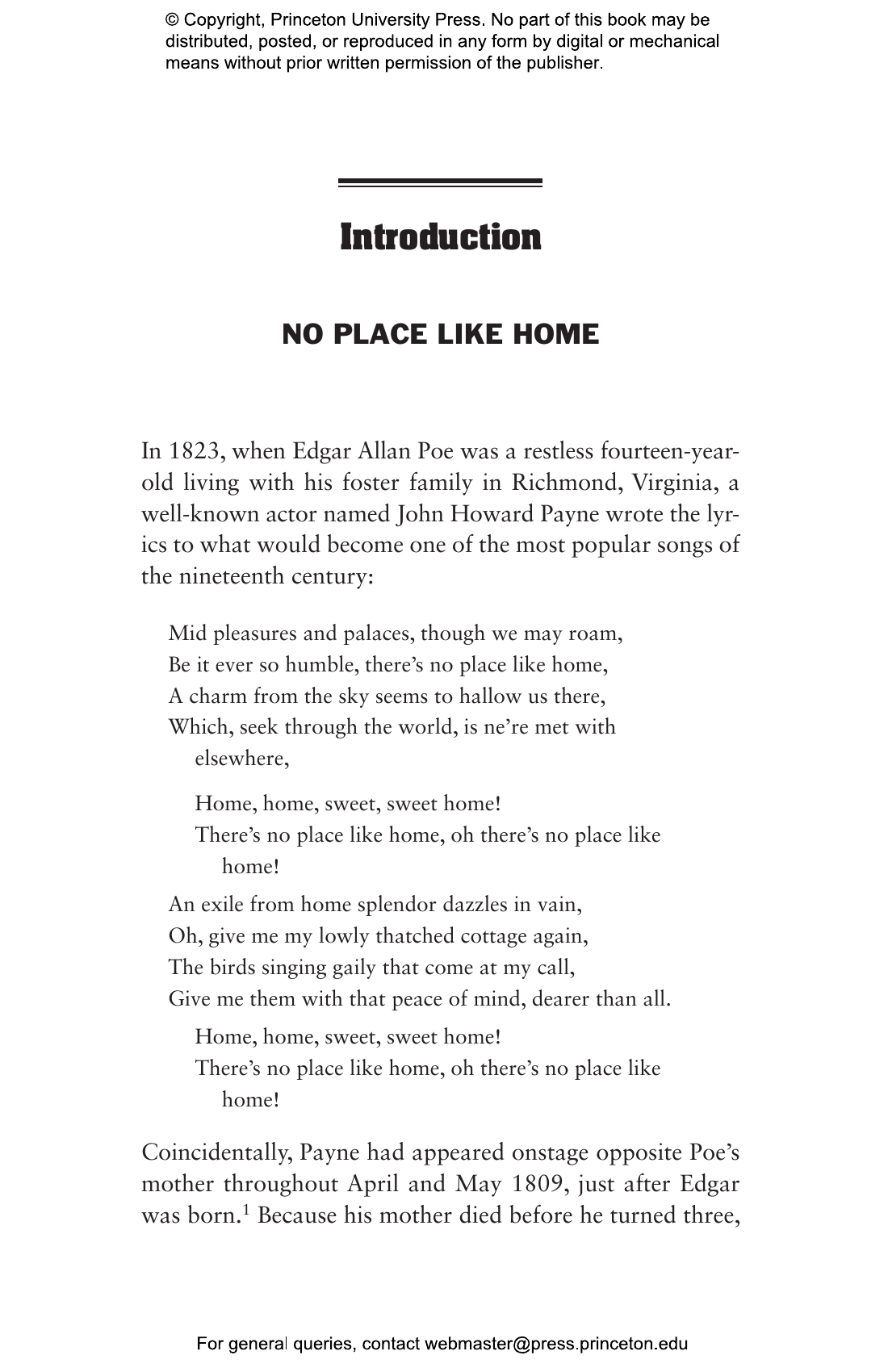 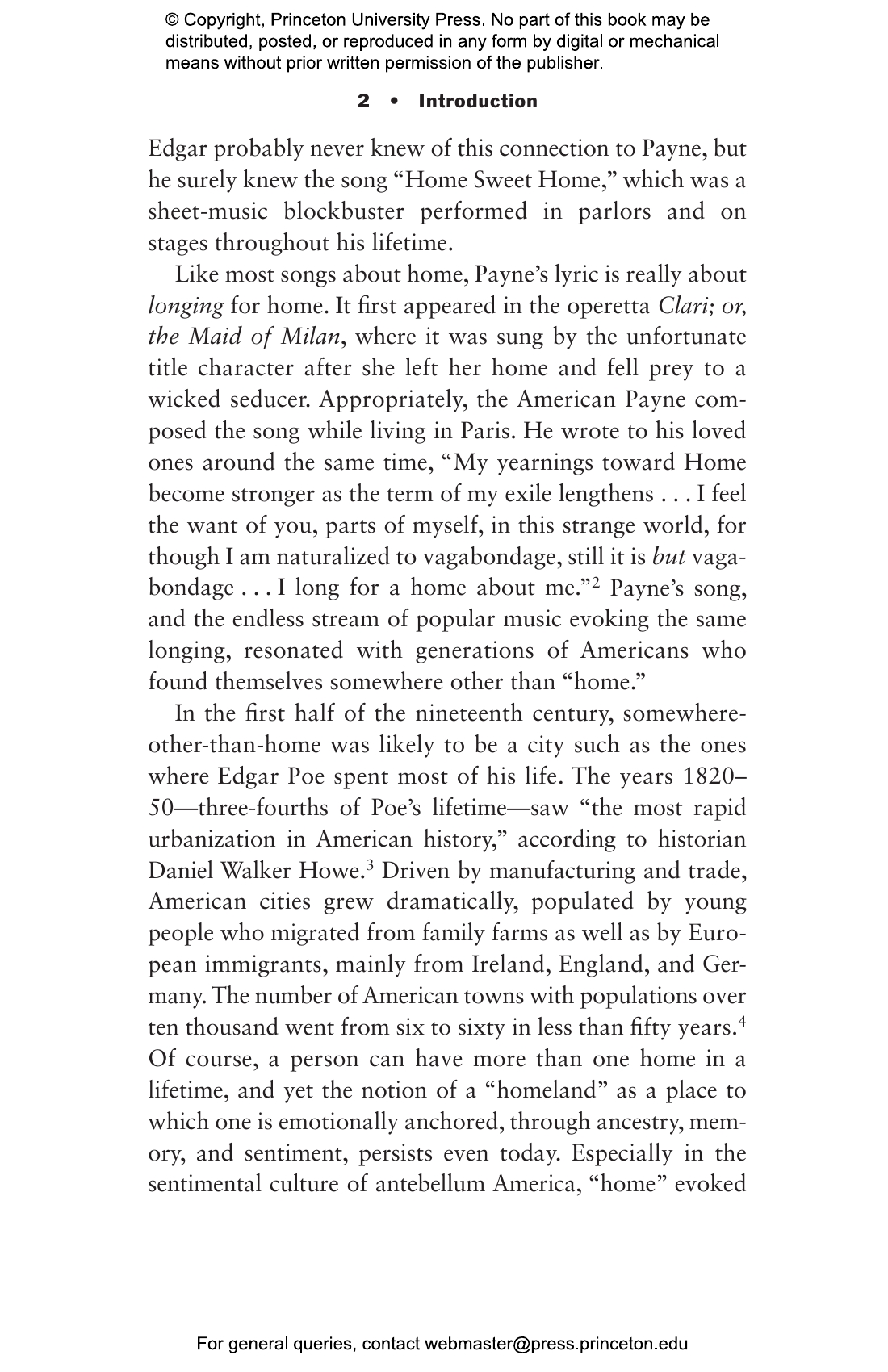 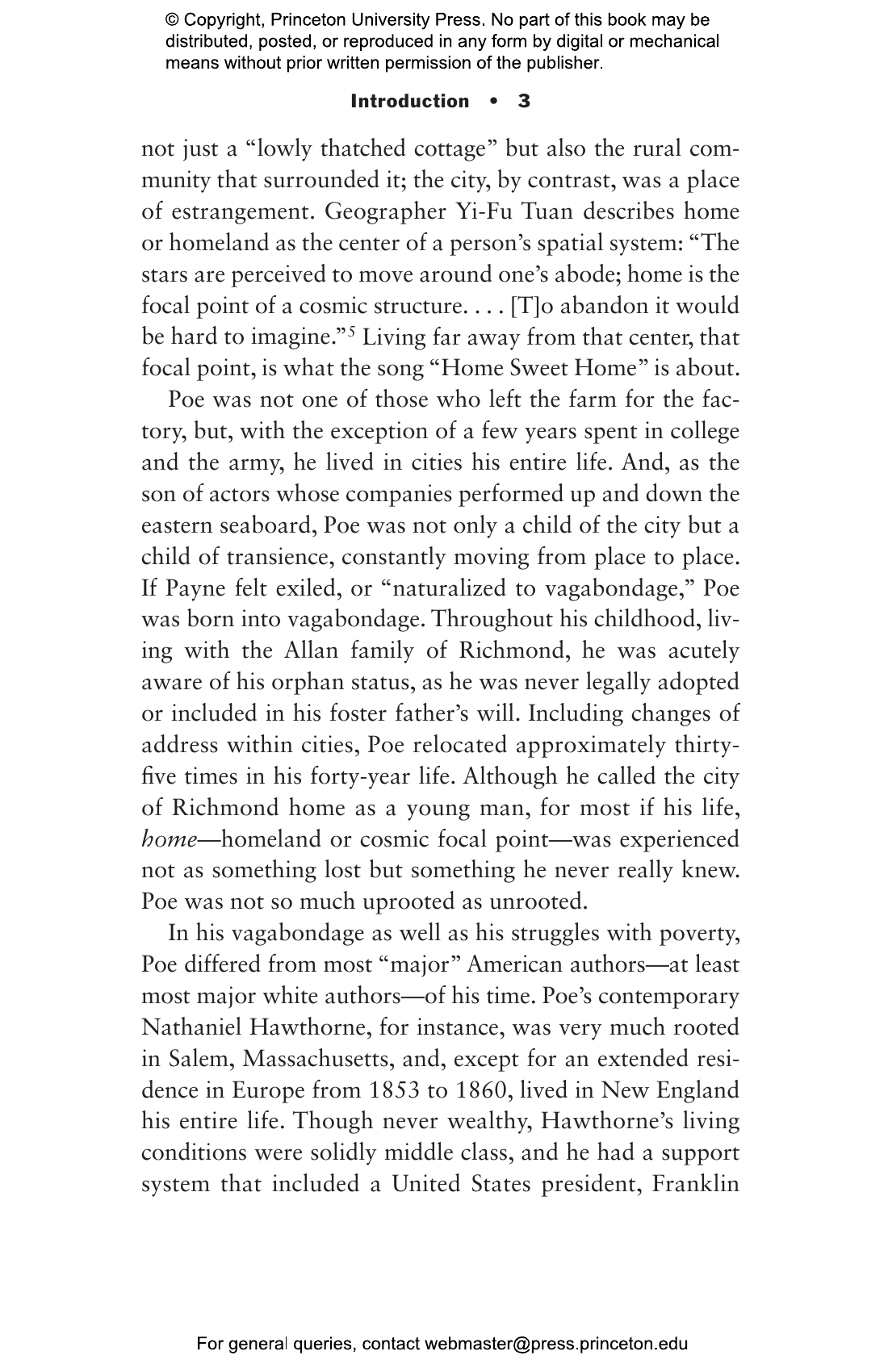 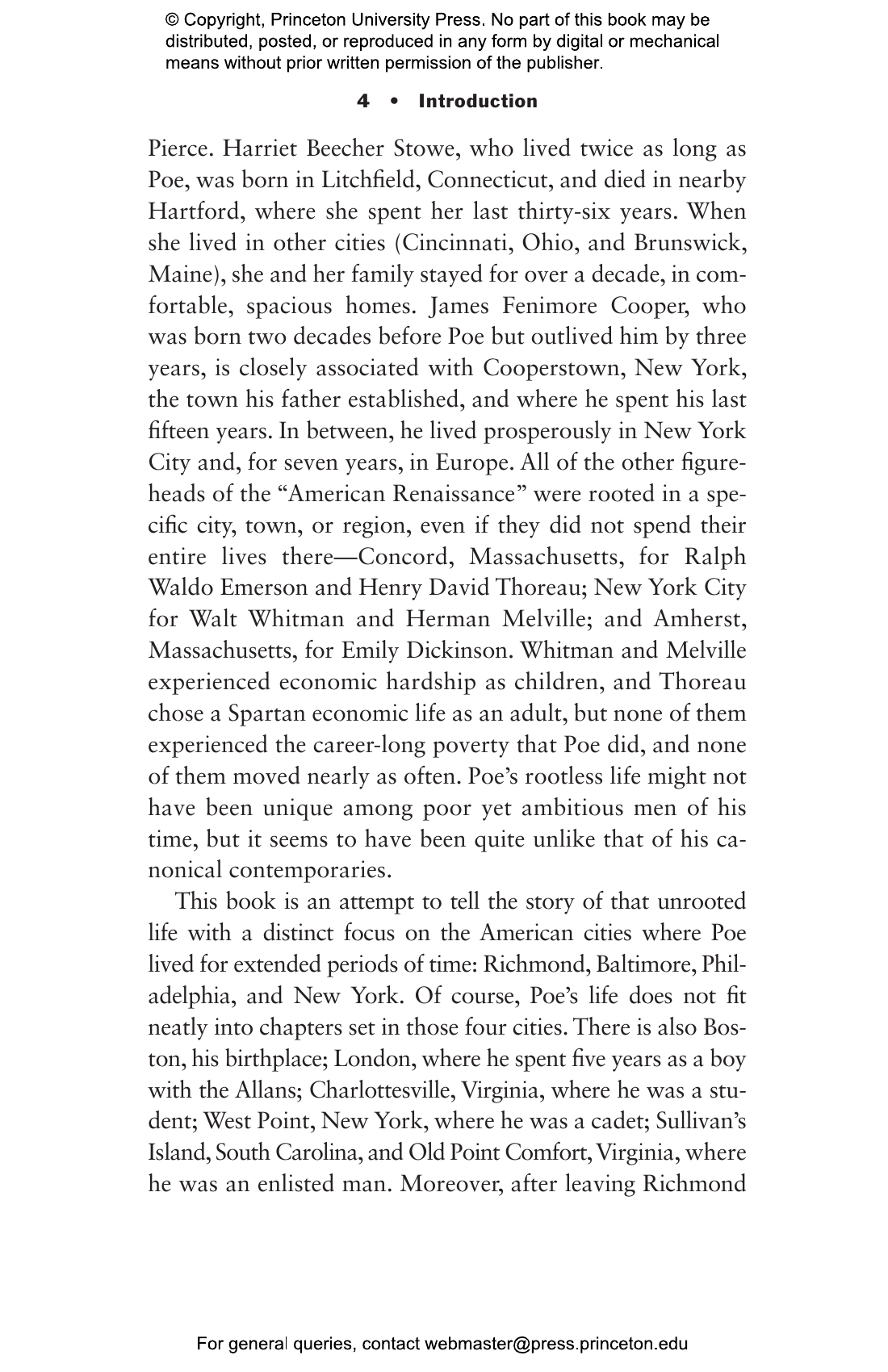 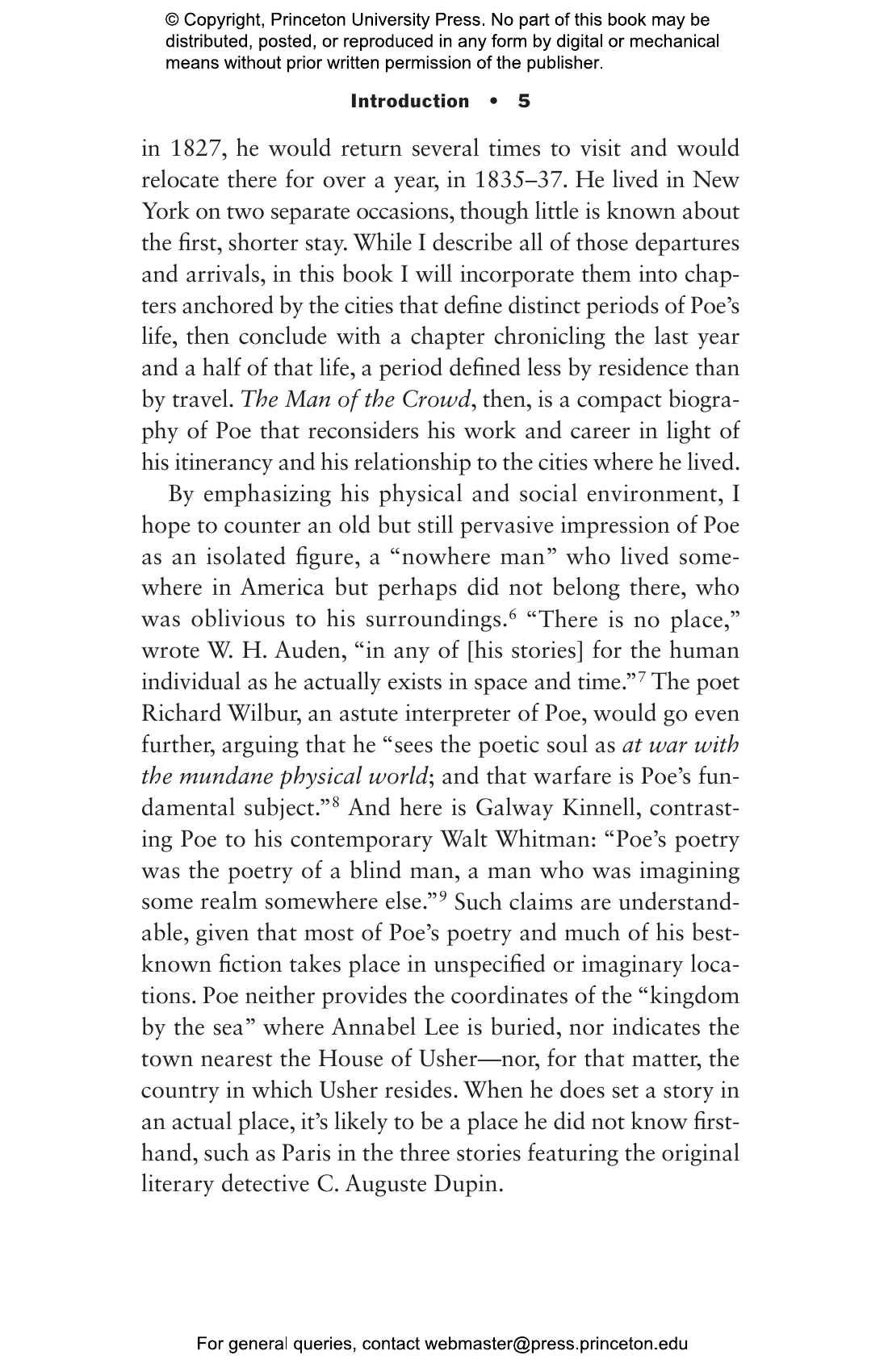 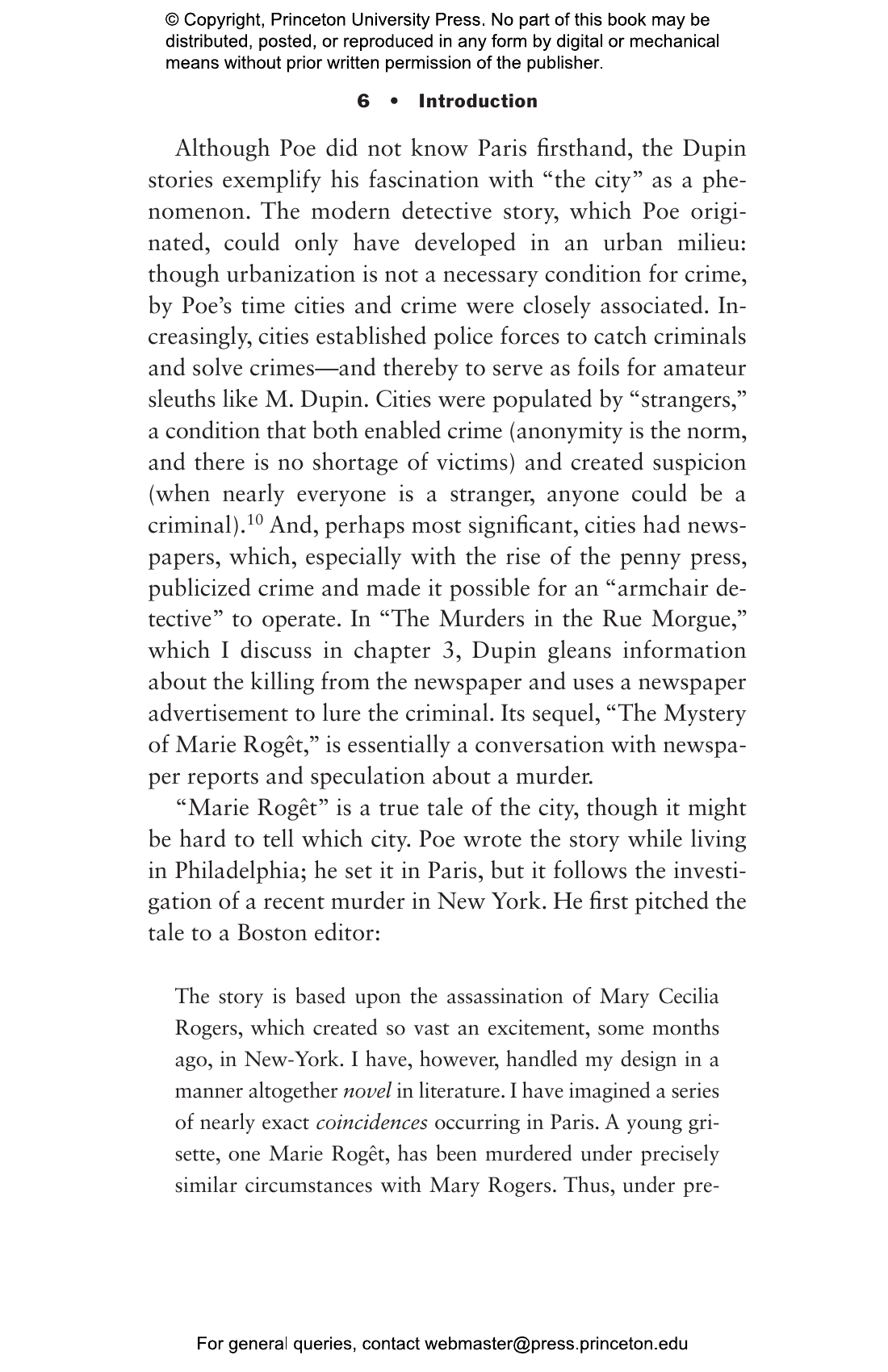 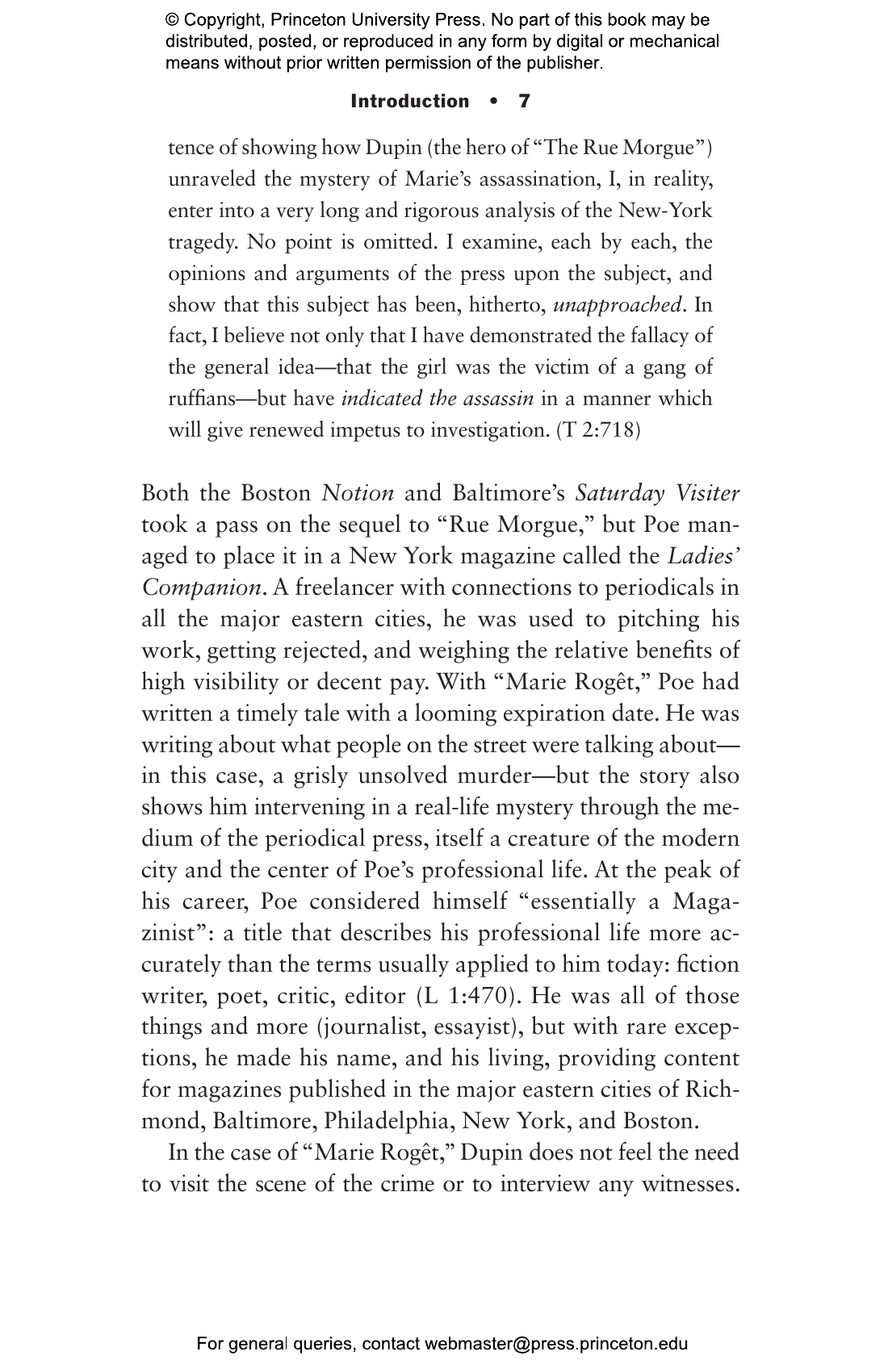 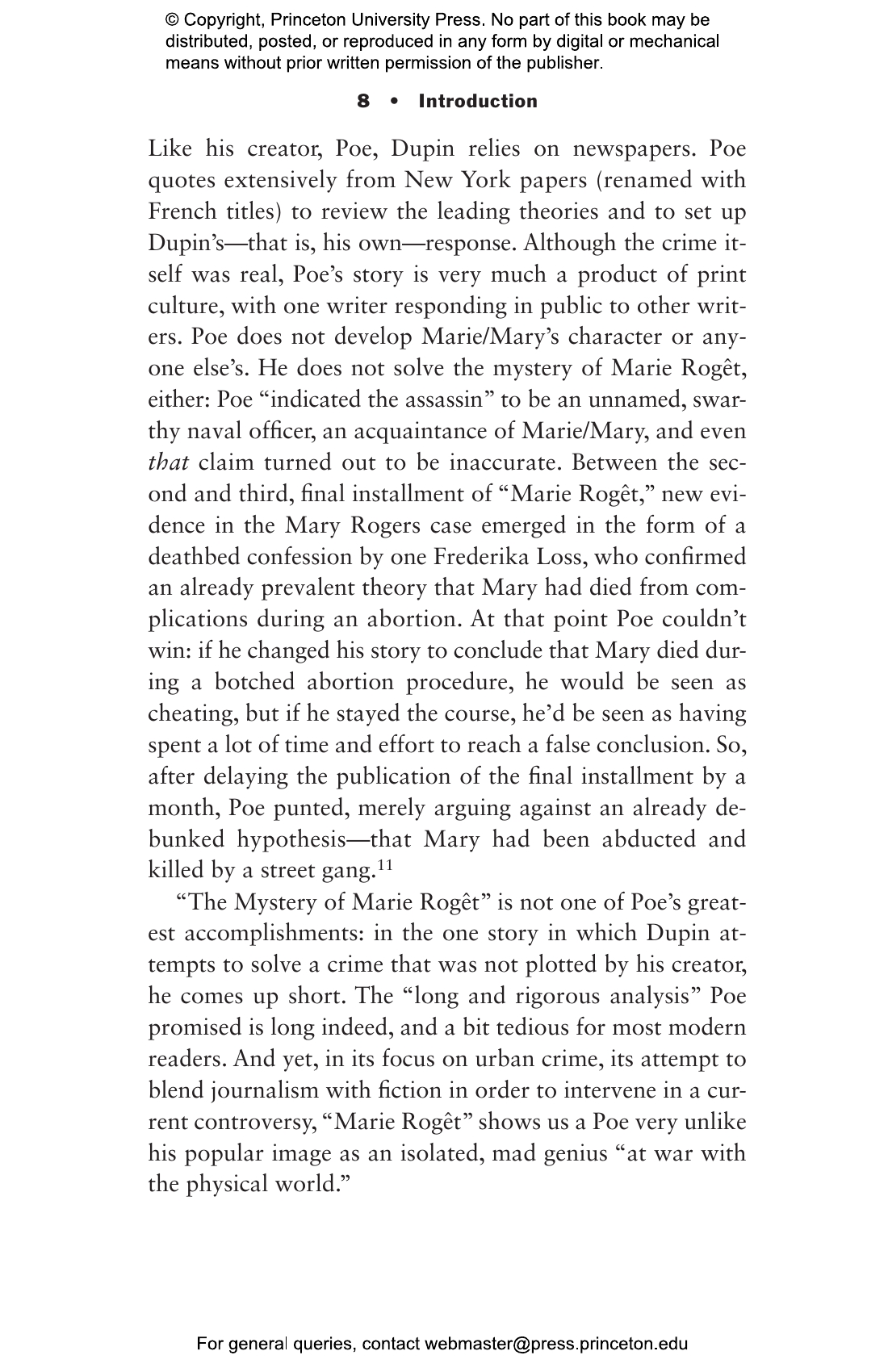 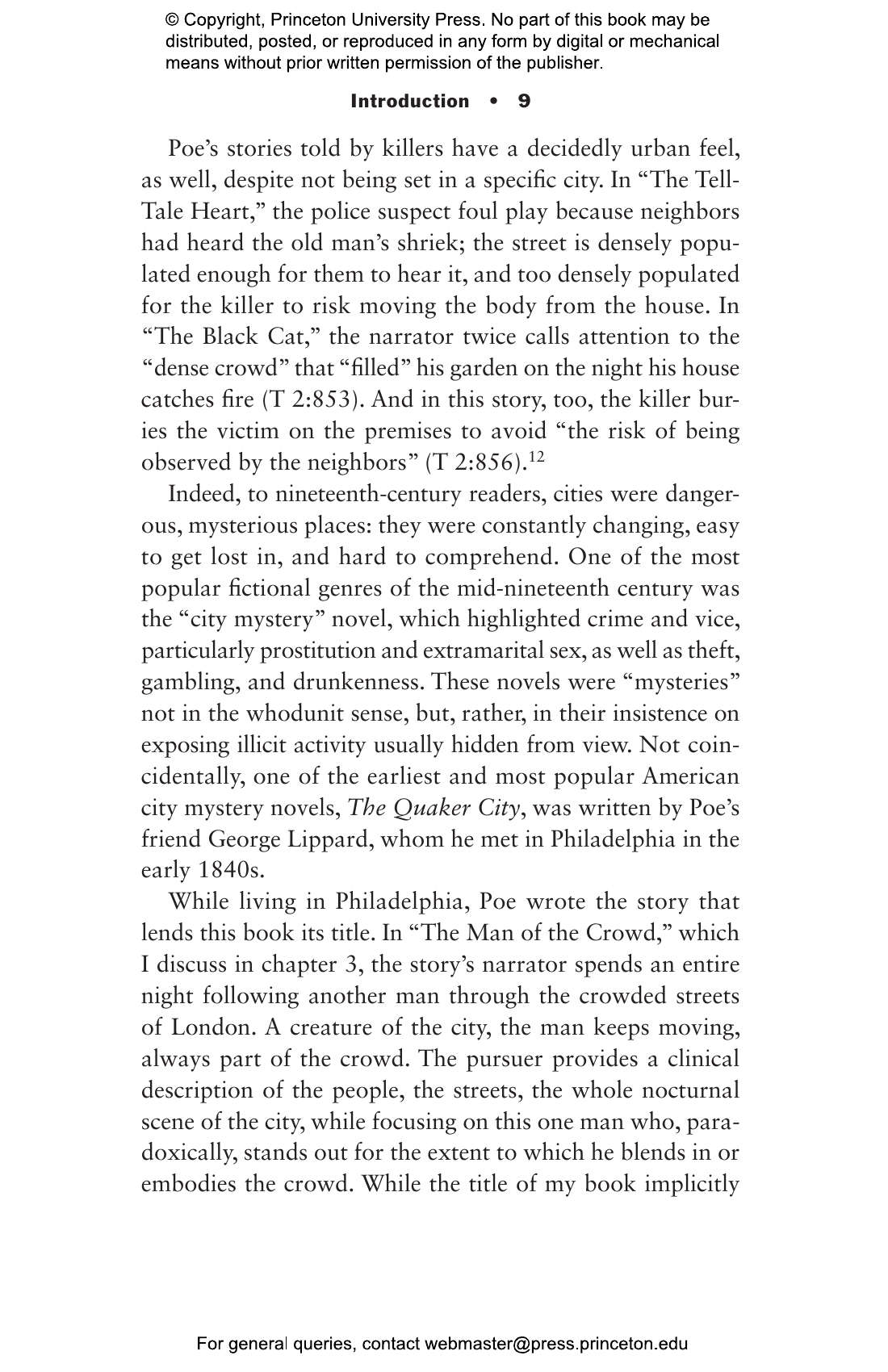 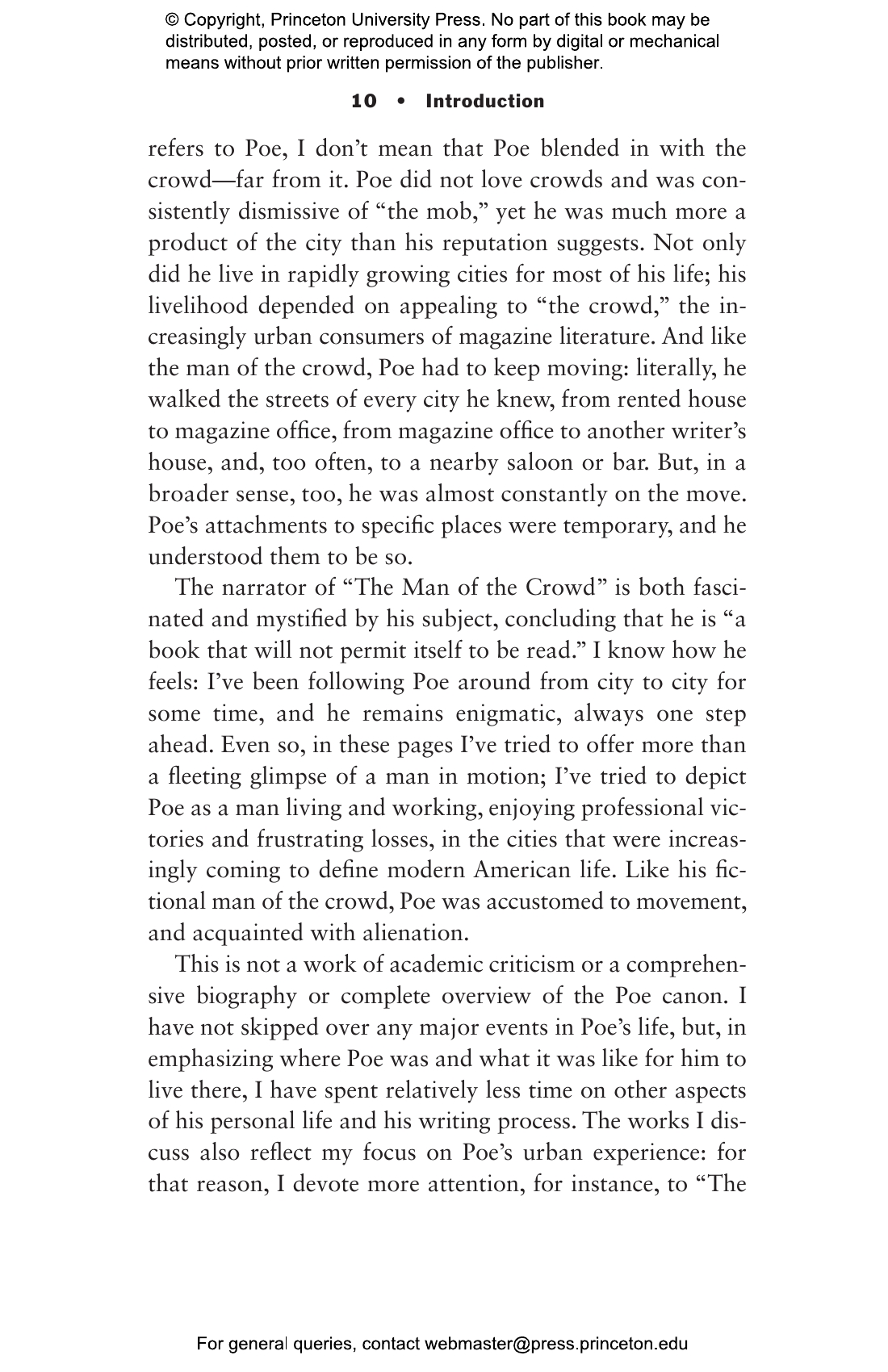 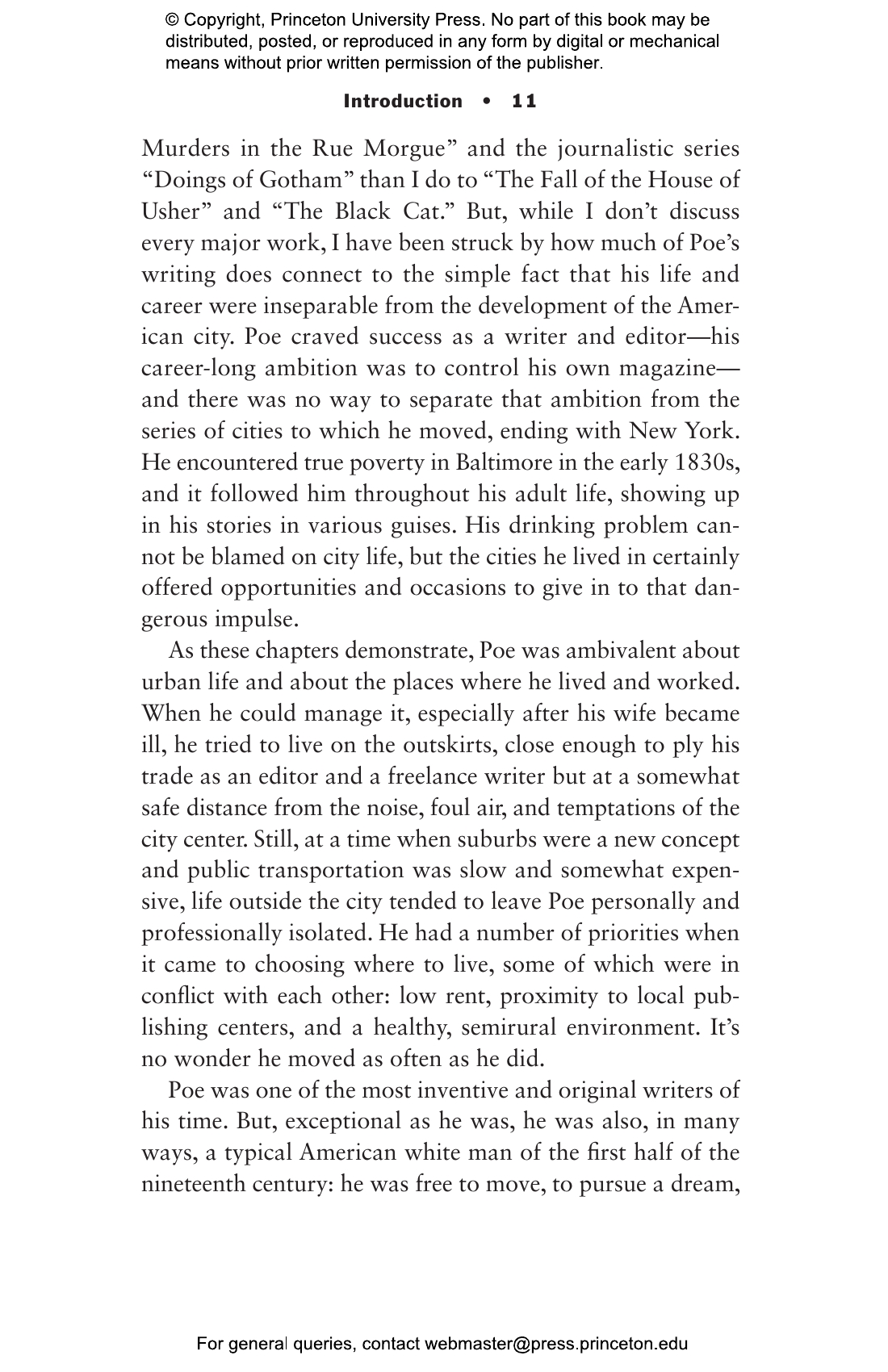 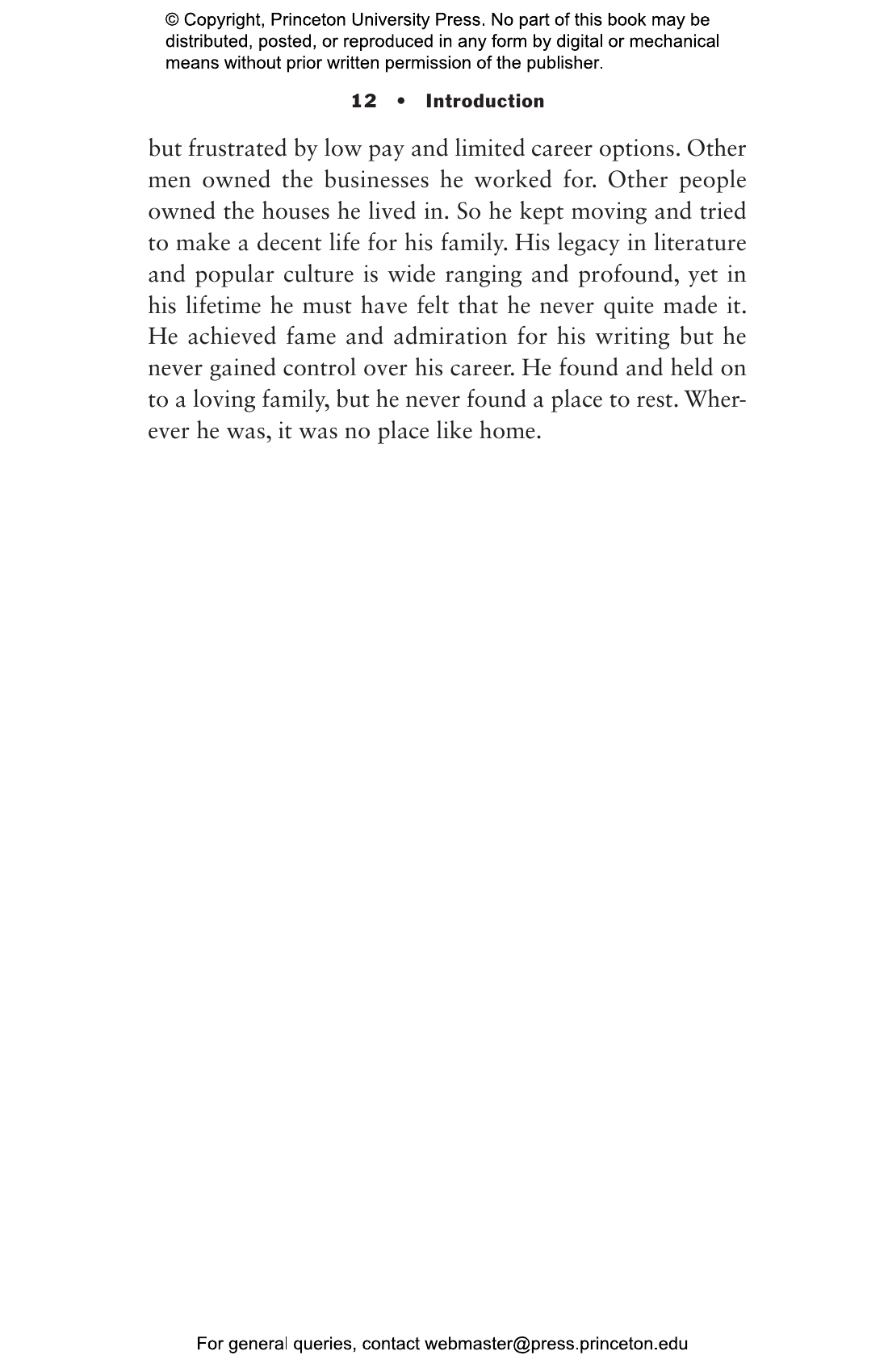 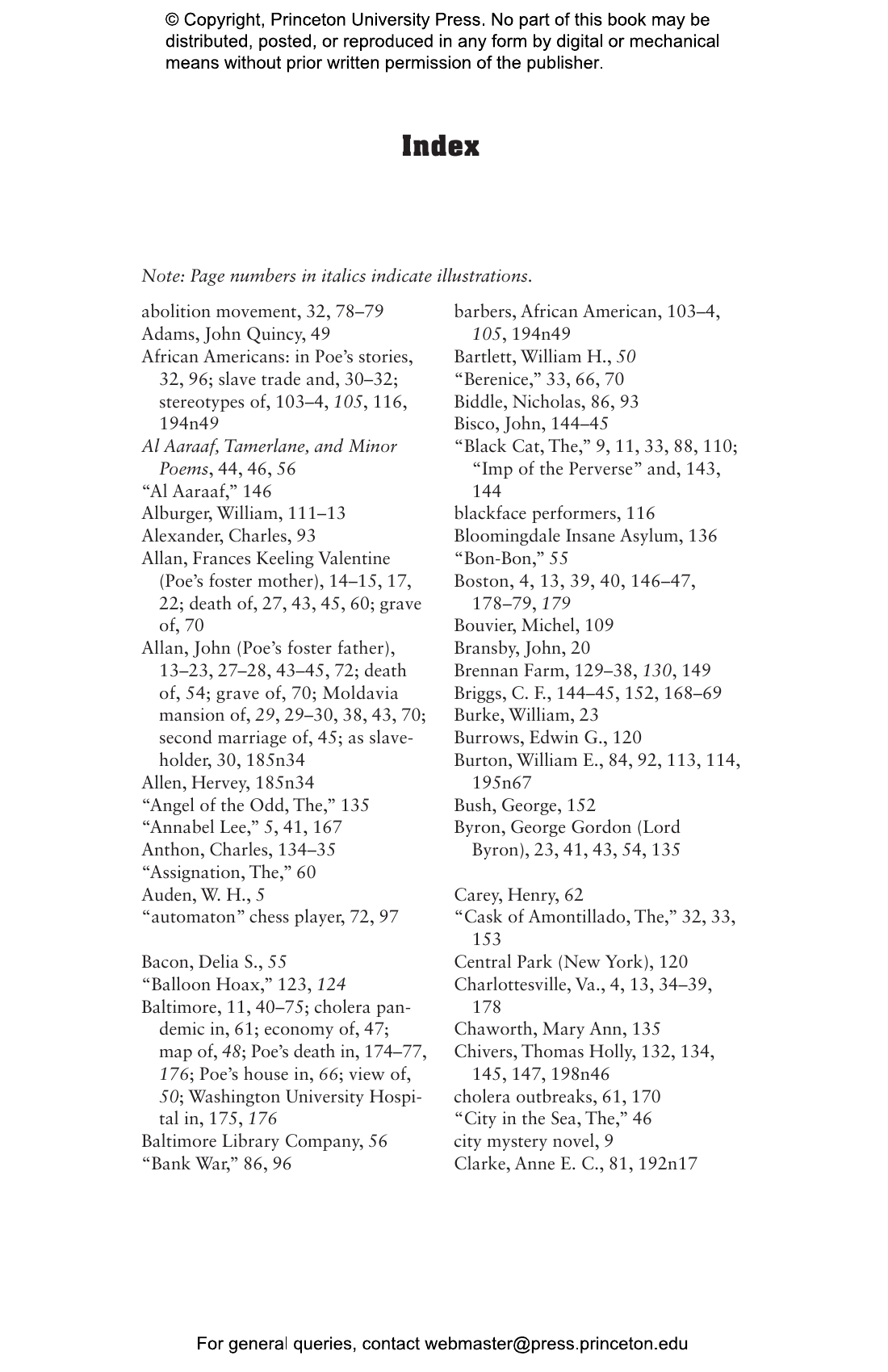 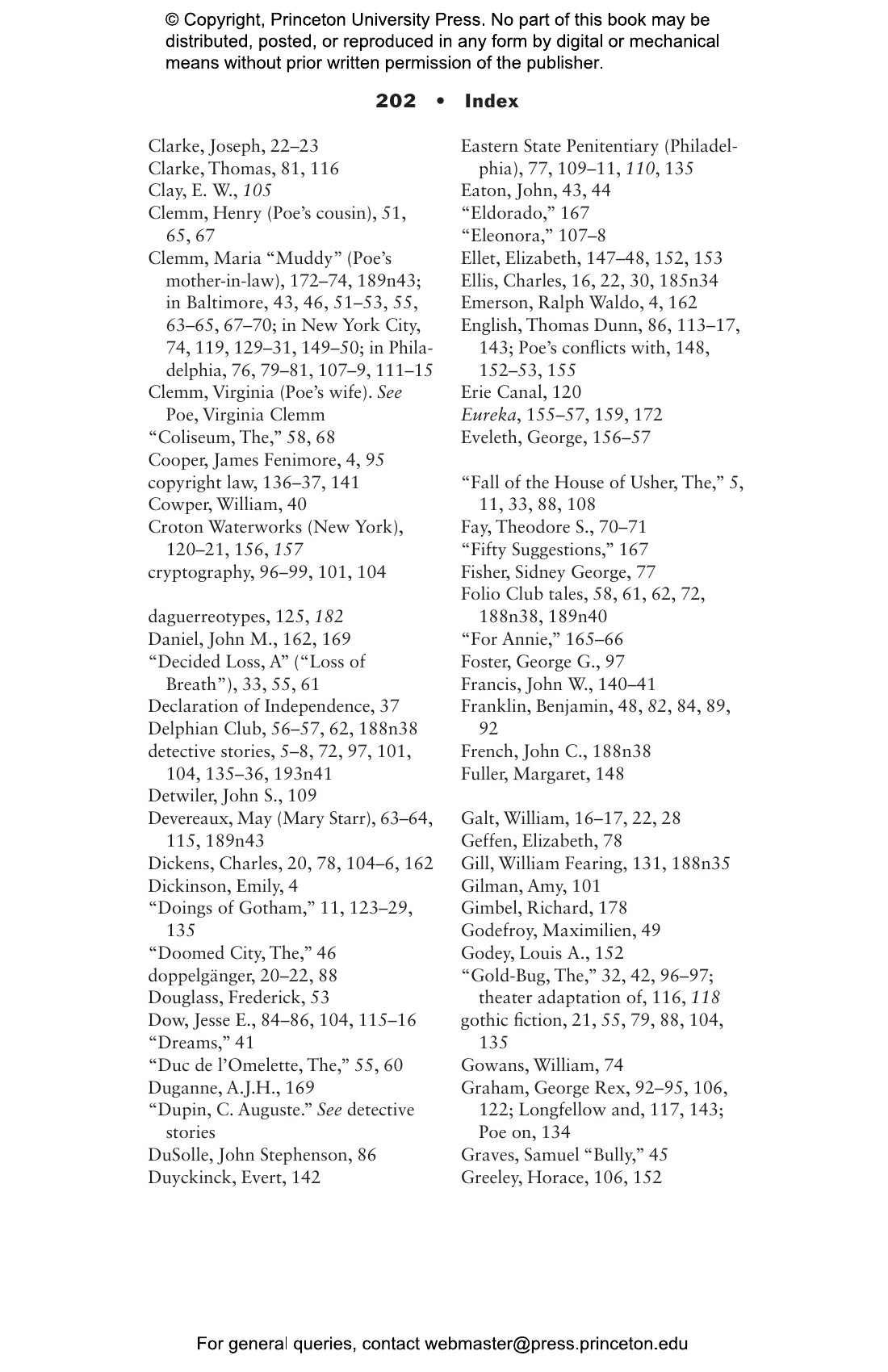 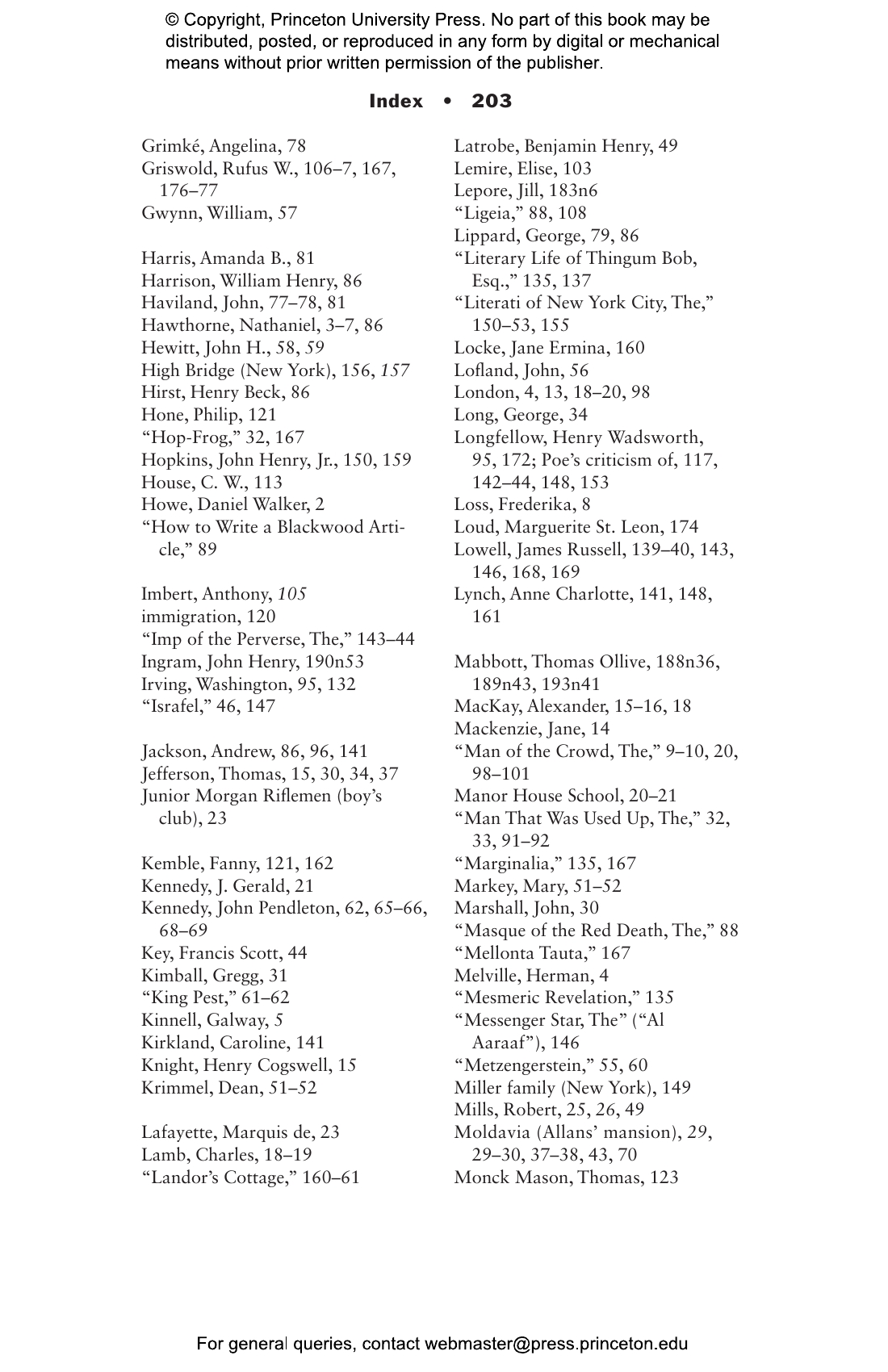 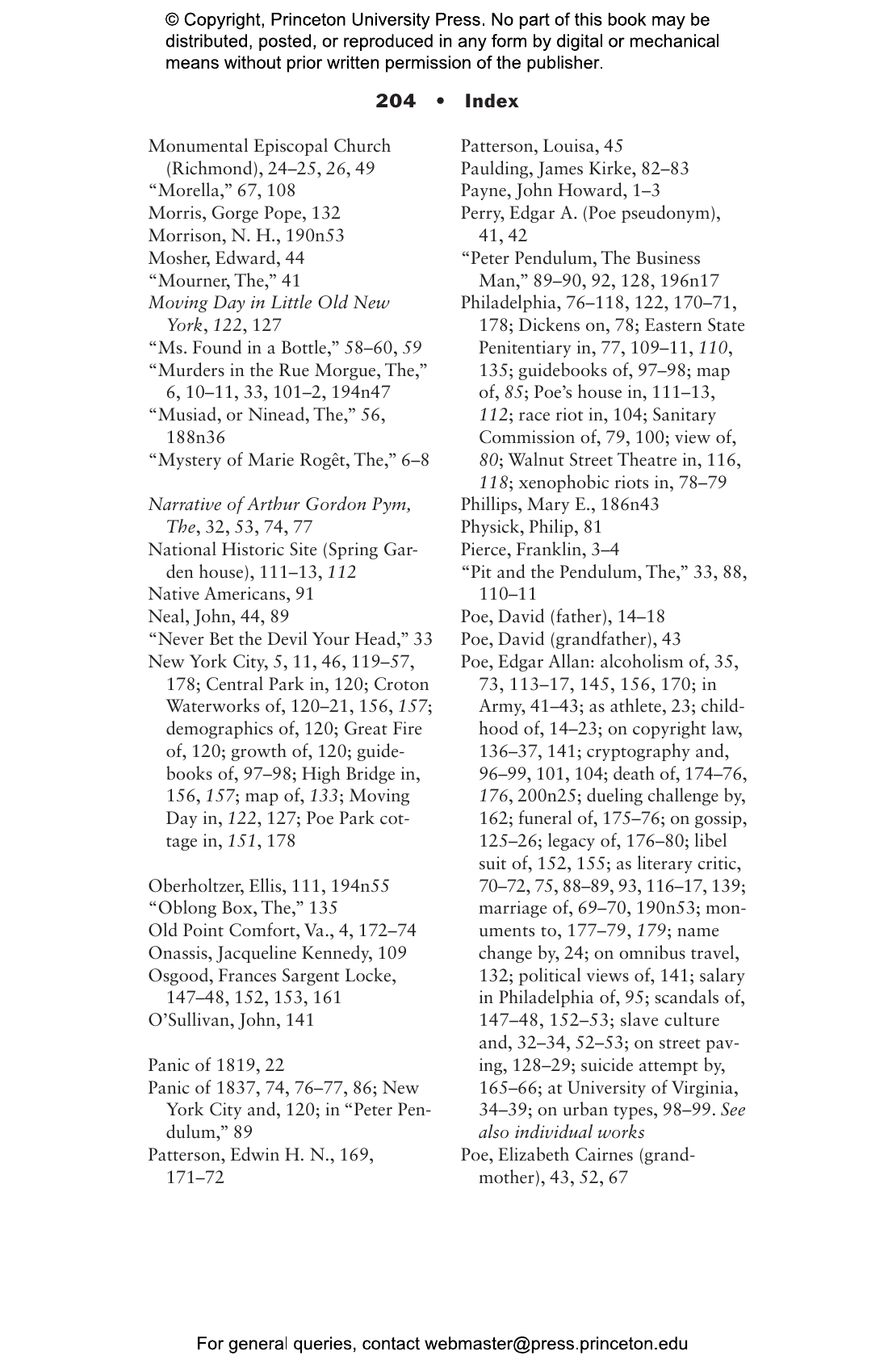 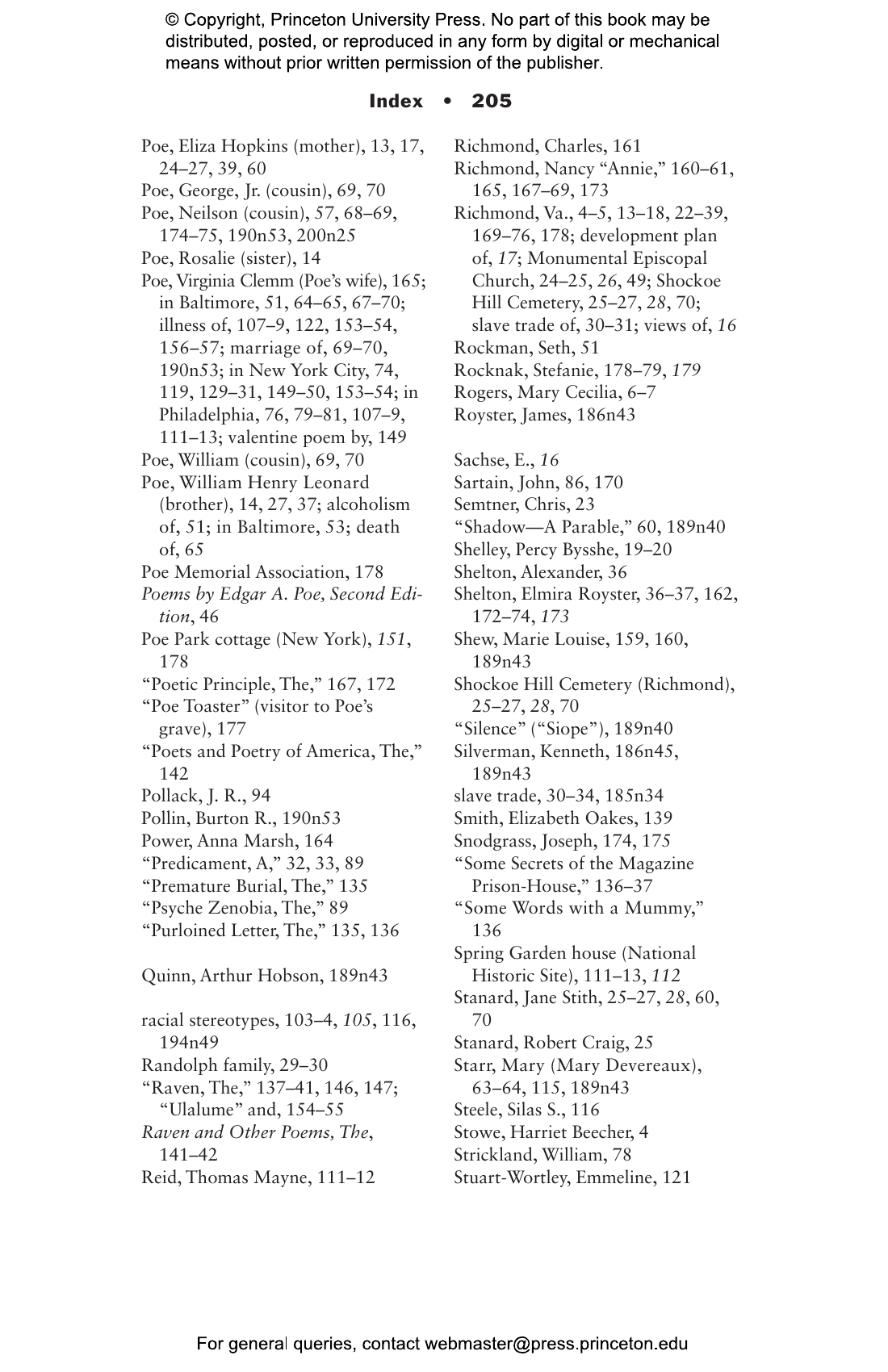 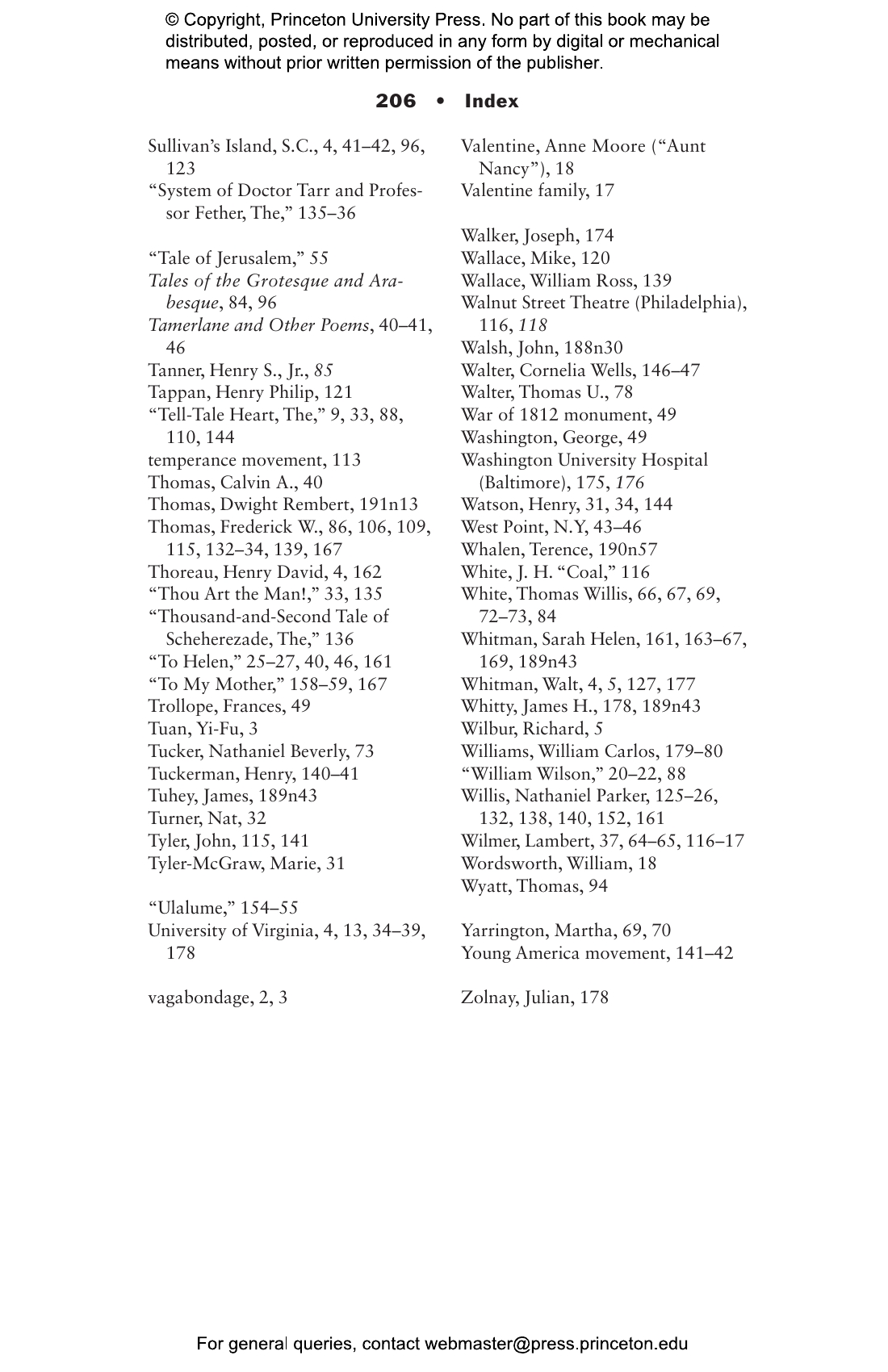 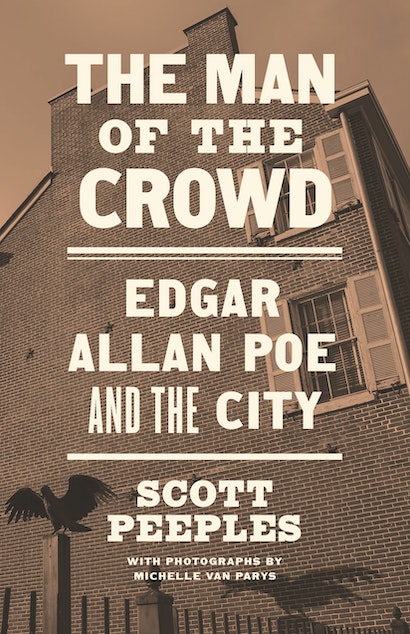 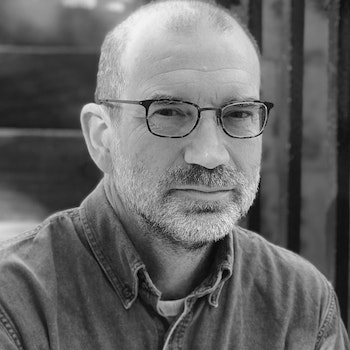 "Engaging. . . . [The Man of the Crowd] succeeds admirably in bringing us closer to a man we can now better appreciate as part of the crowd rather than a remote and inexplicable monad."—Ian Finseth, Edgar Allan Poe Review

"[A] superb new biograph[y] of Poe. . . . The Man of the Crowd . . . give[s] us a clearer view of Poe as a man and an artist, while at the same time showing how the myth mill about him was busy from the start, forming and deforming his choices, and creating the brand of Poe we know today."—Jonathan Elmer, Public Books

"A welcome, engaging introduction to Poe’s life. . . . This compact biography is an affable ramble, a genial journey, with Poe through the years. It knowledgeably and accessibly recounts Poe’s urban contexts and relates his relevant texts. . . . The whole is interestingly complemented by archival images of contemporary maps and periodicals and by archival photographs, blended photographs, and recent photographs by Michelle Van Parys of various Poe sites and locales. This volume is a useful vade mecum for our armchair Poe peregrinations."—Richard Kopley, Poe Studies

"Well-researched . . . [and] deeply informed. . . . Scott Peeples's streamlined account of Poe's journeys . . . grounds itself determinedly in the arc of his life's movement through various urban social realities. . . . This biography achieves its freshness through framing Poe's life as a series of chapters related to the cities in which he took up primary residence."—Stephen Rachman, Poe Studies

"A highly absorbing, important, and superbly crafted study that deserves a place on the top shelf of Poe biographies."—Jason Richards, American Literary History