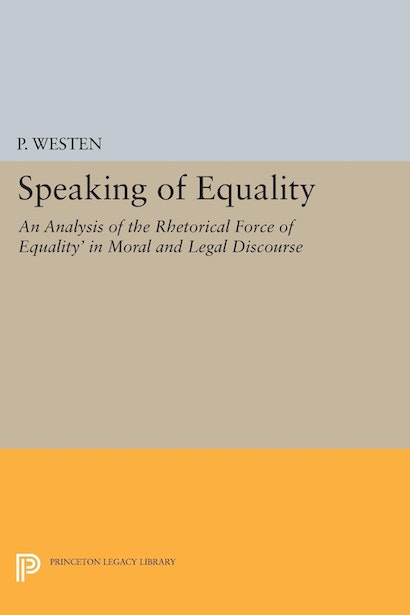 Aristotle noted that “equality” is the plea not of those who are satisfied but of those who seek change, and the word has long been invoked in the name of social reform. It retains its force because arguments for equality put arguments for inequality on the defensive. But why is “equality” laudatory and “inequality” pejorative? In this first book-length analysis of the rhetorical force of equality arguments, Peter Westen argues that they derive their persuasiveness largely from the kind of word that “equality” is, rather than from the values it incorporates.

By focusing on ordinary language and using commonplace examples from law and morals, Westen argues that equality is a single concept that lends itself to a multiplicity of conceptions by virtue of its capacity to incorporate diverse standards of comparison by reference. Equality arguments draw rhetorical force in part from their tendency to mask the standards of comparison on which they are based, and in so doing to confound fact with value, premises with conclusions, and uncontested with contested norms.