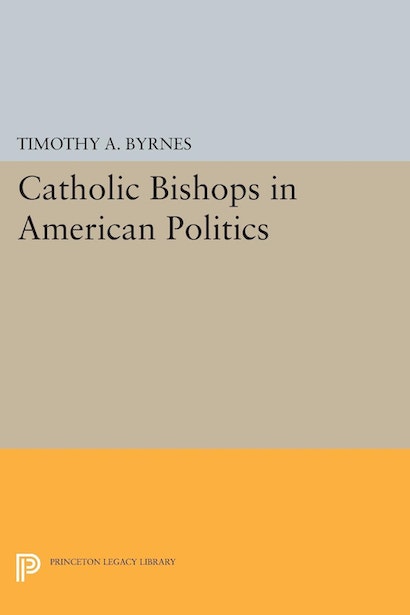 Over the past twenty years the American Catholic bishops have played a leading role in the antiabortion movement, published lengthy and highly detailed pastoral letters on nuclear weapons and on the American economy, and involved themselves, collectively and individually, in several national election campaigns. What is the source of the sometimes controversial political role of these religious leaders? Timothy Byrnes proposes a new answer in this lucid description of the National Conference of Catholic Bishops and its activities. He demonstrates that the key to the political role of the bishops and other modern American religious leaders has been political change, rather than religious revival.

"A careful, dispassionate account of the involvement of the Catholic leadership of the United States in the political life of the country."—Andrew M. Greeley, America

"Timothy A. Byrnes argues that the prominence of Catholic bishops in American politics since the late 1960s owes more to the electoral strategies of national parties than to the hierarchy's desire to influence voting behavior. . . . Catholic Bishops in American Politics . . . should provoke many large questions. . . . This is a book for thinking hard about the political dimensions of episcopal leadership."—James T. Fisher, Commonweal