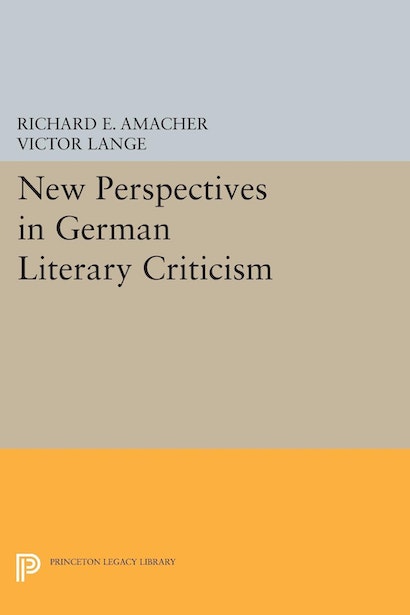 Presented here are selected critical essays from five volumes of the Poetik und Hermeneutik series published in Germany by the Wilhelm Fink Verlag of Munich. These essays represent some of the newest and most advanced thinking of fifteen leading scholars in the German-American interdisciplinary school of literary criticism. Until now no single volume has provided such an extensive contemporary treatment of literatures, problems, and methodologies representative of European criticism. The book’s significance rests in the potential this new interdisciplinary criticism has for increasing the interplay between the two major critical movements of our day, namely, the objective, pragmatic Anglo-American criticism and the more subjective, phenomenological Continental criticism.