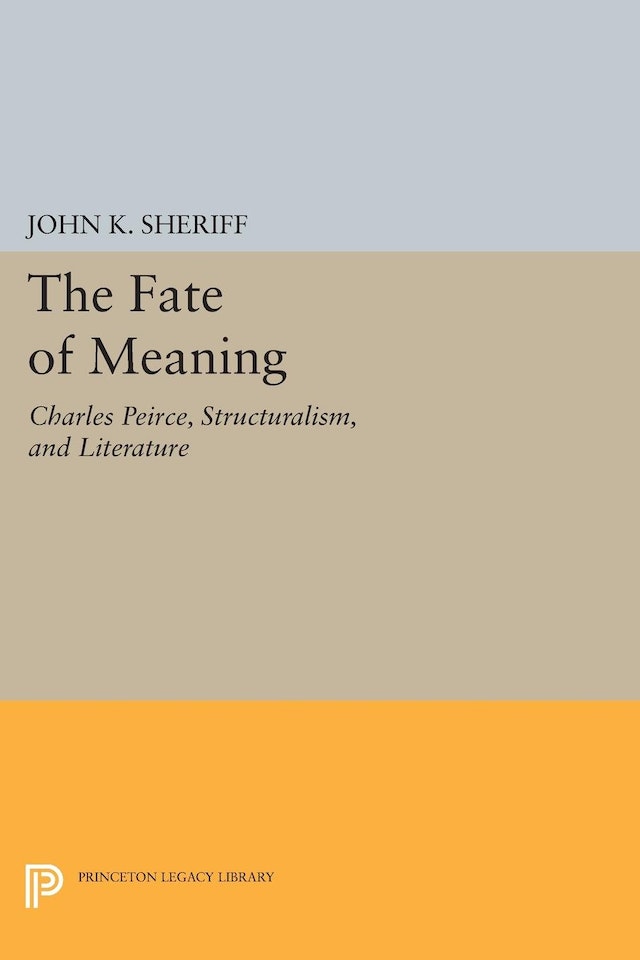 This succinct and lucid study examines the thought of the philosopher Charles Peirce as it applies to literary theory and shows that his concept of the sign can give us a fresh understanding of literary art and criticism. John Sheriff analyzes the treatment of determinate meaning and contends that as long as we cling to a notion of language that begins with Saussure’s dyadic definition of signs, meaning cannot be treated as such any more than can essence or presence. Asserting that Peirce’s less familiar position offers a way out of this difficulty, Sheriff first discusses the Saussurean-based theory of meaning and then argues for the advantages of the radically different triadic theory developed by Peirce.

Part One of the work reviews and critiques the treatment of meaning in works by Jonathan Culler, Tzvetan Todorov, Stanley Fish, Roland Barthes, and Jacques Derrida, among others. The focus of this section is on the treatment of meaning in structural and post-structural theories and their common basis in Saussurean linguistics. Part Two provides a readable introduction to Peirce’s general theory of signs and develops comprehensively the implications of his semiotic. The substitution of his theory for Saussure’s opens our eyes to new and cogent answers to many questions relevant to the meaning of texts.