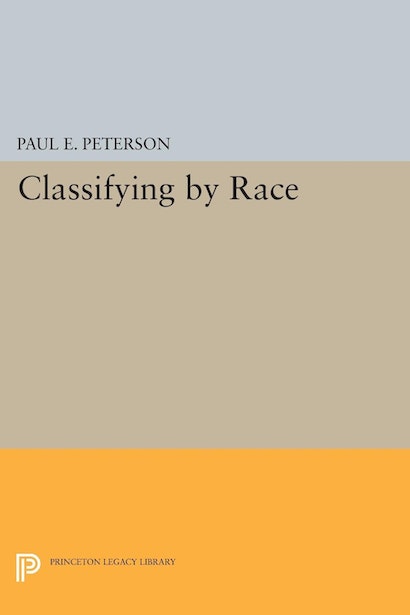 The contemporary debate over racial classification has been dominated by fringe voices in American society. Cries from the right say history should be abrogated and public policy made color-blind, while zealots of the left insist that all customs, language, institutions, and practices are racially tinged and that only aggressive, color-conscious programs can reverse the course of American history. The essays in this volume, however, recognize that racial classification is an issue that cuts too deep and poses too many constitutional questions to be resolved by slogans of either the right or the left.

"A compilation of seminar papers presented at Harvard, 1992-4, this anthology represents some of the best research undertaken by mainstream political scientists concerning the use of race as a method of analyzing public controversies."—Choice