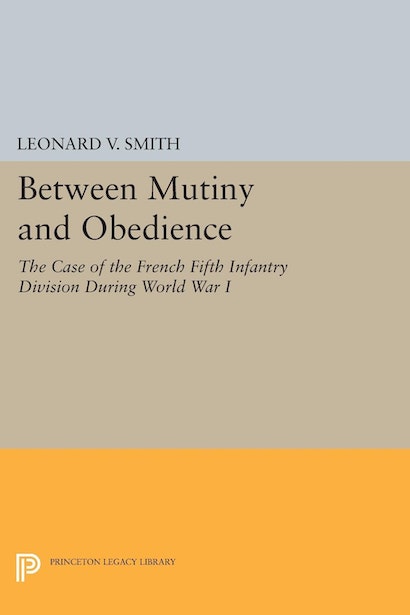 Literary and historical conventions have long painted the experience of soldiers during World War I as simple victimization. Leonard Smith, however, argues that a complex dialogue of resistance and negotiation existed between French soldiers and their own commanders. In this case study of wartime military culture, Smith analyzes the experience of the French Fifth Infantry Division in both pitched battle and trench warfare. The division established a distinguished fighting record from 1914 to 1916, yet proved in 1917 the most mutinous division in the entire French army, only to regain its elite reputation in 1918. Drawing on sources from ordinary soldiers to well-known commanders such as General Charles Mangin, the author explains how the mutinies of 1917 became an explicit manifestation of an implicit struggle that took place within the French army over the whole course of the war.

Smith pays particular attention to the pivotal role of noncommissioned and junior officers, who both exercised command authority and shared the physical perils of men in the lower ranks. He shows that “soldiers,” broadly defined, learned to determine rules of how they would and would not fight the war, and imposed these rules on the command structure itself. By altering the parameters of command authority in accordance with their own perceived interests, soldiers and commanders negotiated a behavioral space between mutiny and obedience.

"This is a serious book by a hard-working young historian on an important subject. It contains much good material, and it is particularly good at separating the combat experience into its components, distinguishing between the formal offensive, ... routine trench warfare, ... and its small events, such as patrols and raids, of which he provides some highly original narratives. It is excellent on the aetiology of the mutinies and often fascinating on the forms they took. The accounts of the exchanges between soldiers and officers ring with authenticity."—Times Literary Supplement