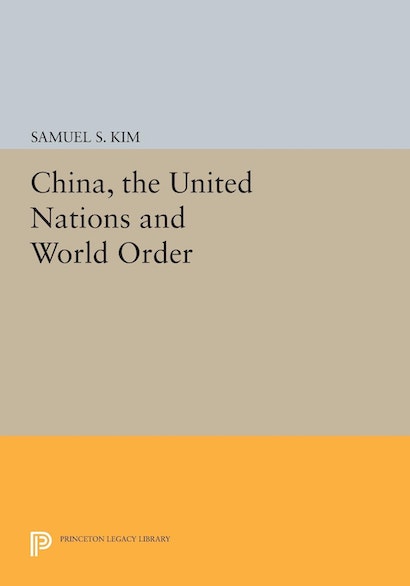 China’s role in the United Nations has been a significant one. Yet, Samuel Kim contends, as far as the literature on Chinese foreign policy is concerned, the People’s Republic of China still remains outside the heuristic framework of the global community. In a comprehensive macro-analysis of Chinese global politics, Professor Kim probes China’s image and strategy of world order as manifested through its behavior in the UN.

The author draws upon a wide range of previously untapped primary sources, including China’s policy pronouncements and voting record and over a hundred personal interviews with UN delegates and international civil servants. He finds that Chinese participation has made the United Nations not only more representative but also more relevant as the global political institution responding to the challenge of establishing a more humane and just world order.