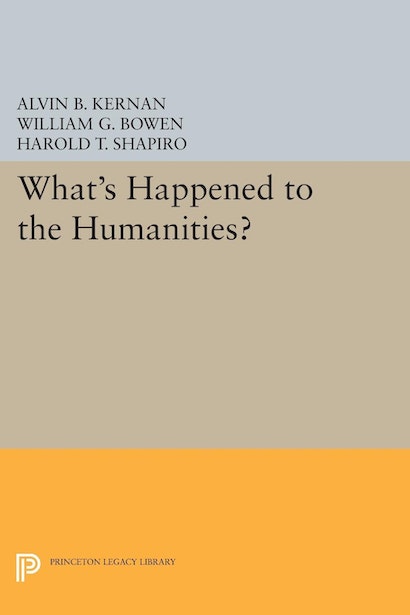 This volume of specially commissioned original essays presents the thoughts of some of the most distinguished commentators within the American academy on the fundamental changes that have taken place in the humanities in the latter part of the twentieth century. In the transformation of American higher education from the university to the “demoversity,” the humanities have become a less and less important part of education, a matter established by a statistical appendix and elaborated on in several of the essays. The individual essays offer close observations into how the humanities have been affected by declining academic status, by demographic shifts, by reductions in financial support, and by changing communication technology. They also explore the effect of these forces on books, libraries, and the phenomenology of reading in the age of images. When basic conditions change, theory follows, and several essays trace the appearance and effect of new relativistic epistemologies in the humanities. Social institutions change as well in such circumstances, and the volume concludes with studies of the new social arrangements that have developed in the humanities in recent years: the attack on professionalism and the effort to transform the humanities into the social conscience of academia and even of the nation as a whole.

Cause and effect? Who can say? What the essays make clear, however, is that as the humanities have become less significant in American higher education, they have also been the scene of unusually energetic pedagogical, social, and intellectual changes.

"The authors shrewdly analyze the dangers posed by new wave, post-modern scholarship. Though the reader may not agree with all their assessments, their arguments are powerfully and judiciously marshaled and laid out in succinct, lucid prose. . . . a highly eclectic volume, but a volume that should be read. . . by the reader interested in the intellectual, social and pedagogical changes sustained by the humanities in the closing years of this century."—Michiko Kakutani, The New York Times

"The forces that have buffeted the humanities are not entirely external to them, as most of the contributions acknowledge. The state of the humanities is, after all, related to the state of humanists."—James M. Morris, Wilson Quarterly

"Kernan's contributors supply useful perspectives about the recent history of U.S. universities and their potential future, of particular interest to readers fascinated by university trends and the sometimes noisy battles within academe over the institutions' objectives and the meaning and value of the humanities."—Booklist