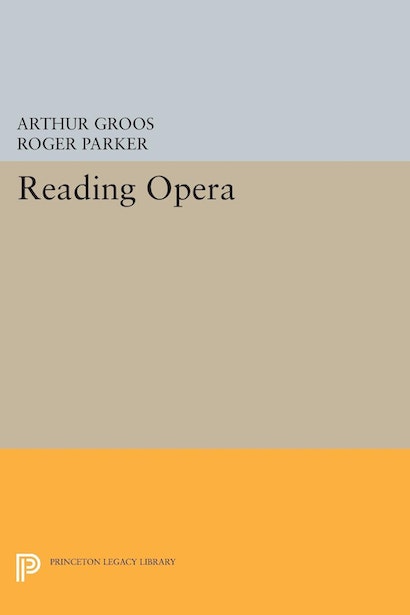 “Libretto-bashing has a distinguished tradition in the blood sport of opera,” writes Arthur Groos in the introduction to this broad survey of critical approaches to that much-maligned genre. To examine, and to challenge, the long-standing prejudice against libretti and the scholarly tradition that has, until recently, reiterated it, Groos and Roger Parker have commissioned thirteen stimulating essays by musicologists, literary critics, and historians. Taken as a whole, the volume demonstrates that libretti are now very much within the purview of contemporary humanistic scholarship. Libretti pose questions of intertextuality, transposition of genre, and reception history. They invite a broad spectrum of contemporary reading strategies ranging from the formalistic to the feminist. And as texts for music they raise issues in the relation between the two mediums and their respective traditions. Reading Opera will be of value to anyone with a serious interest in opera and contemporary opera criticism. The essays cover the period from the early nineteenth to the early twentieth centuries, with a particular focus on works of the later nineteenth century. The contributors are Carolyn Abbate, William Ashbrook, Katherine Bergeron, Caryl Emerson, Nelly Furman, Sander L. Gilman, Arthur Groos, James A. Hepokoski, Jurgen Maehder, Roger Parker, Paul Robinson, Christopher Wintle, and Susan Youens.