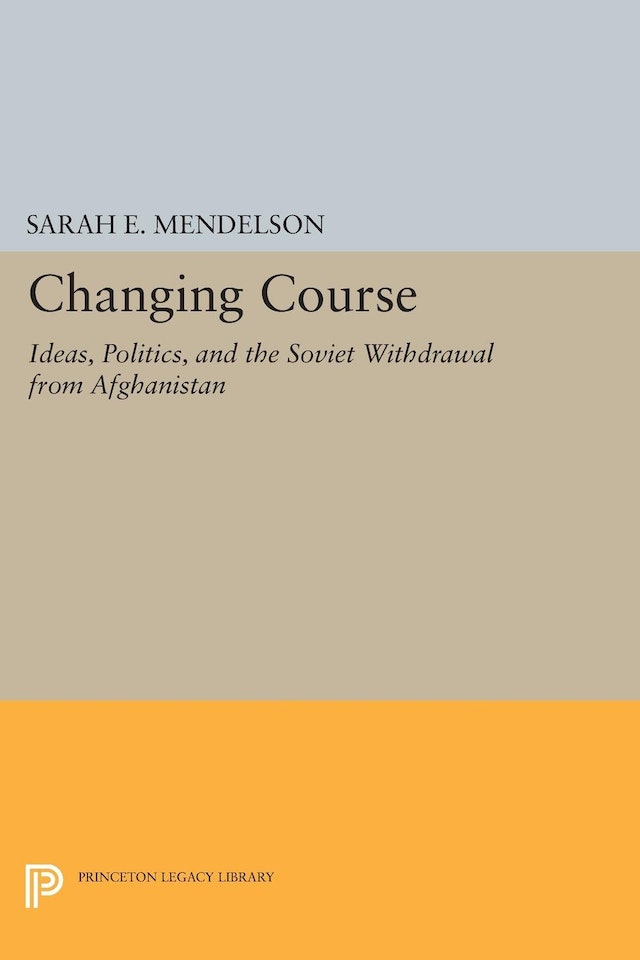 Soviet foreign policy changed dramatically in the 1980s. The shift, bitterly resisted by the country’s foreign policy traditionalists, ultimately contributed to the collapse of the Soviet Union and the end of the Cold War. In Changing Course, Sarah Mendelson demonstrates that interpretations that stress the impact of the international system, and particularly of U.S. foreign policy, or that focus on the role of ideas or politics alone, fail to explain the contingent process of change. Mendelson tells a story of internal battles where “misfit” ideas — ones that severely challenged the status quo — were turned into policies. She draws on firsthand interviews with those who ran Soviet foreign policy and the war in Afghanistan and on recently declassified material from Soviet archives to show that both ideas and political strategies were needed to make reform happen.

Focusing on the Soviet decision to withdraw from Afghanistan, Mendelson details the strategies used by the Gorbachev coalition to shift the internal balance of power in favor of constituencies pushing new ideas — mutual security, for example — while undermining the power of old constituencies resistant to change. The interactive dynamic between ideas and politics that she identifies in the case of the Soviet withdrawal from Afghanistan is fundamental to understanding other shifts in Soviet foreign policy and the end of the Cold War. Her exclusive interviews with the foreign policy elite also offer a unique glimpse of the inner workings of the former Soviet power structure.