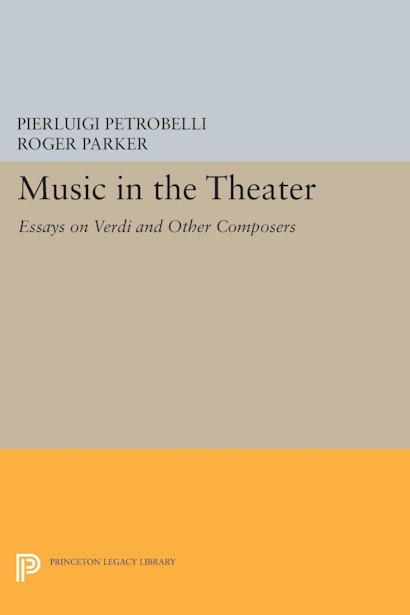 Well-known for leading audiences to a new appreciation of Verdi as a subtle and elaborate musical thinker, Pierluigi Petrobelli here turns his attention to the intriguing question of how musical theater works. In this collection of lively, penetrating essays, Petrobelli analyzes specific operas, mainly by Verdi, in terms of historical context, musical organization, and dramaturgical conventions.

"Petrobelli was putting Verdi and other early nineteenth-century Italian opera composers to analytical scrutiny at a time when few thought the venture worthwhile. It is good to have his essays (among them two new ones, on La forza del destino and Macbeth), some of which have reposed as far afield as a Slovene journal."—John Rosselli, The Times Literary Supplement

"What gives Petrobelli's writing so much life is the profundity of thought behind it, the elegance of language, and the clarity of expression—all in the context of a sophisticated, highly educated listener."—David Lawton, State University of New York, Stonybrook

"Petrobelli has regularly explored innovative areas of research long before other scholars become aware of their potential. An English-language edition of his essays is most welcome."—Philip Gossett, University of Chicago