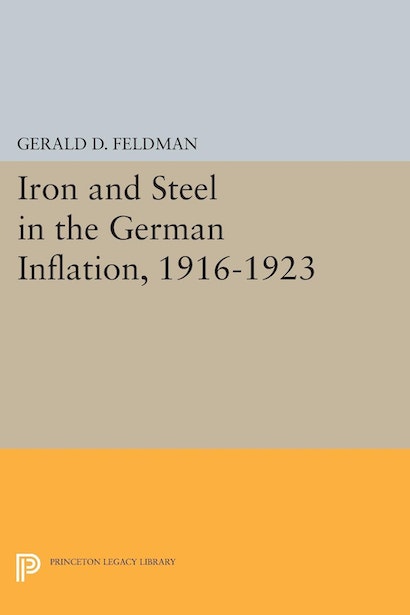 This study explains how businessmen in the German iron and steel industry managed their enterprises, dealt with their customers, and acted in their relations with state and society during a period of war, revolution, and economic crisis. Because this industry occupied a central position in Germany during the inflation, the author’s investigation illuminates certain crucial aspects of the Weimar Republic that have hitherto been relatively unexplored.

The author explains how heavy industry—and particularly the iron and steel industry-successfully took advantage of shortages of raw materials and of inflation to gain the upper hand over customers in the manufacturing industries. He notes that it proved able to resist government and consumer efforts to change and control policies affecting heavy industry and, finally, to lead the counterattack against labor’s greatest gain in the Revolution of 1918, the eight-hour day.

Although the importance of iron and steel to the German economy declined in relation to that of more advanced sectors of the economy, its highly concentrated character, able leadership, and importance to the war and reconstruction efforts gave it advantages in reconstituting its power within the business community and the Weimar state.