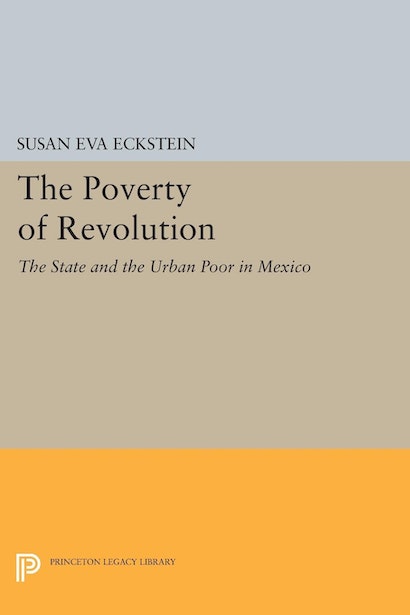 The plight of the urban poor in Mexico has changed little since World War II, despite the country’s impressive rate of economic growth. Susan Eckstein considers how market forces and state policies that were ostensibly designed to help the poor have served to maintain their poverty. She draws on intensive research in a center city slum, a squatter settlement, and a low-cost housing development.

"Any doubts left about how the PRI and the government co-opt and disarm popular discontent will be dispelled by this material. . . . a work of mature scholarship and a valuable contribution to the growing literature on Third World urbanization and development."—Alejandro Portes, Contemporary Sociology

About the epilogue: "Eckstein's study of post-earthquake reconstruction events represents a fine weaving of a complex case study into her larger discussion of politics and urban growth in Mexico. The case study is made much more interesting because of the way in which she links it to larger political trends, and the political analysis is made very real by her showing us how it works itself out through this remarkably interesting story. There is no doubt that the epilogue could stand on its own as an excellent monograph."—Judith Tendler, Massachusetts Institute of Technology