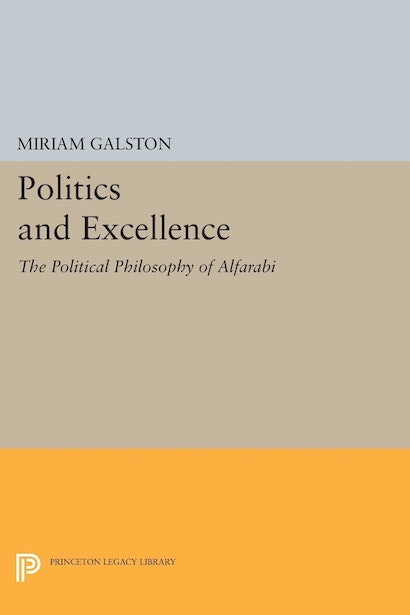 Widely recognized as one of the most original and profound philosophers that the medieval Islamic world produced, Alfarabi (870-950) wrote many works of political philosophy addressing the issues that dominated Greek political thought as well as new questions raised by the advent of revealed religion. Taking into account Alfarabi’s major political treatises, Miriam Galston develops a theory explaining how together they form a coherent philosophy of politics. Her inquiry centers on Alfarabi’s discussions of the nature of happiness, the attributes of ideal rulers, the best form of government, and the relationship between political science and theoretical inquiry. Based upon a new interpretation of Alfarabi’s method of writing, Galston explores his use of dialectic, which she traces, in part, to his belief that personal discovery is a condition of philosophic understanding and to his desire to create for the reader a dialogue between Plato and Aristotle.