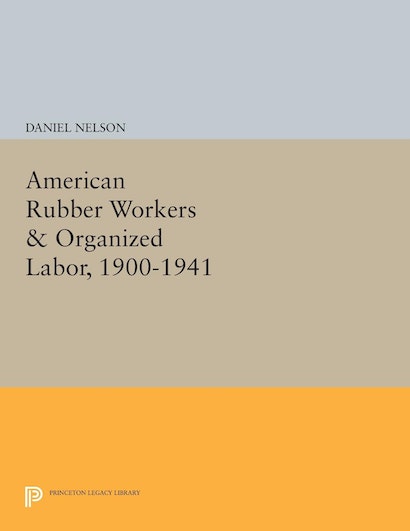 In 1900 the manufacture of rubber products in the United States was concentrated in several hundred small plants around New York and Boston that employed low-paid immigrant workers with no intervention from unions. By the mid-1930s, thanks to the automobile and the Depression, production was concentrated in Ohio, the labor force was largely native born and highly paid, and labor organizations had a decisive influence on the industry. Daniel Nelson tells the story of these changes as a case study of union growth against a background of critical developments in twentieth-century economic life.

The author emphasizes the years after 1910, when a crucial distinction arose between big, mass-production rubber producers and those that were smaller and more labor intensive. In the 1930s mass-production workers took the lead in organizing the labor movement, and they dominated the international union, the United Rubber Workers, until the end of the decade. Professor Nelson discusses not only labor’s triumph over adversity but also the problems that occurred with union victories: the flight of the industry to low-wage communities in the South and Midwest, internal tensions in the union, and rivalry with the American Federation of Labor. The experiences of the URW in the late 1930s foreshadowed the longer-term challenges that the labor movement has faced in recent decades.