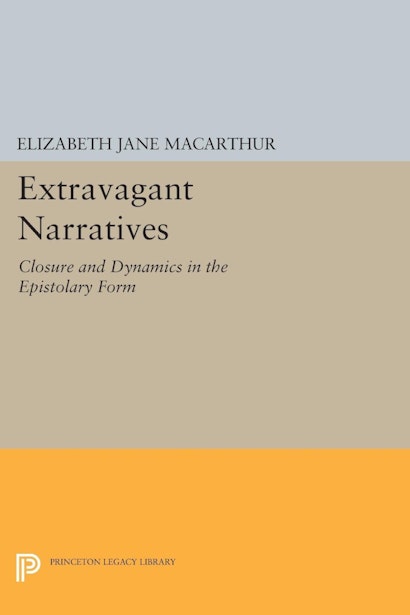 Challenging the view of epistolary narrative as a faulty precursor to the nineteenth-century realist novel, Elizabeth MacArthur argues that the openness and flexibility that characterize correspondences, both real and fictional, reflect the preoccupations of the late seventeenth and eighteenth centuries. Her readings of the Lettres portugaises, Mme du Deffand’s correspondence with Horace Walpole, and Rousseau’s La Nouvelle Hlose propose an alternative to closure-oriented theories of narrative as they uncover an interplay between two forces: a tendency towards closure and meaning (metaphor) and a tendency towards openness and desire (metonymy). While such an interplay structures all narrative, the epistolary form differs from the third or first person in the extent to which metonymy predominates. The author shows how critics and editors of correspondences have attempted to control their metonymy, channeling epistolary energy into univocal meaning. By juxtaposing real and fictional epistolary works, MacArthur reveals the similarities between the two, particularly their “extravagance”: ambiguity, openness, and forward-moving energy.

"MacArthur's study is an exemplary one and must bea read by anyone interested in the genre. It should also be read, particularly by modern critics."—Studies on the Novel