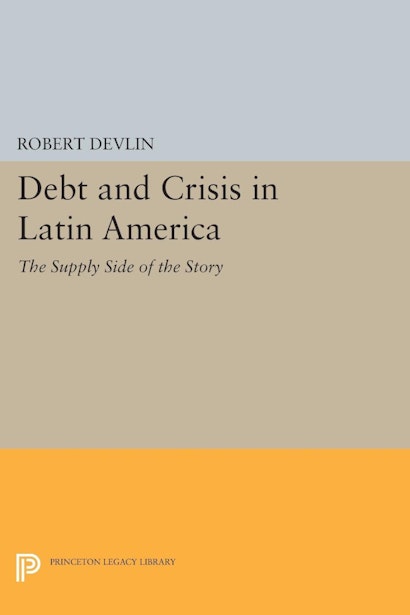 Examining the causes of the acute Latin American debt crisis that began in mid-1982, North American analysts have typically focused on deficiencies in the debtor countries’ economic policies and on shocks from the world economy. Much less emphasis has been placed on the role of the region’s principal creditors — private banks — in the development of the crisis. Robert Devlin rounds out the story of Latin America’s debt problem by demonstrating that the banks were an endogenous source of instability in the region’s debt cycle, as they overexpanded on the upside and overcontracted on the downside.

"[This] substantial study argues that Latin America's debt crisis of the 1980s and the resulting regionwide recession are owed largely to the role of commercial banks, which overexpanded credit and then overcontracted when the region's liquidity problems became evident."—Abraham Lowenthal, Foreign Affairs

"Offers an excellent analysis of the factors that contributed to the chronic borrowing by Latin American countries in the 1970s and the consequent run-up in the international debt to its present heights."—Patrick Conway, Latin American Research Review