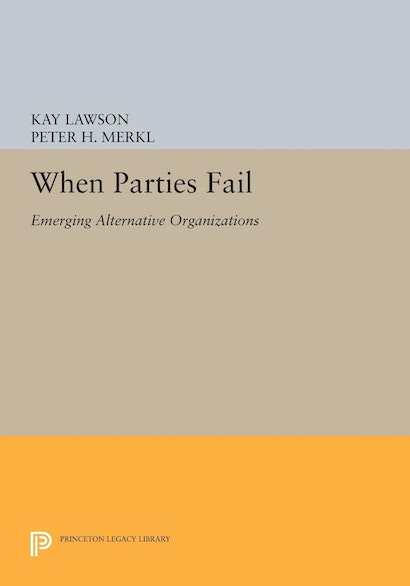 Throughout history parties have faltered and new groups have emerged, but rarely has this process been so accelerated, so widespread, and so conducive to dramatic political change as in our present era. When Parties Fail explores alternative organizations in depth and comparatively. Among the organizations discussed are environmentalist groups, such as the West German and Swedish Greens, the Italian Radicals, and local protest groups in Japan, Switzerland, and the United States. Also considered are new groups seeking attention in unresponsive party systems, such as the Danish Gilstrup party, the British SDP, and American PACs; community parties and movements in Israel, India, Britain, and the American South; and antiauthoritarian movements in Poland (Solidarity), Taiwan, and Ghana. The case of France provides an example of major party survival. Three broadly comparative chapters consider the reasons for major party persistence in some nations and the causes and impact of their decline in others.