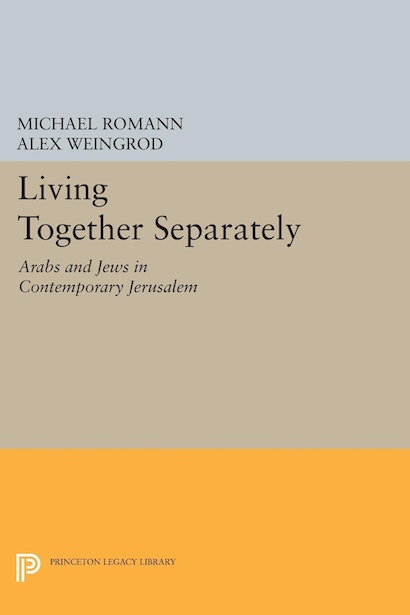 Much has been written about the religious and political conflicts of contemporary Jerusalem — and about the harsh realities of the intifada. But while analysts probe the violence in the “reunited city,” its residents must go about their daily affairs. Focusing on the conduct of everyday life, rather than on ideology, Living Together Separately provides a rare look at the complex networks of practical relations developed by Jews and Arabs in over two decades of Israeli control of the city. The work begins with a brief historical review of Jerusalem as an Arab-Jewish city. Then, combining the perspectives of urban geography and social anthropology, it addresses a wide range of questions. How does the use of urban space and urban systems reflect both segregation and integration? How do ethnic identities influence interactions in adjoining neighborhoods, in workplaces, and in a hospital? What rules govern Arab-Jewish contacts in business, consumer, and political settings? In the final chapter the authors evaluate the Jerusalem situation in comparison with conditions in other deeply divided cities and in light of the intifada. Long-time residents of Jerusalem, Romann and Weingrod seek to grasp the variety of day-to-day exchanges without preconceptions and from the viewpoints of all participants. “Michael Romann and Alex Weingrod are my pick to serve on a jury trying a very tangled case.” — Fouad Ajami, School of International Studies, The Johns Hopkins University