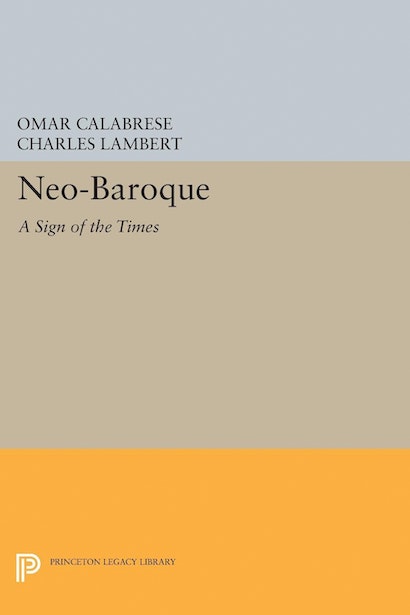 A leading young Italian semiologist scrutinizes today’s cultural phenomena and finds the prevailing taste to be “neo-baroque” — characterized by an appetite for virtuosity, frantic rhythms, instability, poly-dimensionality, and change. Omar Calabrese locates a “sign of the times” in an amazing variety of literary, philosophical, artistic, musical, and architectural forms, from the Venice Biennale through the “new science” to television series, video games, and “zapping” with the remote control device from channel to channel! Calabrese admits that he begins the book with a refusal to distinguish between “Donald Duck and Dante.” Avoiding hierarchies or ghettos among works, he takes his readers on a fast-paced expedition through contemporary culture that closes with an elegant essay on evaluation and classical form. According to Calabrese, the enormous quantity of narrative now being produced has led to a new situation: everything has already been said, and everything has already been written. The only way of avoiding saturation has been to turn to a poetics of repetition. The author shows that pleasure in texts is now produced by tiny variations, and a certain kind of citation from other works has taken on a central importance that would have been unthinkable only a few years ago. In describing this development, and others shared by both avant-garde and mass media, he makes us aware of the rapid shrinkage in the once ample space between “highbrow” and “lowbrow.”