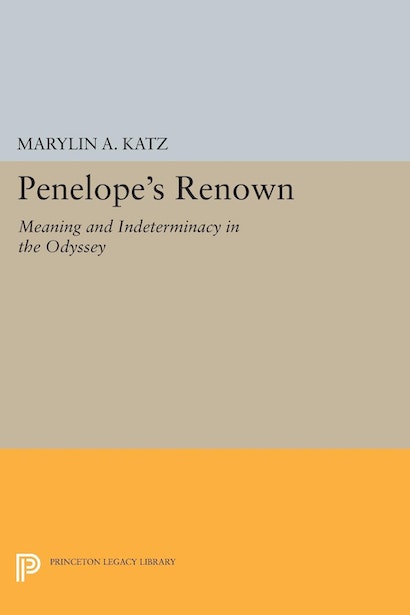 Noted for her contradictory words and actions, Penelope has been a problematic character for critics of the Odyssey, many of whom turn to psychological explanations to account for her behavior. In a fresh approach to the problem, Marylin Katz links Penelope closely with the strategies that govern the overall design of the narrative. By examining its apparent inconsistencies and its deferral of truth and closure, she shows how Penelope represents the indeterminacy that is characteristic of the narrative as a whole. Katz argues that the controlling narrative device of the poem is the paradigm of Agamemnon’s fateful return from the Trojan War, narrated in the opening lines of the Odyssey. This story operates not only as a point of reference for Odysseus’ homecoming but also as an alternative plot, and the danger that Penelope will betray Odysseus as Clytemnestra did Agamemnon is kept alive throughout the first half of the poem. Once Odysseus reaches Ithaca, however, the paradigm of Helen’s faithlessness substitutes for that of Clytemnestra. The narrative structure of the Odyssey is thus based upon an intratextual revision of its own paradigm, through which the surface meaning of Penelope’s words and actions is undermined though never openly discredited.