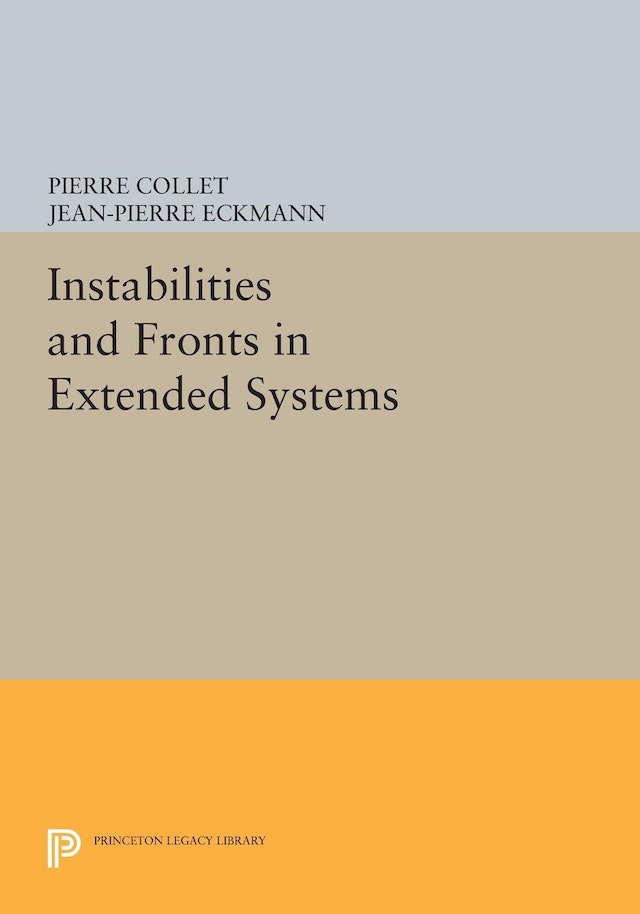 The physics of extended systems is a topic of great interest for the experimentalist and the theoretician alike. There exists a large literature on this subject in which solutions, bifurcations, fronts, and the dynamical stability of these objects are discussed. To the uninitiated reader, the theoretical methods that lead to the various results often seem somewhat ad hoc, and it is not clear how to generalize them to the nextthat is, not yet solvedproblem. In an introduction to the subject of instabilities in spatially infinite systems, Pierre Collet and Jean-Pierre Eckmann aim to give a systematic account of these methods, and to work out the relevant features that make them operational. The book examines in detail a number of model equations from physics. The mathematical developments of the subject are based on bifurcation theory and on the theory of invariant manifolds. These are combined to give a coherent description of several problems in which instabilities occur, notably the Eckhaus instability and the formation of fronts in the Swift-Hohenberg equation. These phenomena can appear only in infinite systems, and this book breaks new ground as a systematic account of the mathematics connected with infinite space domains.