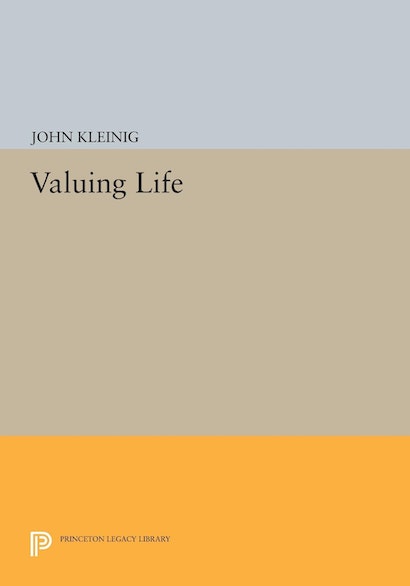 Abortion, euthanasia, capital punishment, war, genetic engineering and fetal experimentation, environmental and animal rights — these topics inspire some of today’s most heated public controversies. And it is fashionable to pursue these debates in terms of the negative query “Under what conditions may life be disregarded or terminated?” John Kleinig asks a different, more positive question: What may be said in behalf of life? Looking at the full range of appeals to life’s value, he considers a variety of issues. Is livingness as such to be affirmed and respected? Is there an ascending order of plant, animal, and human life? Does human life possess a distinctive claim, or must we discriminate between humans that do and humans that do not have claims on us? Kleinig shows that assertions about valuing life camouflage a complex normative vocabulary about worth, reverence, sanctity, dignity, respect, and rights. And “life,” too, is subject to an assortment of understandings. Sensitive to the frameworks informing diverse appeals to life’s value, this comprehensive work will interest readers concerned with the environment, animal rights, or bioethics.

"This is a very comprehensive survey of the way in which the idea of life's value has been used to sustain or deny a quite staggering range of moral claims. Everything is here, from the respect that might be owed to the tiniest micro-organism to the claims that the entire ecosystem makes upon us. It is a pleasure to follow an intelligent and uncompromising mind through such an exhaustive list of the fundamental questions of morality. Few will be able to read [Valuing Life secure that all their prejudices and beliefs about the value of life will remain intact."—Times Literary Supplement