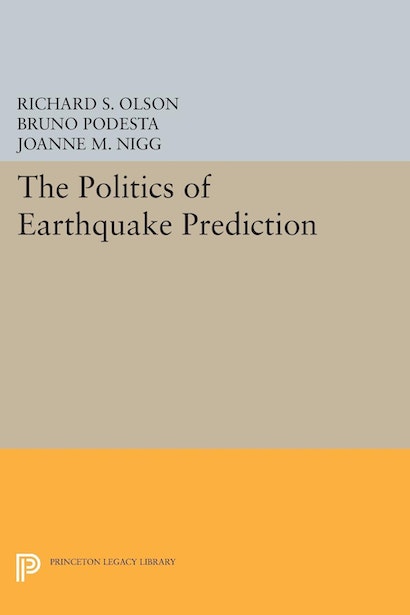 The Politics of Earthquake Prediction is a suspenseful account of what happens when scientists predict an enormous earthquake for a specific day — an earthquake that did not, in this instance, happen, but which, if it had, would have been one of the most destructive of our century. Working in a field where uncertainty abounds, Dr. Brian Brady of the U.S. Bureau of Mines and Dr. William Spence of the U.S. Geological Survey gradually came to the conclusion that a catastrophic quake would occur on June 28, 1981, off the coast of central Peru, near the great population center of Lima-Callao. Their research was based on a theory challenging scientific notions widely accepted in the seismological “establishment.” This book is a fast-paced but thorough and sensitive description of how this scientific dispute became a political controversy.

The work portrays in detail the struggles of scientists and government officials in both the United States and Peru attempting to “do the right thing” as the target date approached. The authors emphasize the political, economic, and moral dilemmas of earthquake prediction, the impact of the media, and the potentially drastic consequences of ignoring a valid prediction.