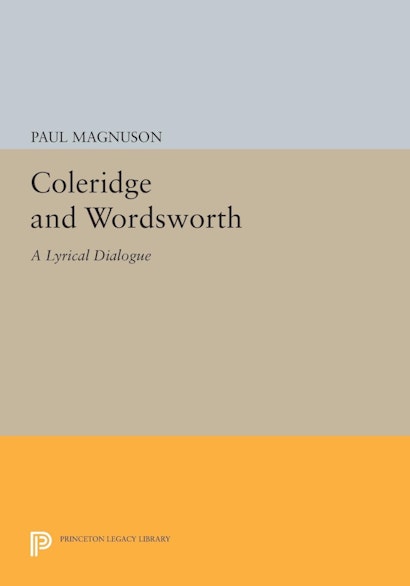 Paul Magnuson contends that the relationship between Coleridge’s and Wordsworth’s poetry is so complex that a new criticism is required to trace its intricacies. This book demonstrates that their poems may be read as parts of a single evolving whole, a “dialogue” in which the works of one are responses to and rewritings of those of the other. Professor Magnuson discloses this dialogue as a joint canon, or sequence, which includes the complete early versions of poems, as well as fragments, canceled drafts, and poems in progress. He further shows that this sequence is based on lyric structure: the relations among its poems and fragments resemble those among stanzas in an ode, and individual poems take their significance from their surrounding contexts in the dialogue. Coleridge’s and Wordsworth’s poetic conversation arose from their recognition that their themes and styles were similar. There were, as one of Coleridge’s friends said, “fears of amalgamation,” and it was actually from their failed attempts to collaborate on individual works that their dialogue began.

The first chapter of the book elaborates a dialogic methodology and the following chapters discuss the dialogic relationship between Wordsworth’s Salisbury Plain poems and “The Ancient Mariner”; “The Ruined Cottage” and Coleridge’s “Christabel”; Coleridge’s Conversation Poems and Wordsworth’s “Tintern Abbey”; Wordsworth’s Goslar poetry of 1798, “Home at Grasmere,” and Lyrical Ballads (1800); and the dejection dialogue of 1802.