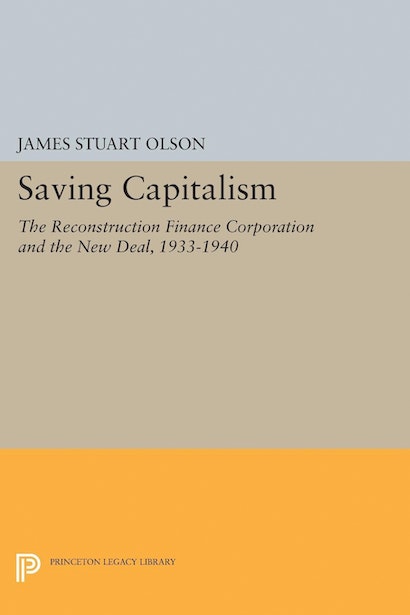 For two generations historians have debated the significance of the New Deal, arguing about what it tried and tried not to do, whether it was radical or reactionary, and what its origins were. They have emphasized the National Recovery Administration, Agricultural Adjustment Administration, Tennessee Valley Authority, or the various social and labor legislation to illustrate an assortment of arguments about the “real” New Deal. Here James Olson contends that the little-studied Reconstruction Finance Corporation was the major New Deal agency, even though it was the product of the Hoover Administration. Pouring more than ten billion dollars into private businesses during the 1930s in a strenuous effort to “save capitalism,” the RFC was the largest, most powerful, and most influential of all New Deal agencies, proving that the main thrust of the New Deal was state capitalism — the use of the federal government to shore up private property and the status quo. As national and international money markets collapsed in 1930, Hoover created an RFC with a structure similar to that of his War Finance Corporation. The agency was given two billion dollars to make low-interest loans to commercial banks, savings banks, other financial institutions, and railroads. With modifications, it survived the ultimate collapse of the economy in 1933 and went on to become the central part of the New Deal’s effort to preserve fundamental American institutions.