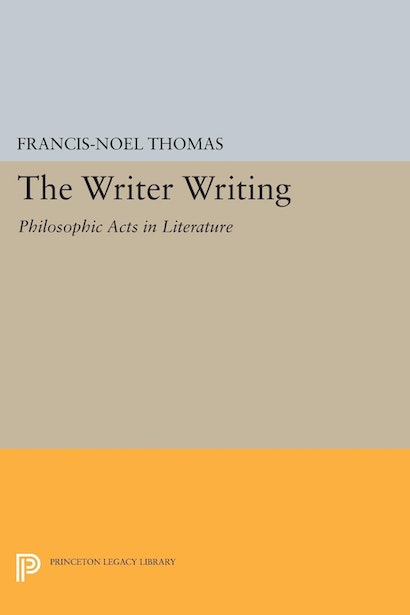 In an age of authorless, contextless, deconstructed texts, Francis-Noël Thomas argues that it is time to re-examine a fundamental but neglected concept of literature: writing is an action whose agent is an individual. Addressing both general readers and scholars, Thomas offers two cases, Bernard Shaw’s Saint Joan and Marcel Proust’s A la recherche du temps perdu, read against the background of the authors’ large, eccentric, and surprisingly similar claims about their texts as acts. He examines what happens when we take these claims seriously enough to find out why the authors made them in the first place and what bearing they have on the texts themselves.

"This lucid, vigorously written book is a refreshing demonstration of the sophistication of common sense. The Writer Writing makes a persuasive case for the reinstatement of the writer's intention, the living author, and the stubborn individuality of the particular literary text, at the heart of interpretation. Francis-Noël Thomas is an important new voice in the rising chorus of objections to the critical orthodoxies that have dominated academic literary studies over the past quarter-century."—Robert Alter, University of California, Berkeley

"In this deeply original book, Francis-Noël Thomas engages the actions of writers writing. He has allowed the artists themselves, not a theory that supersedes them, to yield access to diverse experiences that could not have been predicted by even the shrewdest of theorists. In his hands, the `old-fashioned' notion that art works are individual projects of individual artists inviting us into diverse worlds feels refreshingly new."—adapted from the foreword