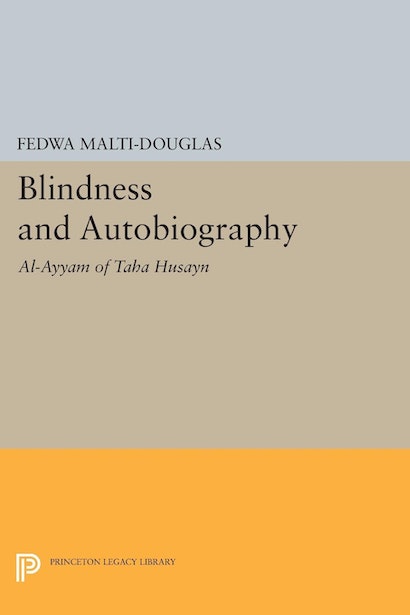 The three-volume life-story of the Egyptian intellectual Tahah Husayn (1889-1973) is a landmark in modern autobiography, in Arabic letters, and in the literature of blindness. This justly celebrated text, however, has never been subjected to the sustained literary analysis here presented by Fedwa Malti-Douglas. Born into a modest family and blinded in childhood, Husayn nevertheless conquered first his own and then a European educational system to become one of his country’s leading modernizers. Professor Malti-Douglas shows that the personal, social, and literary reality of the hero’s blindness gives the autobiography its unity and force. Blindness and Autobiography is not only a rich explication of al-Ayyam but a pioneering study of the interaction between a severe physical handicap and the autobiographical process. It adds a new perspective to the contemporary discussion of the cultural uses of the body.

The first part of the book explores blindness and society, from the evolving conflict between personal and social conceptions of the handicap to the way blindness redefines the more familiar issues of traditional versus modern, East versus West. The second section examines the relationship of blindness to the autobiography’s ecriture, rhetoric, and narration.