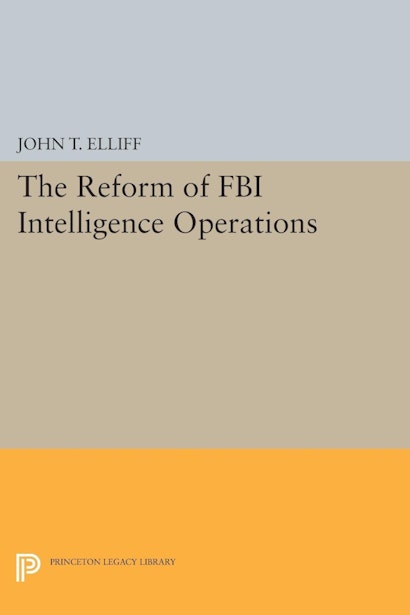 Acts of terrorist violence and foreign espionage may pose a serious threat to the security of the United States; yet recent disclosures demonstrate the great risk in giving an agency such as the FBI unlimited authority for gathering intelligence about terrorists and spies. Taking into account the findings and recommendations of the post-Watergate inquiries into FBI operations, John Elliff analyzes the legal and policy questions posed by a “security police” in a nation committed to constitutional government and the rule of law.

The author draws on his experience both as principal consultant for the Police Foundation’s research on FBI intelligence operations and as head of the Church committee’s congressional staff task force on domestic intelligence. He examines the changes made in the structure and policy framework for FBI intelligence operations, including issues not fully resolved by reorganization and new guidelines. He also covers the standards and procedures for dealing with misconduct by FBI personnel.

Dr. Elliff concludes that the present restrictions on FBI activities are necessary and that close supervision and control by the Attorney General will allow the Bureau to operate effectively without depriving law-abiding persons of their privacy or their freedom.