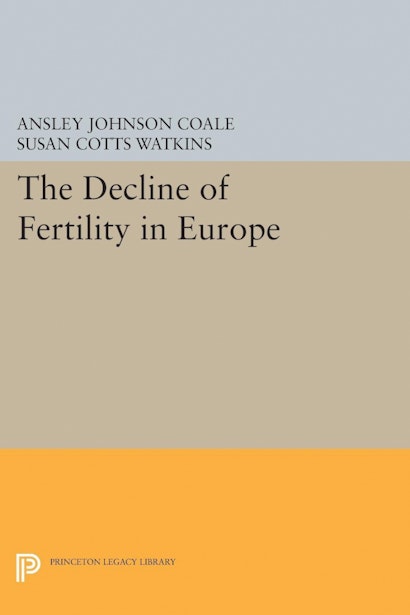 This volume summarizes the major findings of the Princeton European Fertility Project. The Project, begun in 1963, was a response to the realization that one of the great social revolutions of the last century, the remarkable decline in marital fertility in Europe, was still poorly understood.