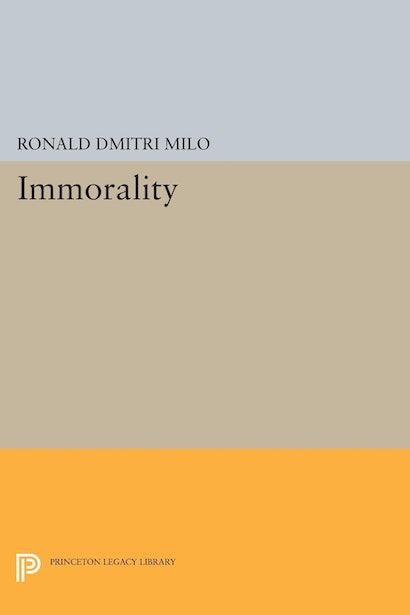 This book explores a much-neglected area of moral philosophy — the typology of immorality. Ronald D. Milo questions the adequacy of Aristotle’s suggestion that there are two basic types of immorality — wickedness and moral weakness — and argues that we must distinguish between at least six different types of immoral behavior.