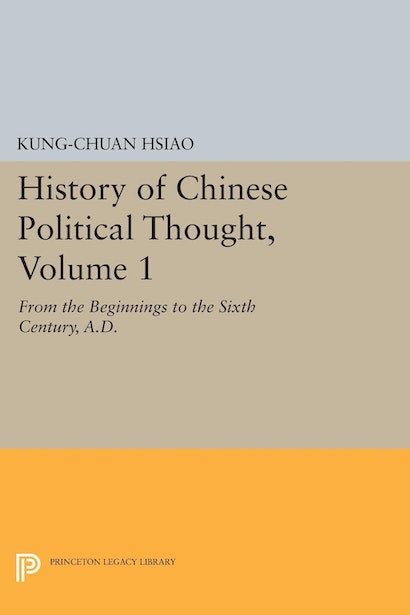 This volume launches the translation of a work that describes the development of Chinese political thought from the time of Confucius in the late Chou era into the twentieth century. The author systematically treats leading thinkers, schools, and movements, displaying a consummate mastery of traditional Chinese learning, and of Western analytical and comparative methods. This first complete translation includes prefatory remarks by Kung-chuan Hsiao and notes prepared by the translator to assist the Western reader.