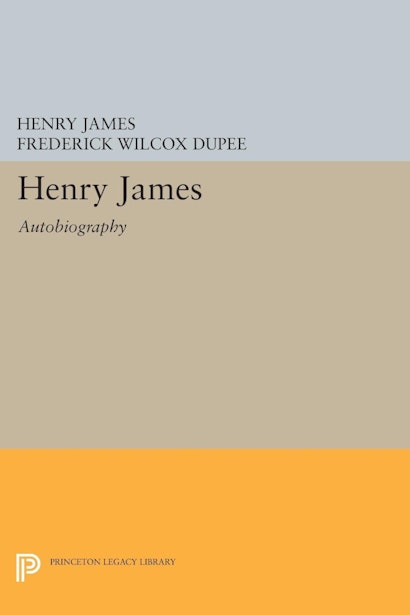 Originally written as three complete books, this one-volume edition includes A Small Boy and Others, Notes of a Son and Brother, and The Middle Years. Begun when James was sixty-eight years old, it was written at a time when his great critical mind was actively devoted to the understanding of his existence in its complicated wholeness. The reader will come away from the book with a picture of the man within the novelist — the intimate basis of James’s themes and methods.

Taking its place beside The Education of Henry Adams and Hawthorne’s “The Custom House,” the work is an important contribution to America’s autobiographic literature. It is a highly personal account of the great novelist’s discovery of Europe and of his artistic vocation, as well as a fascinating story of the life of one of the most remarkable families of the nineteenth century, the members of which experienced, in James’s own words, “the classic years of the great Americano-European legend.”

Henry James (1843-1916) was a master of the psychological novel and one of the original prose stylists in English.