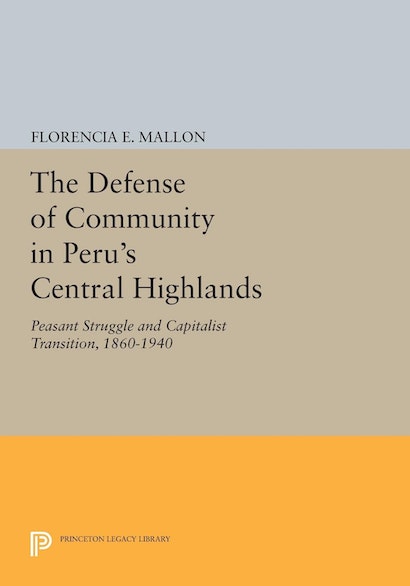 Florencia E. Mallon examines the development of capitalism in Peru’s central highlands, depicting its impact on peasant village economy and society. She shows that the region’s peasantry divided into an agrarian bourgeoisie and a rural proletariat during the period under discussion, although the surviving peasant ideology, village kinship networks, and the communality inspired by economic insecurity have sometimes obscured this division.