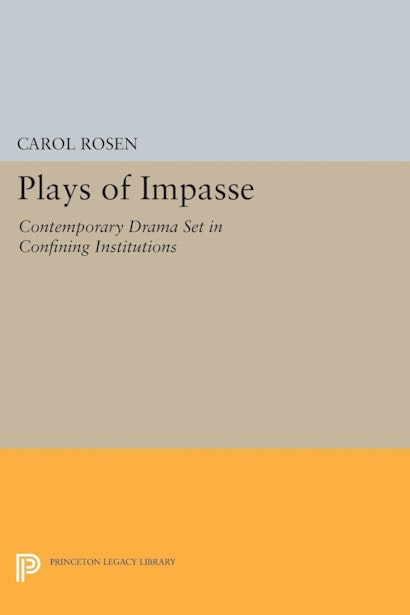 This work probes the structure and significance of the increasingly numerous and highly visible plays set in contemporary society’s dead ends the hospitals, insane asylums, prisons, and military training camps so aptly described by Erving Goffman as total institutions.” Carol Rosen shows how the setting in these plays tends to engulf and then to exclude the audience, turning an encompassing stage structure a closed, controlling, absolute system into a protagonist that overwhelms the characters.