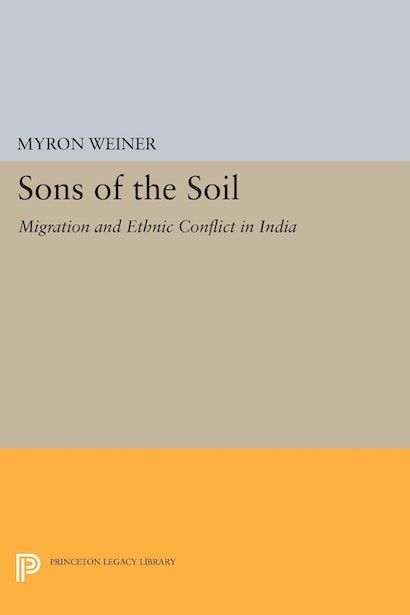 Myron Weiner’s study of the relationship between internal migration and ethnic conflict in India is exceptional for two reasons: it focuses on intercultural and interstate migration throughout the nation, rather than on merely local or provincial phenomena, and it examines both the social and the political consequences of India’s interethnic migrations.

Professor Weiner examines selected regions of India in which migrants dominate the modern sector of the economy. He describes the forces that lead individual Indian citizens to move from one linguistic-cultural region to another in search of better opportunities, and he attempts to explain their emergence at the top of the occupational hierarchy. In addition, the author provides an account of the ways in which the indigenous ethnic groups (“sons of the soil”) attempt to use political power to overcome their fears of economic defeat and cultural subordination by the more enterprising, more highly skilled, better educated migrants.

In addressing the fundamental clash between the migrants’ claims to equal access to their country and the claims of the local groups to equal treatment and protection by the state, Professor Weiner considers some of the ways in which government policy makers might achieve greater equality among ethnic groups without simultaneously restricting the spatial and social mobility of some of its own people.