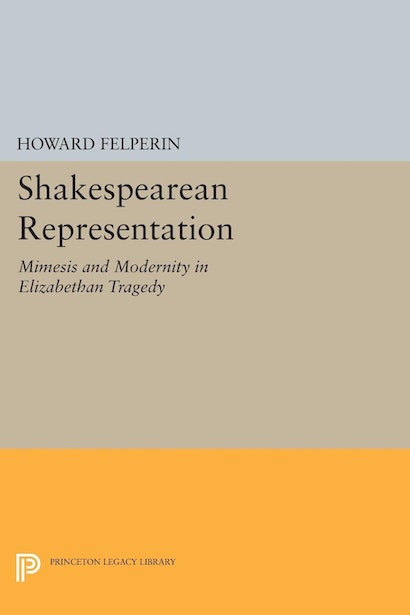 We are often told that Shakespeare is our contemporary, yet we insist just as often on the Elizabethan quality of his work as it reflects a culture remote from our own. Beginning with this paradox, Howard Felperin explores the question of modernity in literature. He directs his attention toward several older poets and examines Shakespeare in particular to show how literary modernity depends, not on chronological considerations, but on the process of mimesis, or imitation, that art has traditionally claimed for itself.

In analyzing Shakespeare’s major tragedies, Professor Felperin notes that each carries within it a model of its dramatic prototypes, and therefore requires a conservative response from its interpreters. In the interest of being truer to life than its model, however, each play departs from that model and so requires a Romantic or modernist response as well. The author contends that Shakespeare’s meaning arises from this ambivalent relation to the forms of the past.