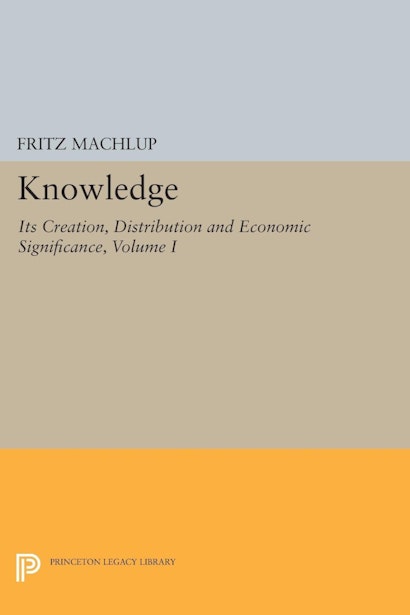 With this first of eight volumes, the eminent economist Fritz Machlup launches his monumental inquiry into the production of knowledge as an economic activity. Volume I presents the conceptual framework for this inquiry and falls into three parts: Types of Knowledge, Qualities of Knowledge, and Knowledge as a Product.