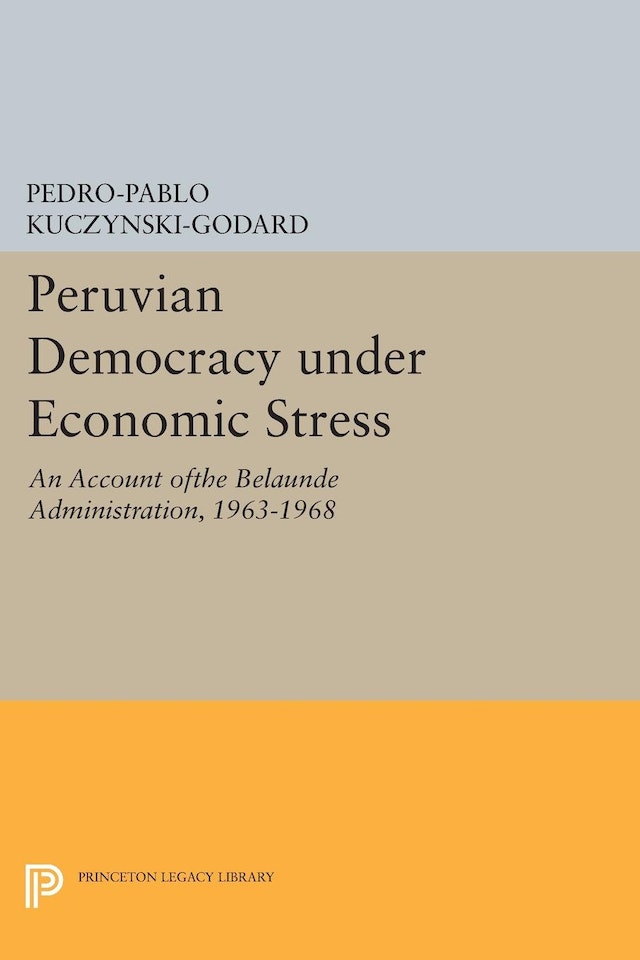 As economic adviser and manager of the Central Reserve Bank of Peru, Pedro-Pablo Kuczynski observed at first hand the crisis that preceded the overthrow of the Belaúnde administration on October 3, 1968. His role in the economic policies of that era enables him to provide an insider’s view and analysis of the financial and economic problems besetting a democratic regime in a developing country.

The author pays particular attention to the reasons for the difficulties of the administration after a promising beginning. He considers the main actors during the period 1966-1968, their central motives, the role of the opposition-controlled Congress, the government’s efforts to cope with economic and financial problems, and the role of U.S. foreign policy. The initial successes of the administration in areas such as social participation depended on the initiative of a few key figures—a dependence that contributed to the crisis of 1966-1968.