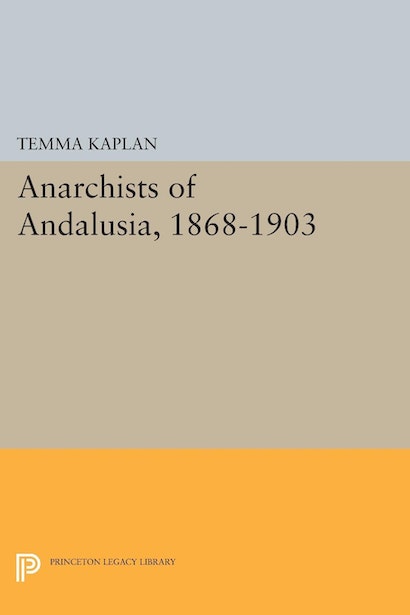 Andalusian anarchism was a grassroots movement of peasants and workers that flourished in Cádiz Province, the richest sherry-producing area in the world, from about 1868 to 1903. This study focuses on the social and economic context of the movement, and argues that traditional interpretations of anarchism as irrational, spontaneous, or millenarian are not justified. The extensive archival research undertaken for this book leads Temma Kaplan to a major reinterpretation of the nature of anarchism.

Using the police reports in local archives to reconstruct the lives of more than three hundred rank-and-file anarchists, Temma Kaplan shows that the Andalusian movement was highly organized and dedicated to defending the interests of workers and peasants through a wide variety of organizations. These included trade unions, workers’ circles, and women’s societies, all of which favored general strikes and insurrections rather than terrorism.