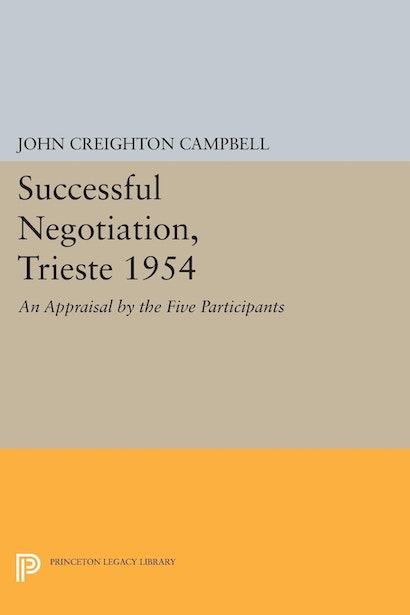 The 1954 settlement of the territorial dispute over Trieste is remarkable when viewed in the perspective of twenty years, and especially so for the light it sheds on the principles of successful negotiation. This book offers the recollections and evaluations of the five experienced, skillful men who conducted the negotiations between Italy and Yugoslavia. Their different perspectives provide valuable insight into the resolution of this conflict and suggest methods for resolving future disputes.

In his conclusion, John C. Campbell points out that although the success of the Trieste negotiations was partly a matter of skillfully applied techniques, it was also in large measure due to the changing political context, which at a certain point was recognized by all parties to favor settlement.