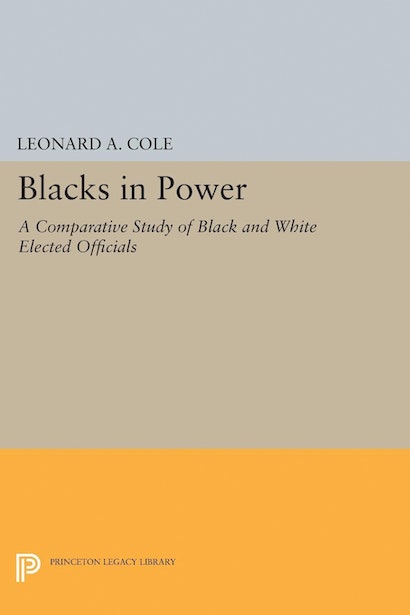 This book examines the remarkable increase of blacks at all levels of political life and makes the first systematic comparison of black and white elected officials. While observers have disagreed as to whether black politicians act differently from their white counterparts, little empirical work has been done because until recently there were few blacks in office. Leonard A. Cole’s analysis of elected officials in New Jersey has an important bearing on the controversy.