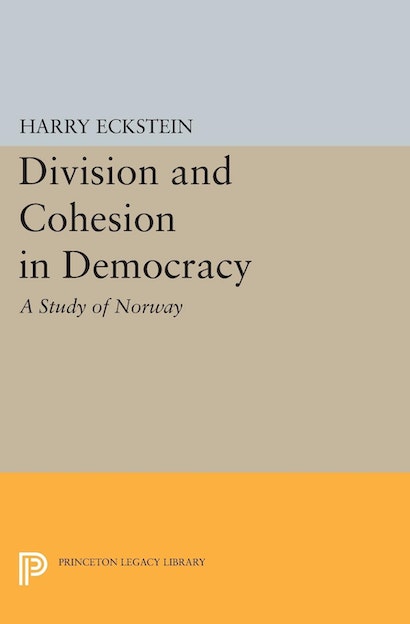 To understand what conditions make democracies stable or unstable, effective or ineffective, Professor Eckstein examines the stability and effectiveness of Norwegian democracy. He finds them both to be high. He then examines several theories derived from the study of other democracies or from comparative studies of other democratic and nondemocratic societies. Virtually all present an inadequate explanation of the Norwegian case, because the political divisions in Norway are the kind usually associated with instability and ineffectiveness of democratic rule. The author explains, however, that a profound sense of community exists despite the political cleavages.